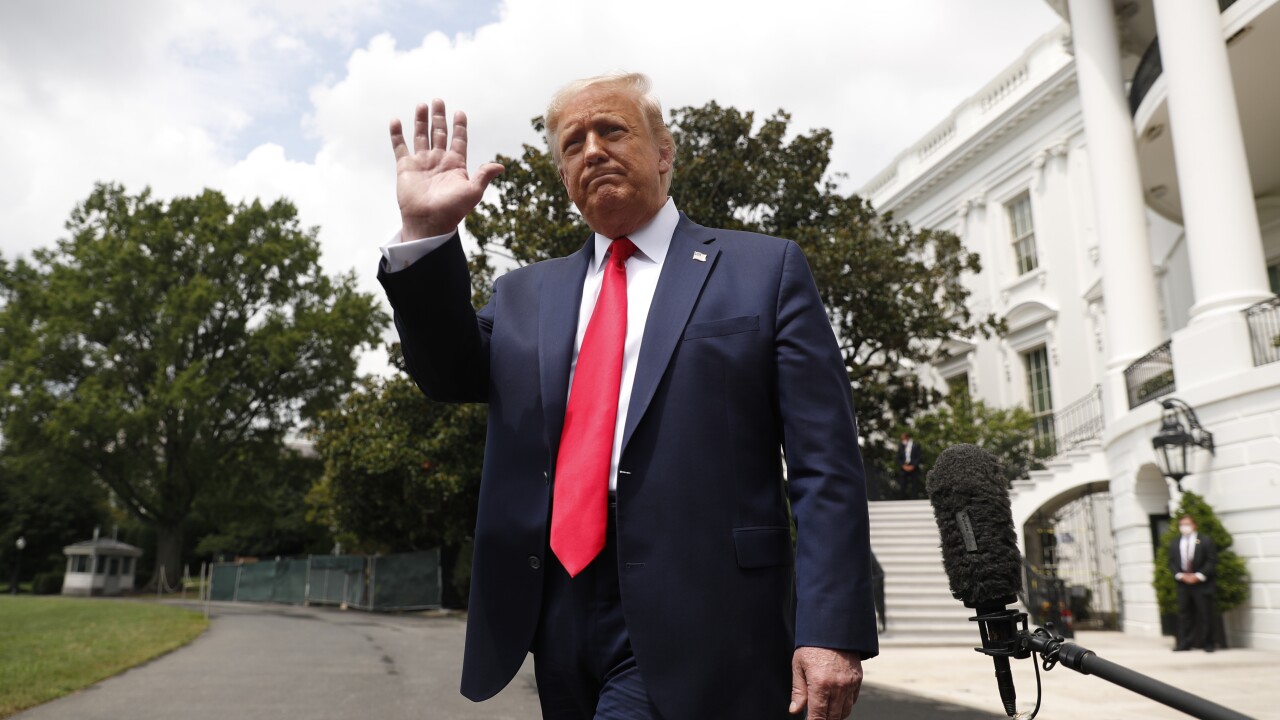 Copyright 2020 The Associated Press. All rights reserved
Andrew Harnik/AP
President Donald Trump waves as he walks to board Marine One on the South Lawn of the White House in Washington, Thursday, Aug. 6, 2020, for a short trip to Andrews Air Force Base, Md. and then on to Cleveland, Ohio. (AP Photo/Andrew Harnik)

WASHINGTON (AP) — President Donald Trump has been forced to play defense in states he led comfortably months ago, and on Thursday he set his sights on Ohio. The visit was an attempt to reframe the centerpiece of his reelection pitch.

At Burke Lakefront Airport in Cleveland, the president delivered a short speech promoting his reelection campaign and highlighting his administration's work in the state.

Watch his remarks below:

Trump promoted the economic prosperity that much of the nation enjoyed before the coronavirus pandemic, and tried to make the case that he's best suited to rebuild a crippled economy.

However, Trump's handling of the pandemic has weakened his reelection bid and he's having to spend time and resources in a state he won easily in 2016, but now could be in danger of slipping away.

Shortly before the speech, Ohio Gov. Mike DeWine's office announced that the Republican leader had tested positive for the coronavirus.

DeWine's office said Thursday he took the test as part of standard protocol before meeting Trump. He had planned to join the president on a visit to the Whirlpool Corp. plant in northwest Ohio.

The governor's office said DeWine has no symptoms but is returning to Columbus. His office said he and his wife, Fran DeWine, will both be tested there. DeWine then plans to quarantine at his home in Cedarville for 14 days.