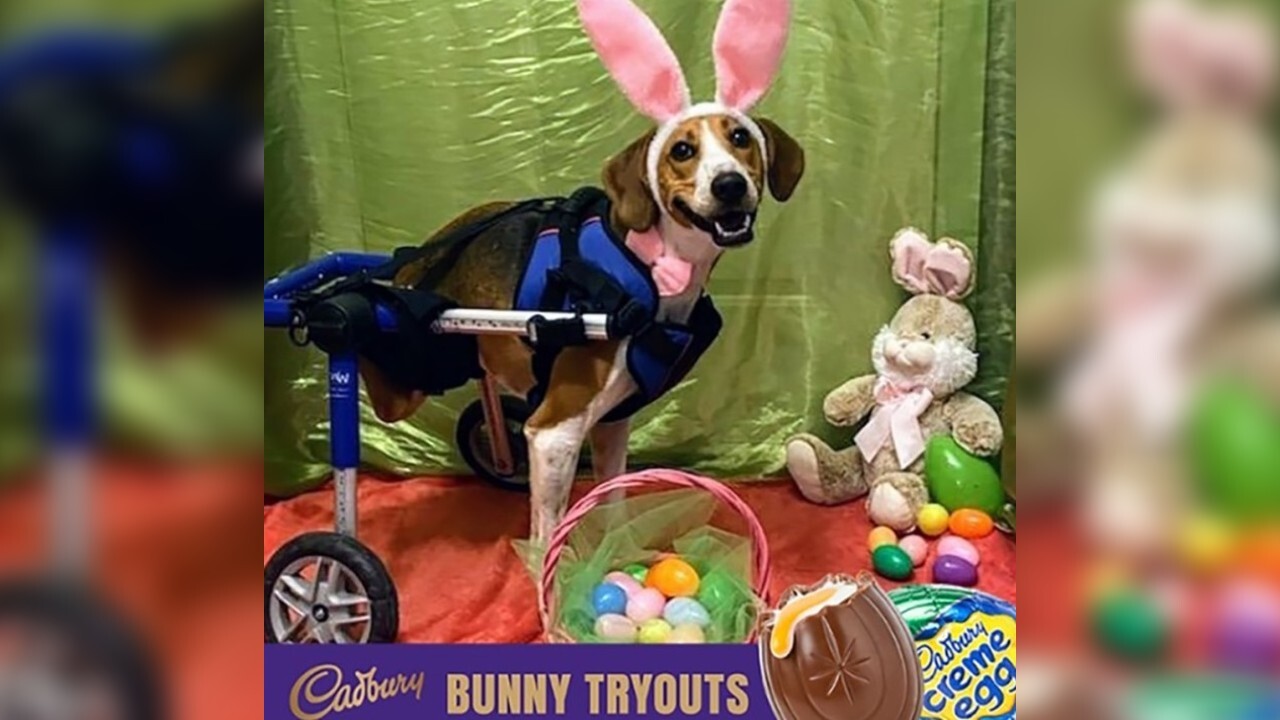 NEW RICHMOND, Ohio -- A two-legged dog from New Richmond, Ohio, is now a star after he was named the 2020 Cadbury Bunny.

After becoming a social media sensation and an inspiration to many, the dog named Lieutenant Dan has received the recognition he deserves.

Besides Lt. Dan, there was a mini-horse, a pig, a llama, a hamster, a duck and two cats who tried out for the title.

The Ohio coonhound is named after the character in “Forrest Gump” who lost his leg during the Vietnam War.

Lieutenant Dan’s owners, who adopted him from a rescue, describe him as having a “joy for life that is infectious and inspiring” and despite being born different, said he hasn’t been slowed down one bit.

The pup is already a star, with more than 6,000 followers on the Instagram account created for him.

This story was originally published by Kaylyn Hlavaty at WEWS.