Evacuations ordered for some

MURRIETA, Calif. — A wildfire in Murrieta, California, that prompted evacuations and has scorched more than 1,000 acres is showing very few signs of slowing down.

The so-called Tenaja Fire, possibly sparked by an afternoon lightning storm, was reported just before 4:45 p.m. Wednesday in an area near Tenaja Road and Clinton Keith Road, according to Cal Fire officials.

As of 6 a.m. on Thursday, Cal Fire officials said the fire has grown to about 1,400 acres burned and was at 7 percent containment. The area burned so far is the equivalent of 16 Disneyland theme parks. The magic lands and public areas of Disneyland occupy about 85 acres.

No structures have been damaged and no injuries were immediately reported. 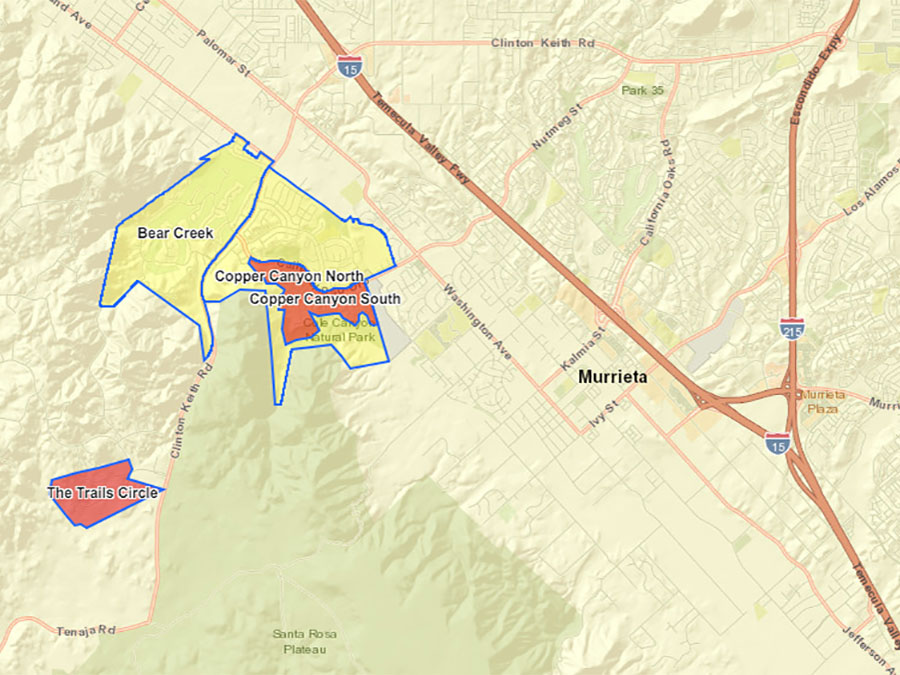 Additionally, the Murrieta Valley Unified School District said all of its schools will be closed Thursday. District officials are advising the public that Murrieta Mesa High School is a designated Red Cross evacuation center.

This story was originally published by Jermaine Ong on KGTV.