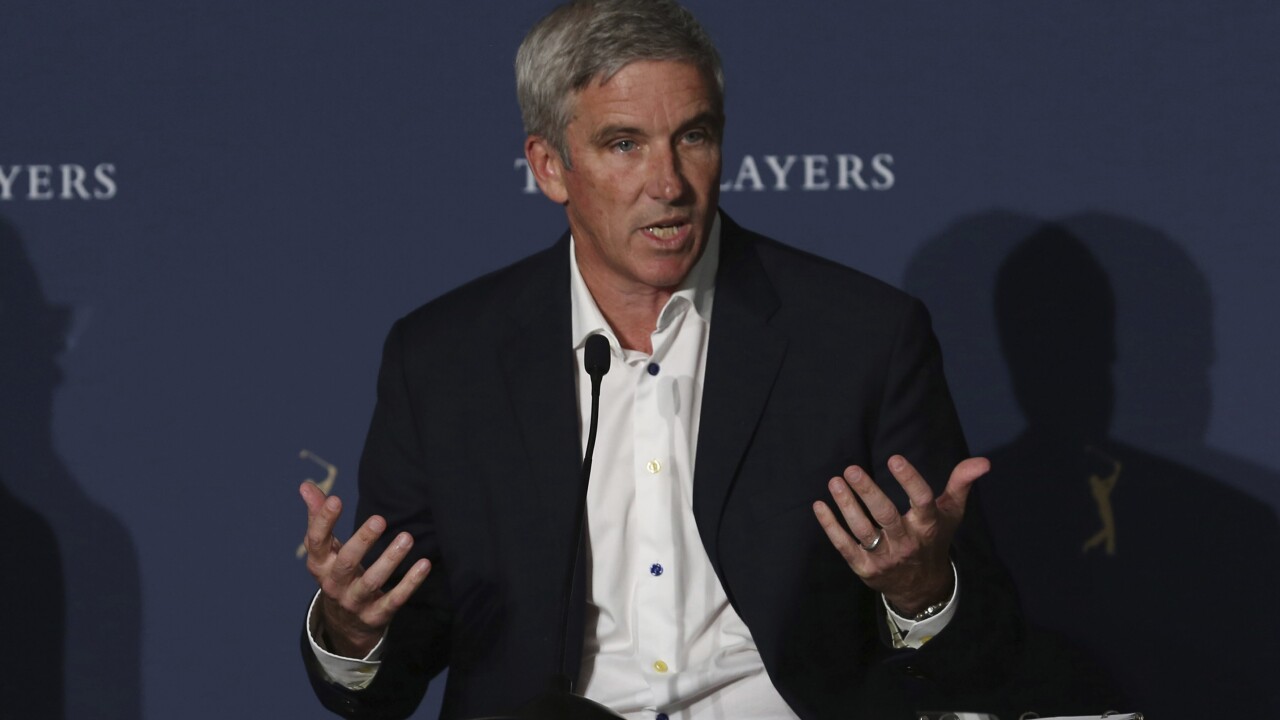 PGA Tour Commissioner Jay Monahan speaks at a news conference at the The Players Championship golf tournament, Thursday, March 12, 2020, in Ponte Vedra Beach, Fla. Monahan announced that the tournament will proceed without fans starting on Friday. The policy will continue through the Valero Texas Open. (AP Photo/Marta Lavandier)

PONTE VEDRA BEACH, Fla. (AP) — The PGA Tour plans to keep playing, just without anyone watching from outside the ropes.

Commissioner Jay Monahan says fans will not be allowed for the final three rounds of The Players Championship and the next three weeks up until the Masters.

That affects the Valspar Championship in Tampa, the Dell Match Play in Austin, Texas, and the Valero Texas Open in San Antonio.

Augusta National has not said what it will do for the Masters.

Monahan says golf is different from other sports canceling events because it's outdoor over expansive property.

“This is a difficult situation, one with consequences that impact our players, fans and the communities in which we play,” wrote Monahan in a statement. “As I said earlier this week, we’ve had a team in place that has been carefully monitoring and assessing the situation and its implications for several weeks. We’ve weighed all the options, and I appreciate the input and collaboration across the TOUR, our industry, our partners and our members that got us to this point. We’ll continue with that collaboration, and I want to thank our fans for supporting the PGA TOUR.”

Watch the commissioner provide an update on The Players Championship and beyond: