US surpasses 10 million cases of COVID-19; 1 million have contracted virus in last 10 days

The U.S. has surpassed another bleak marker in the COVID-19 pandemic, as the country has reached 10 million confirmed cases of the virus, according to a database kept by Johns Hopkins.

The milestone comes just hours after global cases surpassed 50 million, meaning about one out of every five people around the world diagnosed with the virus since the pandemic began has been diagnosed in the U.S.

At least 237,000 Americans have died of the virus since the pandemic began. The U.S. continues to lead the world in both total cases and in deaths linked to the virus.

The U.S. surpassed its 10 millionth case as the country deals with a disturbing spike in infections ahead of the winter months. The country surpassed 120,000 new cases in a single day three times last week, obliterating previous records. Prior to last week, the most confirmed cases the U.S. had seen in a single day was 102,000.

The U.S. has recorded a million new cases of COVID-19 in the last 10 days alone. The country surpassed the 9 million case plateau on Oct. 30.

In addition to the spike in cases, hospital resource use is also on the rise, and deaths linked to the virus are up slightly in recent days, though the death rate is not near what it was in March and April. 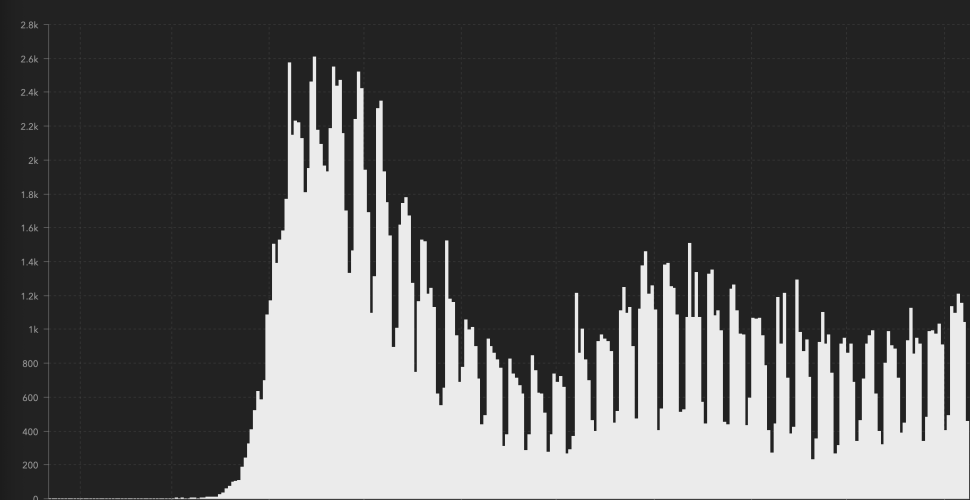 Health experts have warned that the U.S. is currently in a perilous position in the pandemic, with transmission rates as high as they have ever been as Americans move social gatherings indoors for winter months.

In a memo last week, Dr. Deborah Birx — a member of the White House coronavirus task force — warned that the country is entering "the most deadly and concerning" phase of the pandemic.

Late last month, Dr. Anthony Fauci — a member of the White House coronavirus task force and the county's top expert on infectious diseases — warned that the U.S. was in for a "whole lot of pain" if things didn't change soon.

The U.S. did get some good news in the pandemic on Monday, as Pfizer announced that its vaccine candidate has been 90% effective in promoting immunity against the virus. However, even if the vaccine were to get FDA approval in the next few days, it would still take several months for most of the country to be vaccinated — and officials fear that vaccine skepticism could keep immunity levels below the threshold to stifle the virus.