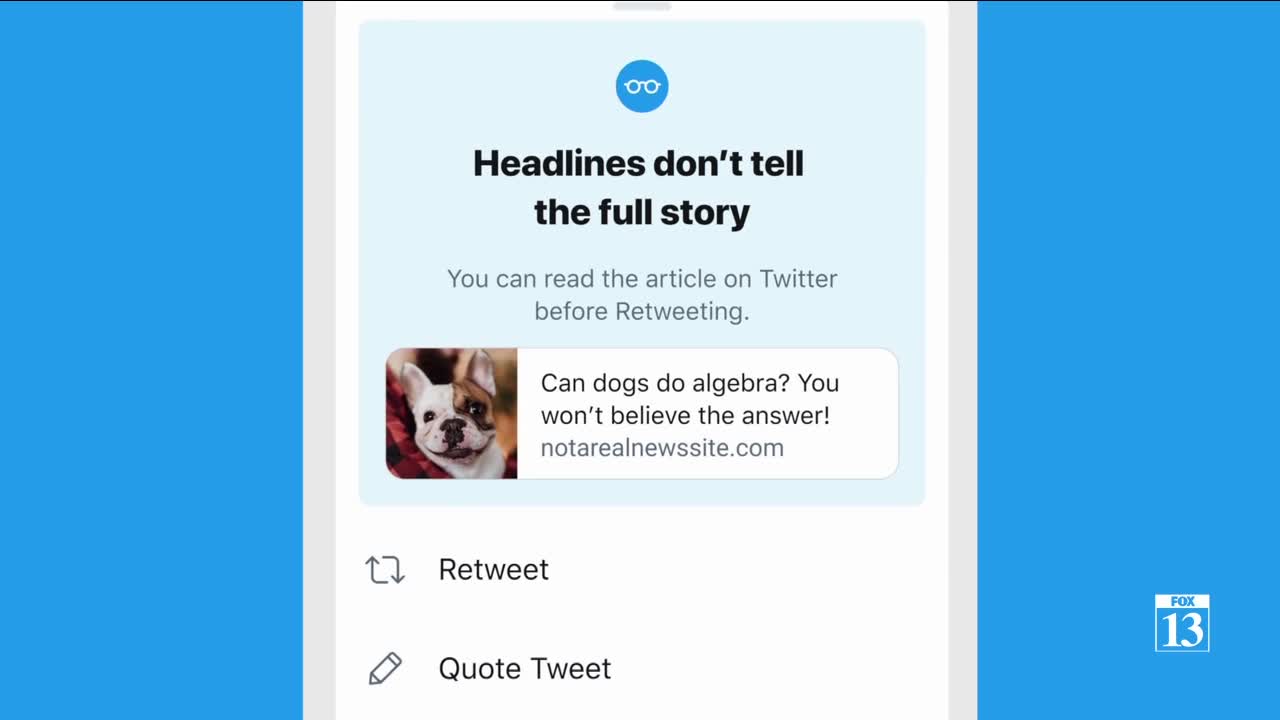 Social media can be a great tool to help us all connect, but now misinformation is giving it a bad reputation. Now social media companies are working with the FBI to try and stop it in its tracks.

SALT LAKE CITY, Utah - Misinformation comes in many forms, but some can be harder to spot than others.

Whether it's sharing a video clip or picture that doesn't tell the whole story, re-posting an article from a non-credible source, or commenting on a social media thread without reading the original post, chances are, most of us have been guilty of doing this at some point.

Now, social media companies and the FBI are taking steps to prevent the spread of misinformation like this, especially when it comes to subjects like elections and COVID-19.

"We established a relationship with social media companies and other technology companies and maintain an open channel and ongoing dialogue with them to share threat information," said Casey Harrington, a supervisory special agent at the FBI's Salt Lake City Division.

Here are a few tools that social media sites are making available to help you identify and prevent the spread of misinformation.

Twitter is testing a prompt that comes up when you try to retweet an article that you haven't opened before.

It will ask you if you would like to open it first.

So far, they say they've found that people open articles 40 percent more often after seeing the prompt, and some people have chosen not to share it after opening the article.

"Make sure you’re getting your news from trustworthy sources, know the origin of your information, and seek out multiple sources so you’re making an informed judgment," said Harrington.

Instagram, which is now owned by Facebook, will also flag false information and provide an explanation as to why it's not accurate.

"They ultimately make the decision on the content and the users on their site," Harrington said. "I think the social media companies have recognized, based on past election cycles, what our adversaries and what cybercriminals are able to do, and have taken steps to try to counter that."

The difficult thing about false information is it's hard to prosecute criminally.

"Fake news by itself is not illegal. The FBI cannot initiate an investigation based solely on speech protected by the first amendment. If a foreign adversary or if someone tied in with a foreign intelligence service is the one creating and pushing that information, that is something that we would take action on," said Harrington.

So what can you do to prevent the spread of misinformation?

Ask yourself these questions before posting or sharing something on social media:

If you're not sure, then there's a chance it's fake and it could do more harm than good if you share it.
If you come across something that you think is false information, you can report it to the social media platform you found it on, which stops it from spreading further.

This story was first reported by Jordan Hogan at KSTU in Salt Lake City, Utah.