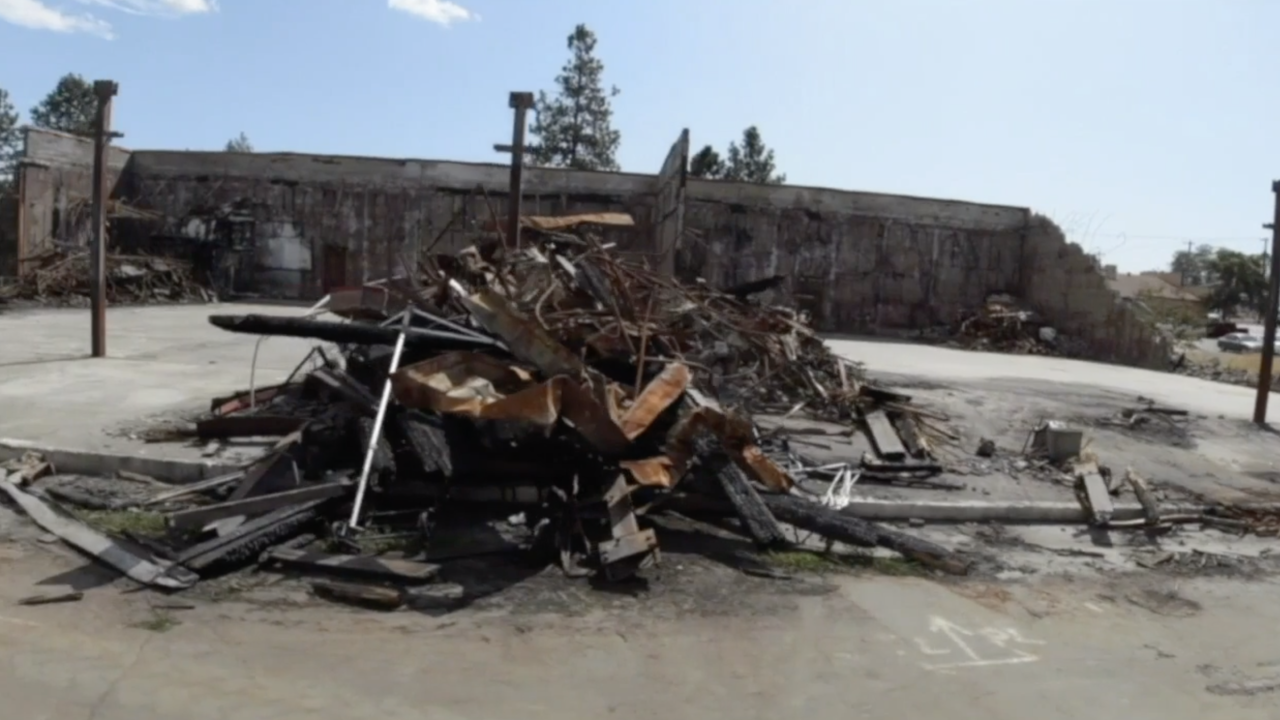 Across the West Coast, entire towns are being leveled by historic wildfires, and one northern California county is facing this horror for the second time in two years.

Berry Creek’s hilly terrain is still smoldering, as homeowners anxiously wait to be let back into the area, although many already know they don’t have homes to come back to.

“When they see the smoke or hear about a fire, their PTSD, whether you’re civilian or former military, it kicks in,” said resident Michael Zylstra, who evacuated from his home.

Steve Kaufmann, the public information officer for the California Department of Forestry and Fire Protection, compared the fires to a freight train.

A freight train of fire, swallowing everything in its path.

“When we have a fire like this, it makes for number one, explosive, but we are seeing erratic fire behavior we’ve never seen in our career,” Kaufmann said.

Fires so erratic it’s capable of leaving a town unrecognizable.

Michael Zylstra says his aunt and uncle won’t have a home to come back to. Miles of Berry Creek homes have been reduced to rubble.

“It’s a scenario where the vegetation is completely bone dry,” he described.

The town is a casualty of the North Complex Fire. Fueled by years of drought and extreme winds, it’s burned over 260,000 acres in Northern California.

“It took a huge toll on the community,” Kaufmann recalled. “It hit because it moved so fast, and we just didn’t have the resources to put in there to defend every structure involved.”

With resources spread across 28 major fires, Kaufmann says it’s a challenge the state has had to adapt to.

“We’re always prepared for the worst-case scenario,” he said. “This is probably definitely one of the worst cases we’ve seen in years.”

Zylstra evacuated his home six days ago in the nearby town of Cherokee. As he waits for news, he helps fellow veterans cope with the trauma.

“It’s been stressful,” he said. “They’re anxious, they get nervous, they don’t know what to do, they can’t sleep.”

In large part because the community went through this nearly two years ago when the Camp Fire ripped through nearby Paradise killing 85 people and destroying nearly 19,000 structures.

“It’s very painful memories for a lot of them,” Zylstra said.

It’s painful for many to rebuild.

And now, another town must also try and navigate life forever changed by fire.

“We just need to all work together for that one common goal, to take care of each other,” Zylstra said.