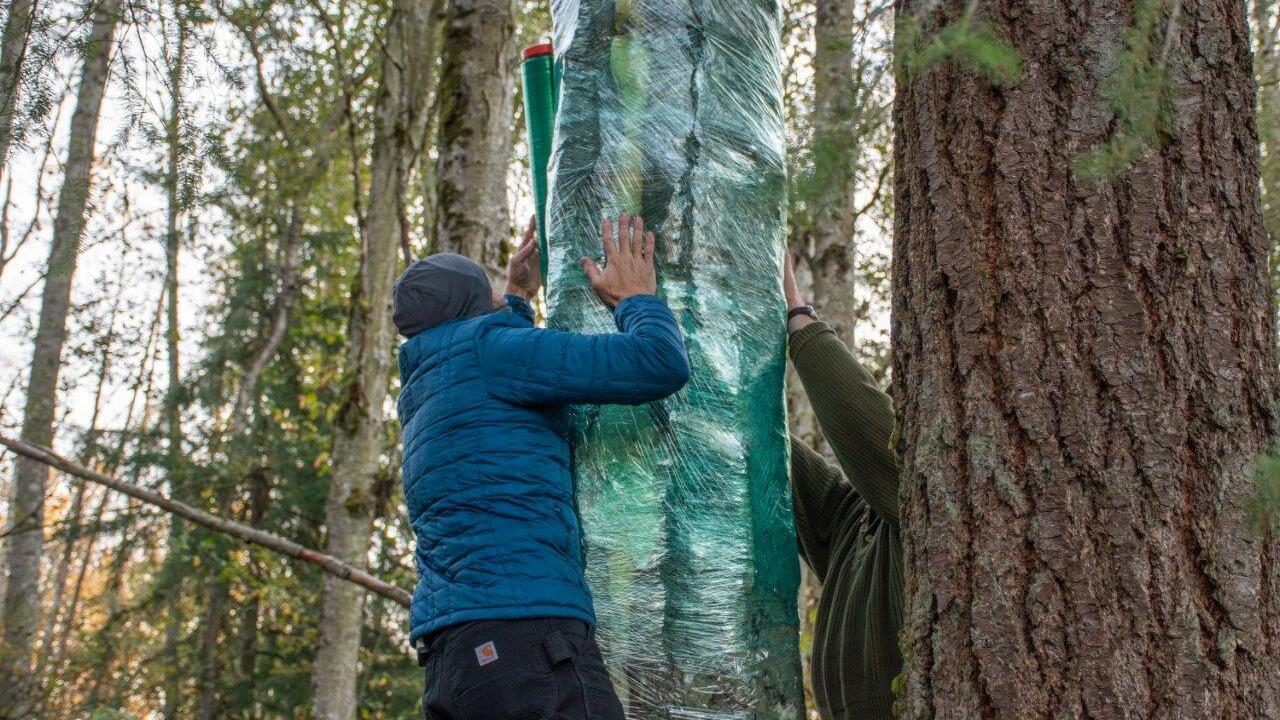 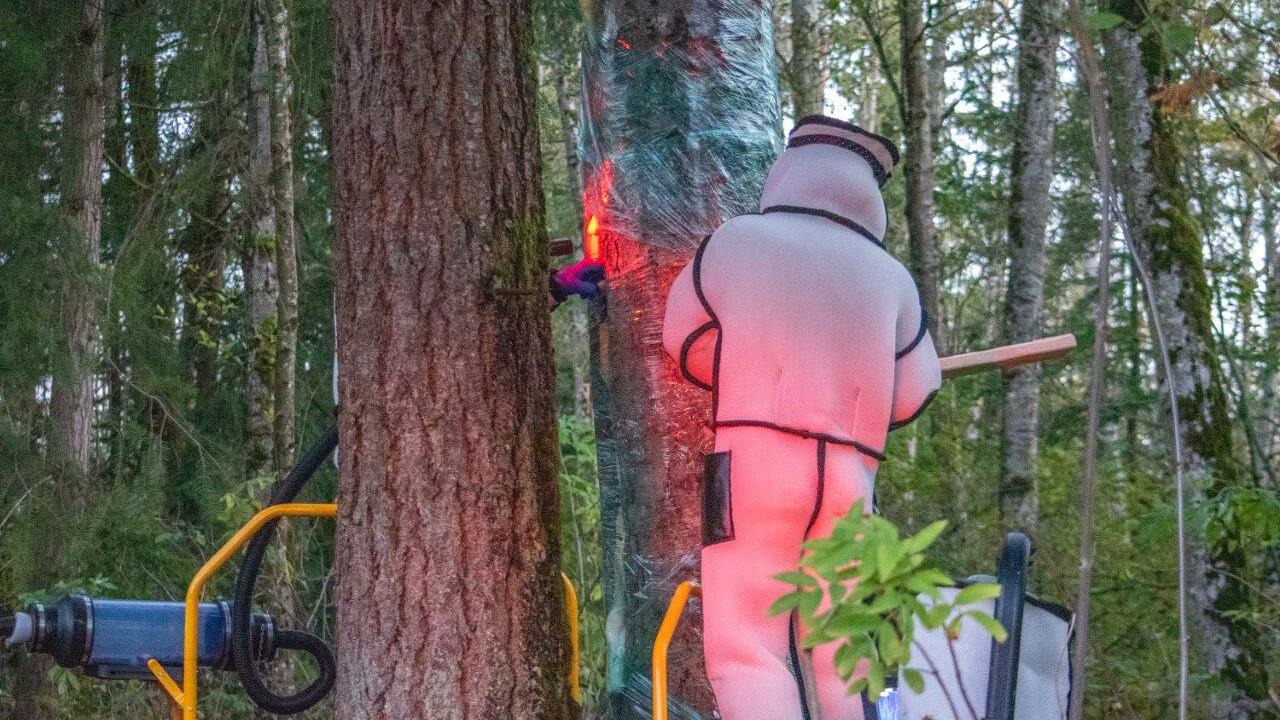 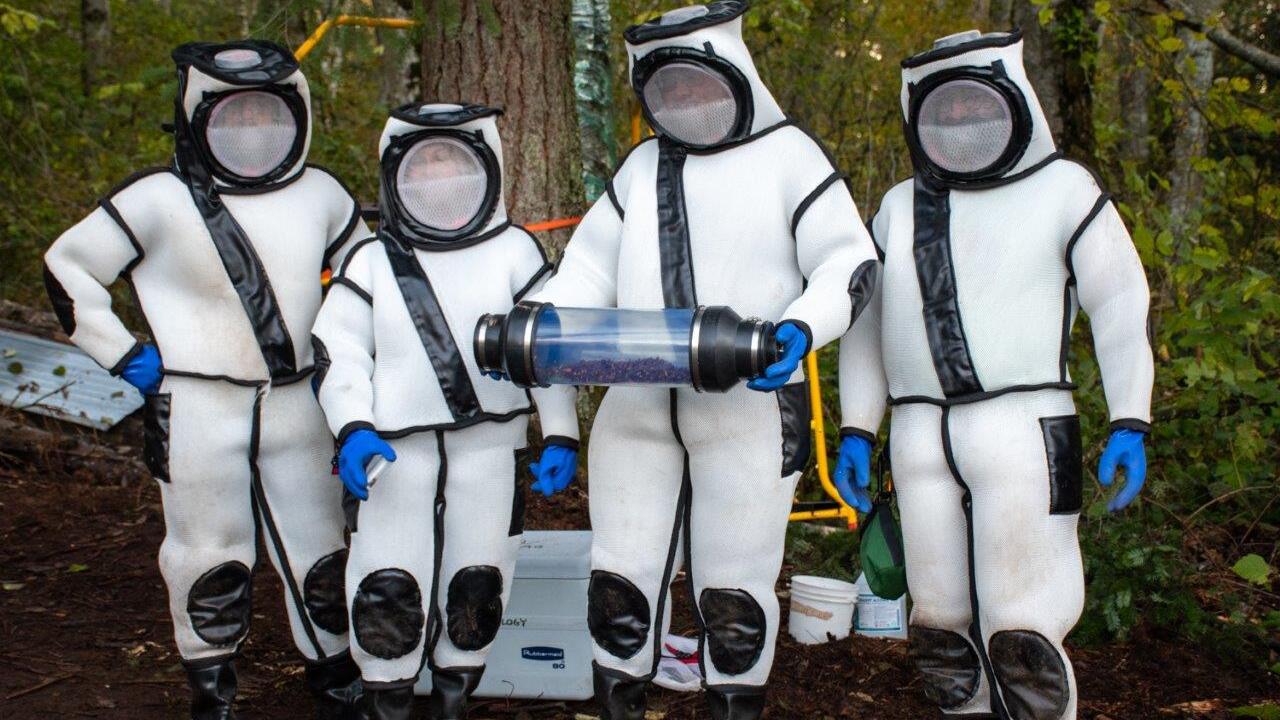 SPOKANE, Wash. (AP) — Scientists removed 98 so-called “murder hornets” from a nest discovered near the Canadian border in Washington state over the weekend, including 13 that were captured live in a net.

The state Department of Agriculture said Monday it suspects there might be more Asian giant hornet nests in Washington and will continue efforts to eradicate them.

The agency says 85 Asian giant hornets were vacuumed into a special container when the first nest discovered on U.S. soil was eradicated on Saturday.

The hornets were located in a tree, about 10 feet off the ground. To get to them, a team in protective suits set up scaffolding and stuffed dense foam padding into a crevice above and below the nest entrance before wrapping the tree with cellophane, leaving a single opening.

That’s where the team inserted the vacuum hose and removed the hornets.

When the hornets stopped coming out of the nest, the team pumped carbon dioxide into the tree to kill or anaesthetize any remaining hornets. They then sealed the tree with spray foam, wrapped it again with cellophane, and finally placed traps nearby to catch any potential survivors or hornets who may have been away during the operation and return to the tree.

“The eradication went very smoothly, even though our original plan had to be adapted due to the fact that the nest was in a tree, rather than the ground,” managing entomologist Sven Spichiger said. “While this is certainly a morale boost, this is only the start of our work to hopefully prevent the Asian giant hornet from gaining a foothold in the Pacific Northwest.”

In the coming week, officials intend to cut the tree down and open it to see how big the nest was. Entomologists also want to determine whether the nest had begun to produce new queens or not.

While the hornets have been known to kill people in Asia, officials in the United States are primarily concerned they will destroy honeybee populations that are needed to pollinate crops.

The hornets are the largest in the world and officials say a small group of them can kill an entire honeybee hive in a matter of hours.