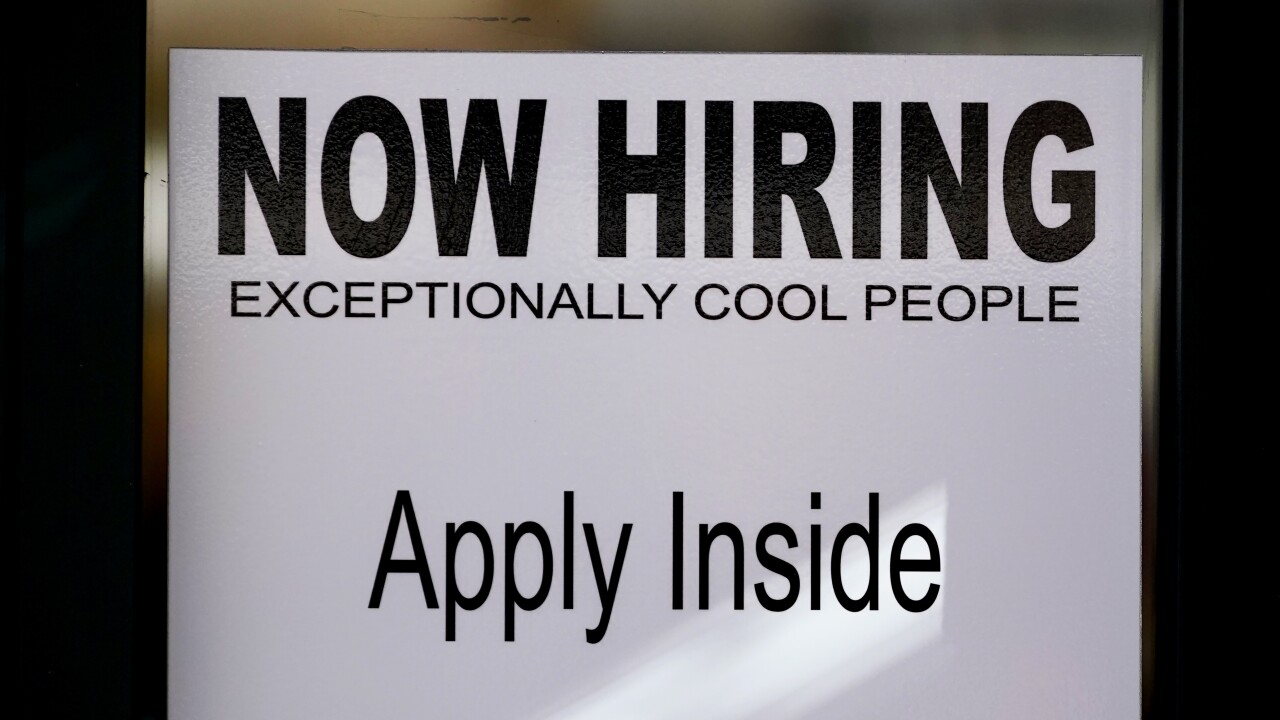 Copyright 2020 The Associated Press. All rights reserved
Rick Bowmer/AP
A "NOW HIRING" is shown on the door of Padeli's Street Greek restaurant Thursday, Sept. 10, 2020, in Salt Lake City. Utah has set new goals for fighting the coronavirus pandemic that include keeping the state's fatality rate below 1% and maintaining an unemployment rate below 4.5%, state leaders said. Gov. Gary Herbert and other state leaders rolled out their new plan, which prioritizes both public health and boosting the state's economy through the fall and winter. (AP Photo/Rick Bowmer)

WASHINGTON — The number of Americans filing for first-time unemployment aid fell to 860,000 last week, according to the Department of Labor. That is down about 33,000 from the week before.

The Labor Department also said Thursday that 12.6 million are collecting traditional unemployment benefits, compared with 1.7 million a year ago.

However, it does not include claims filed under other federal aid programs, including a program that provides benefits to those usually ineligible like the self-employed or gig workers.

Before the pandemic hit the economy, the number signing up for jobless aid had never exceeded 700,000 in a week, even in the depths of the 2007-2009 Great Recession.

The economy and job market have recovered somewhat from the initial shock of the coronavirus pandemic and safety measures. Employers added 10.6 million jobs from May through August, but that’s still less than half the jobs lost in March and April.