Mom and baby in serious condition 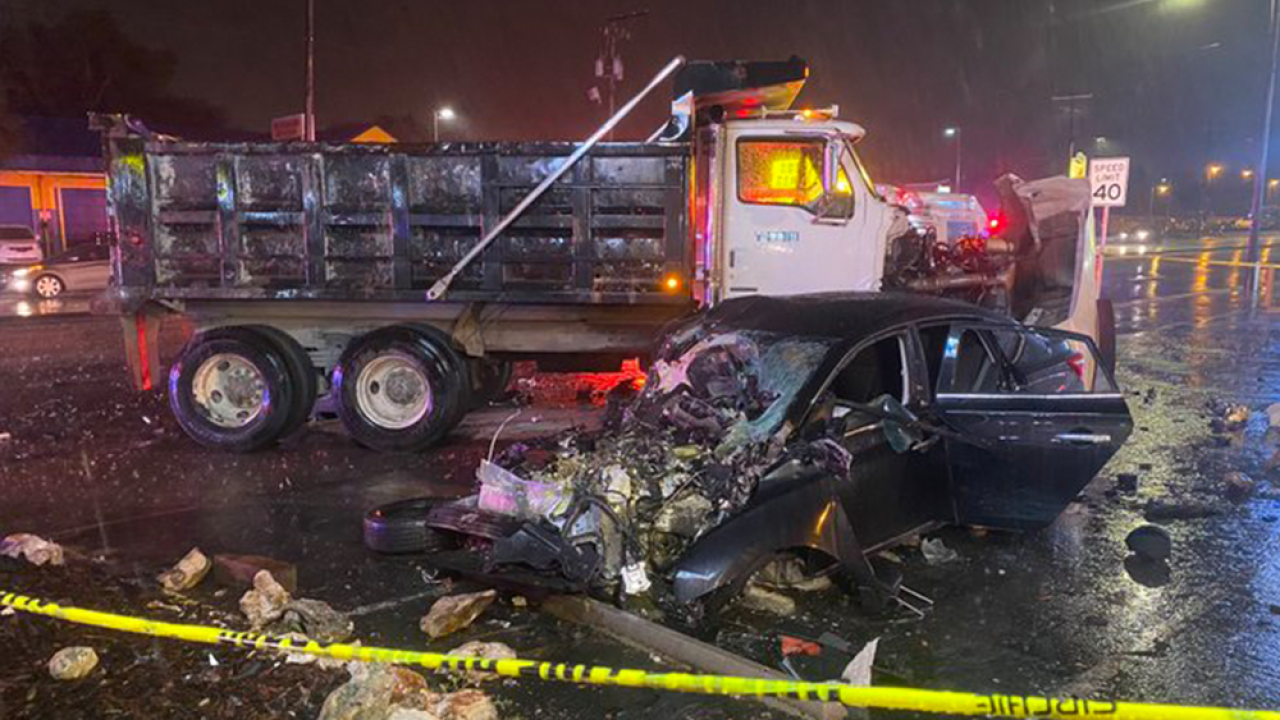 TAMPA, Fla. -- A child and three adults were taken to the hospital after a wreck involving a dump truck in Tampa Tuesday night.

The Tampa Police Department responded to a call of a crash with critical injuries a little after 6:30 p.m. According to TPD, a vehicle traveling westbound on Hillsborough Avenue was crossing the median, hitting another car, and an SUV.

Witnesses said on the scene that a small child was inside a parked car when it got hit by a dump truck that lost control. Witnesses also said that good Samaritans on the scene were there to pull people out of the vehicles.

"When they lift the mama up off the ground, she was just screaming," Neatra McMillan said. "They the ones that pulled everybody out the car because if we'd have waited for 911, they'd all been dead at the scene."

People that work nearby ran to help.

"I saw the car on fire," Dennis Jackson said. "I tried to pull the door open, but it was jammed."

Jackson works at the gas station nearby. He told us when he first saw the car on fire; he didn't know a mom and baby were in the backseat.

"We bust the back window open, opened the back door, and the first thing we did was grab the baby, and then we pulled the mother out," Jackson said. "When we first pulled her out, she was not responding. Then she started asking for her baby."

#BREAKING witnesses tell us a small child was in this parked car hit by an out of control dump truck. Car caught fire. @TampaPD says there are critical injuries. Good Samaritans pulled other adults out. Waiting for update. @abcactionnews pic.twitter.com/XvSBtsdms8

This article was written by Michael Paluska for WFTS .