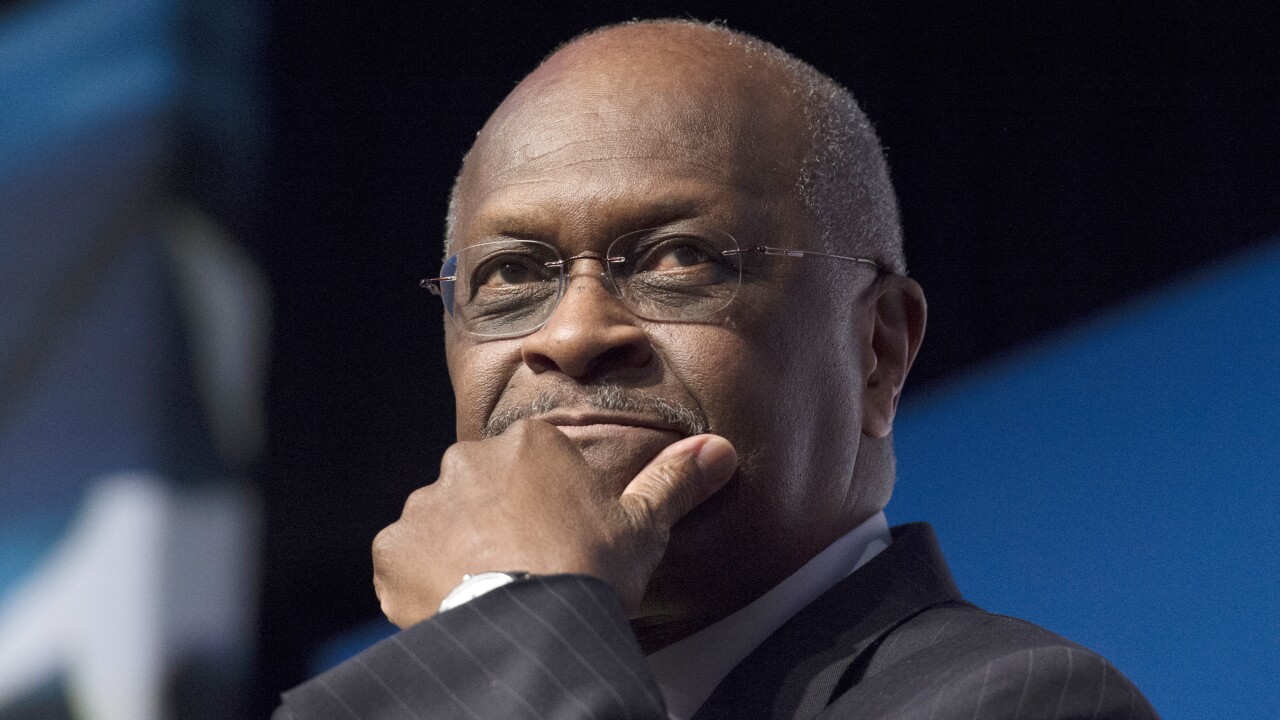 Former GOP presidential candidate Herman Cain has died after being hospitalized with the coronavirus. He was 74.

You're never ready for the kind of news we are grappling with this morning. But we have no choice but to seek and find God's strength and comfort to deal... #HermanCain https://t.co/BtOgoLVqKz

"Let me deal with some of the particulars of the last few weeks," Calabrese said in the post. "We knew when he was first hospitalized with COVID-19 that this was going to be a rough fight. He had trouble breathing and was taken to the hospital by ambulance. We all prayed that the initial meds they gave him would get his breathing back to normal, but it became clear pretty quickly that he was in for a battle."

On July 2, he was hospitalized in an Atlanta-area hospital, two weeks after attending President Donald Trump's rally in Tulsa.

NBC News reports that Cain tested positive for the virus back on June 29.

Cain ran for president in 2011 before dropping out of the race, The New York Times reported.