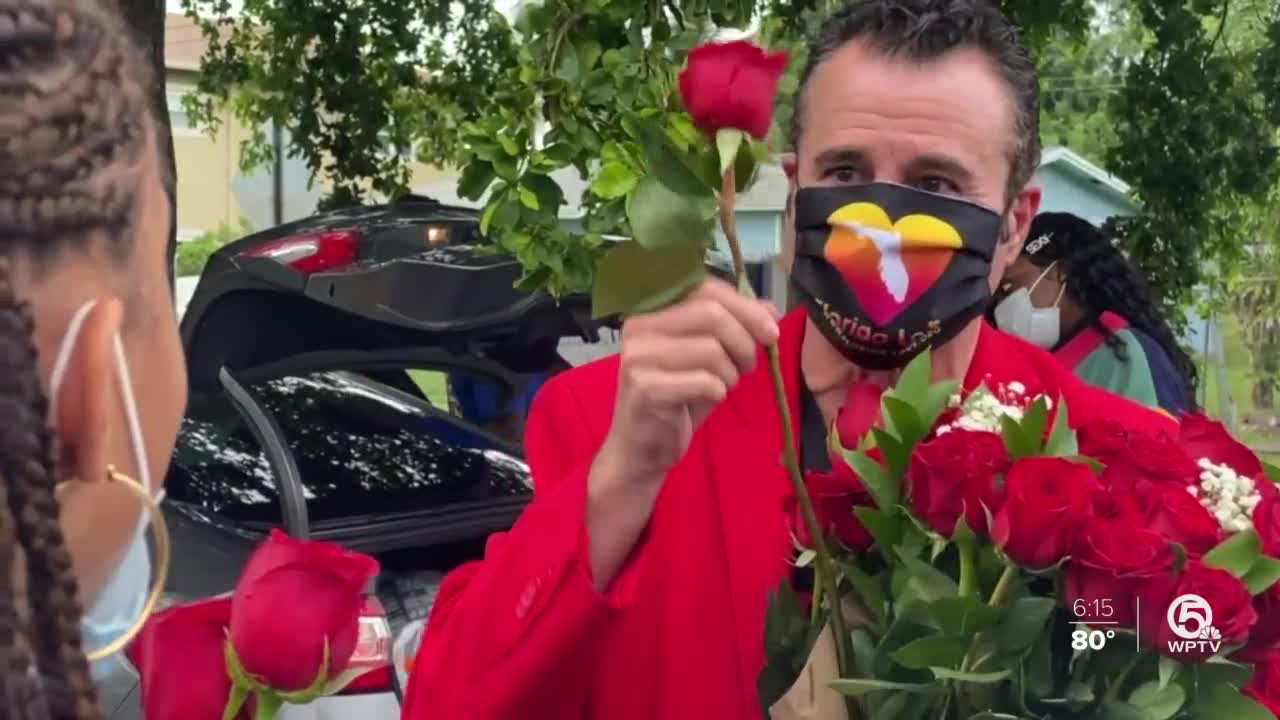 A South Florida man loves love and he now uses roses to let people know it.

WEST PALM BEACH, Fla. - Roses are red and Ken Lerman’s suit is too.

If you see his bouquets, he has a message for you.

The 55-year-old loves to love and he now uses roses to let people know it.

There’s some pain behind Lerman’s purpose.

His, “Roses for Change,” campaign began this summer after he and people across the country witnessed the fallout following the death of George Floyd while in police custody.

“How can one human being do that to another human being, I was crying when I saw it,” says Lerman.

Armed with roses and a message of love Lerman says he wanted to reach those most affected.

“I gotta give this to all the African Americans, they’re hurting,” he tells WPTV.

His message has since caught on both online and in Palm Beach County where he regularly shares love and roses to people of all colors. We caught up with Lerman with a hundred of his favorite flowers in hand at the Milagro Center in Delray Beach

High Schooler, Dachinise Philbert, says, “I was surprised and I was like oh I love you too.”

A lot of these teens say it’s been a while since they’ve heard those words directed at them and even longer since they’ve been given flowers.

Philbert says, “It was kind of weird at first I was like roses? I didn’t expect that but it was pretty nice a pretty nice gesture."

6th grader Isaiah Taylor had a similar interaction with Lerner.

“He said I love you, you stay safe and told my grandma happy birthday too,” says Taylor.

Lerman says he hopes the connection he makes with strangers leaves a lasting impact, “So maybe other people will give roses maybe boyfriends will give roses to their wives or their partners that people will just go out and spread the love that’s my mission every single day to spread love in the Florida community and transform the world with love.”

Because maybe it’s true, all you really need is love.

This story was first reported by Chris Gilmore at WPTV in West Palm Beach, Florida.