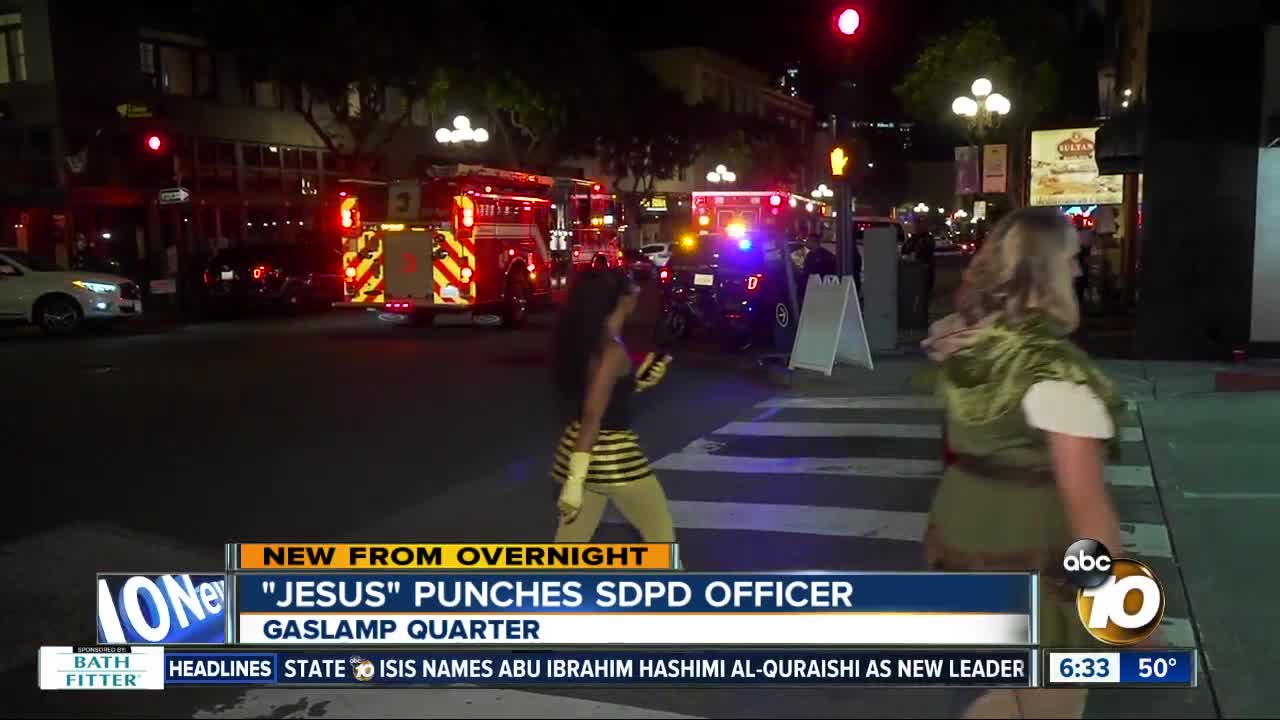 A man dressed in a Jesus Halloween costume allegedly punched a San Diego police officer during a fight in the Gaslamp Quarter. 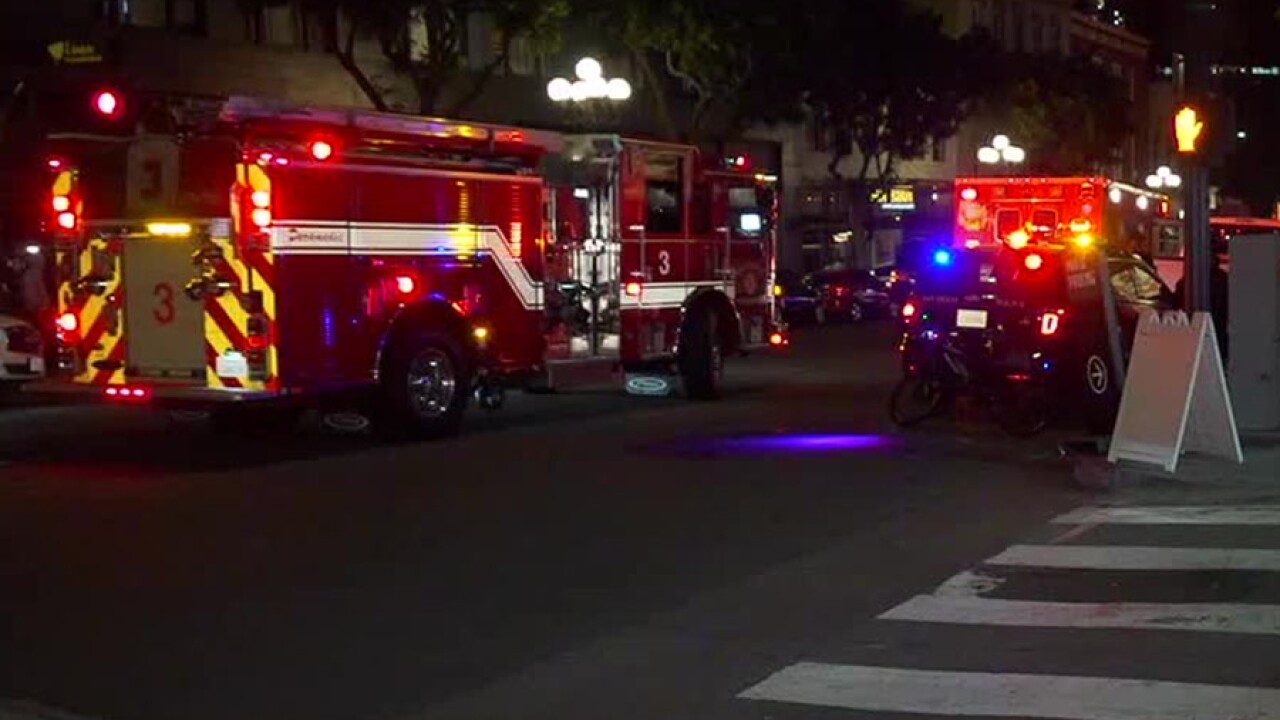 SAN DIEGO — A man dressed in a Jesus Halloween costume allegedly punched a San Diego police officer during a fight in the Gaslamp Quarter neighborhood.

San Diego police said officers were trying to break up a brawl during a Halloween celebration on Fifth Avenue at around 1 a.m. Thursday when the incident happened.

According to police, one officer who was attempting to stop the melee was apparently sucker-punched by a man dressed up as Jesus Christ.

The officer suffered a two-inch cut to his eye and was taken to the hospital for further evaluation.

Meanwhile, police were unable to track down the costumed assailant.

This story was originally published by Jermaine Ong on KGTV.