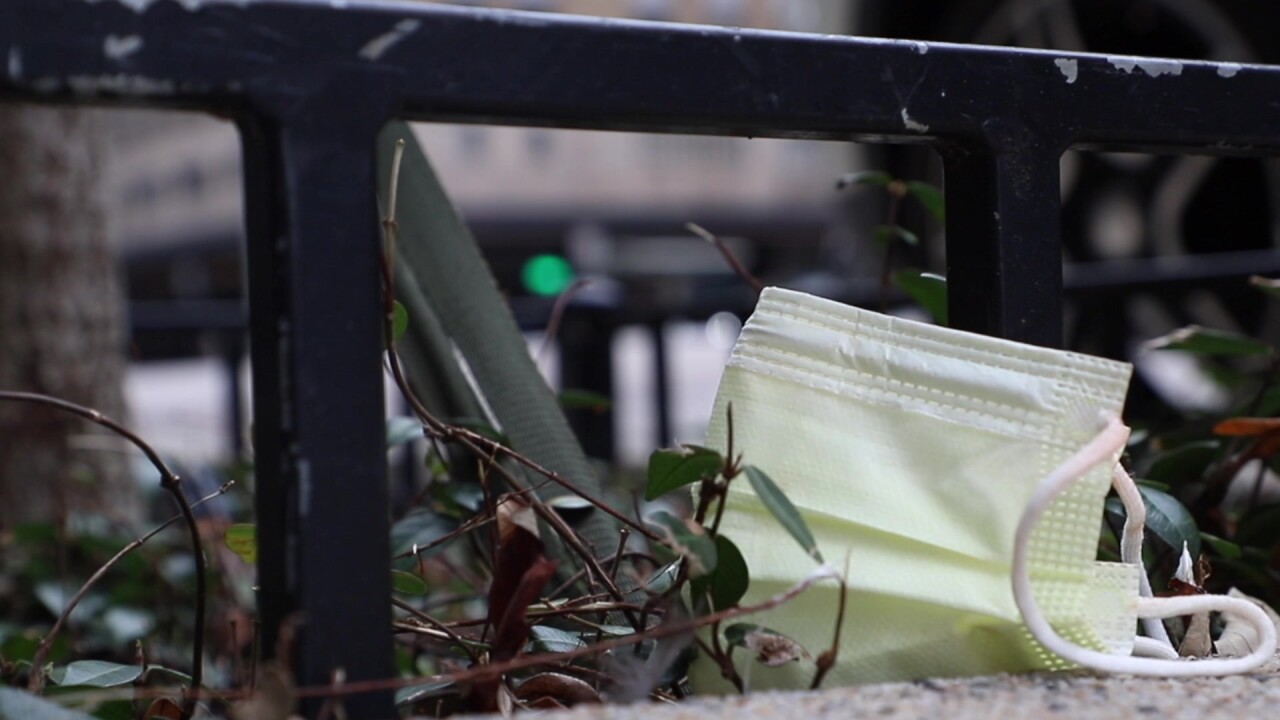 In Houston, Texas, everything is bigger, including the city’s problem with PPE litter.

Many of the masks, gloves, and bottles of hand sanitizer being used to protect people during the pandemic aren’t being disposed of properly and some are worried it’s becoming a health hazard.

Now, city leaders are taking matters into their own hands while trying to take PPE litter off the street

“I know that they say everything is bigger in Texas but we definitely don’t want to be known for a big litter problem,” said Martha Castex-Tatum, Houston’s Vice Mayor Pro-Tem, who is helping launch the city’s new anti-PPE littering campaign.

“It’s not only unsightly but it’s also a health issue,” she said. “If the PPE is contaminated, we don’t want other people touching it.”

Castex-Tatum says stopping litter before it starts could save money in the long run.

“It’s always expensive to pick up litter,” she said. “For instance, this PPE litter ends up in our drains. The city of Houston, we spend $13 million a year cleaning out our drains.”

Down the drains and into waterways, where the health impacts could be significant.

“Unlike sewage systems, storm water is untreated and it flows directly into our lakes and our rivers and our oceans. There’s no intermediate treatment,” said Rachel Meidl, LP.D., CHMM, a fellow in energy and environment at Rice Univeristy.

She says trash attracts trash and that PPE litter is a problem, not only in Houston but around the world.

“As it concerns the pandemic, it’s how do we manage it,” Meidl asked.

For some Houstonians, the answer to that question is simple.

“It takes five seconds of your time to find a trash can,” one local man said about properly disposing PPE. “Just do it.”

That message is clear: don’t let Houston go to waste.

“I hope this inspires other cities across the country to also kick off anti-litter campaign,” Castex-Tatum said.