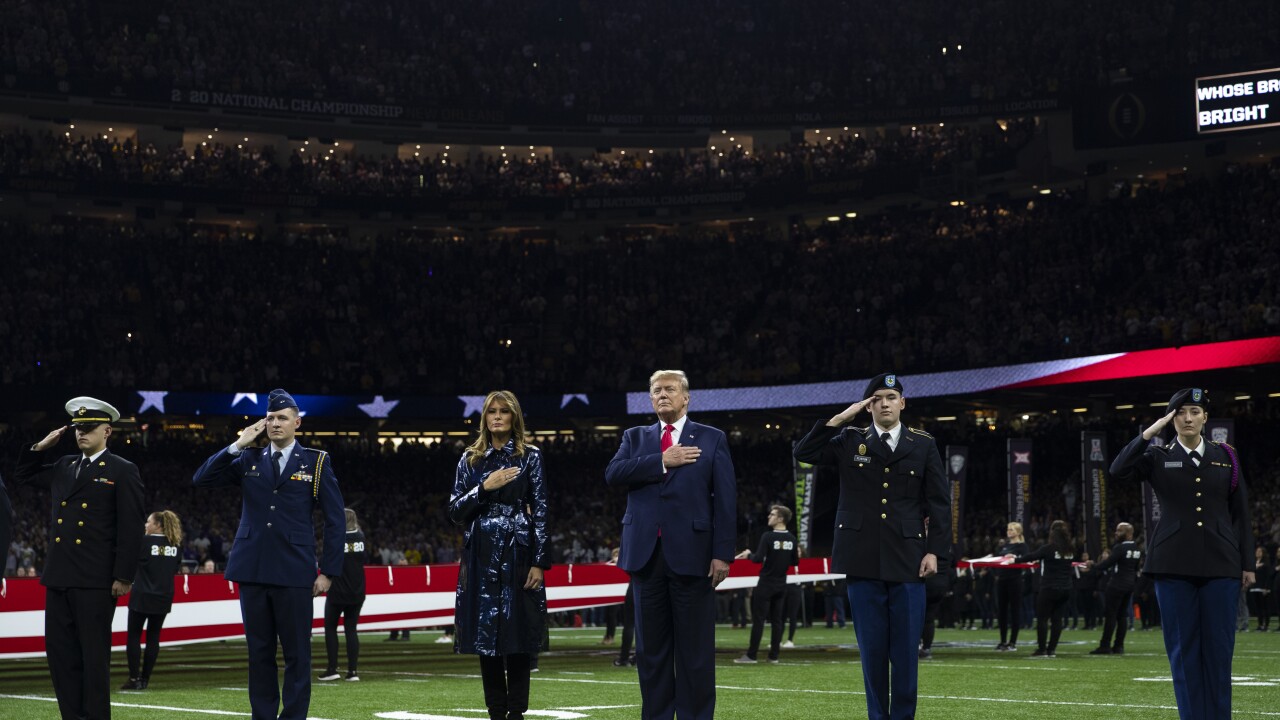 President Donald Trump turned sports fan for an evening as he attended the College Football Playoff Championship game Monday between No. 1 Louisiana State University and No. 3 Clemson.

The president and first lady walked onto the field shortly before the game for the singing of the National Anthem. Fans from both teams cheered him loudly. Some greeted him with cheers of “USA, USA."

Others chanted “four more years." Trump has routinely sparred with professional athletes during his three years in office. College football has managed to avoid such political controversies.