Return of the 'First Pet': President-elect Biden will bring 2 dogs to White House 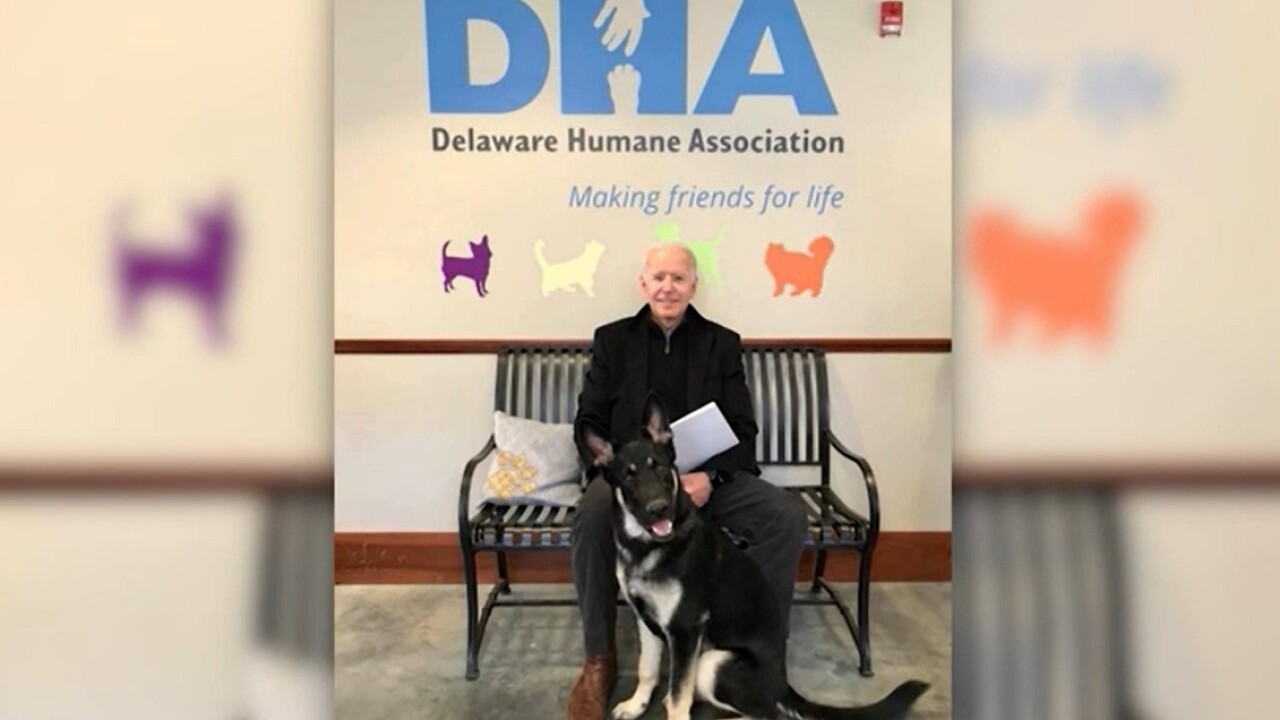 WASHINGTON, D.C. — When President-elect Joe Biden moves into the White House next year, some four-legged friends will join him.

His first family includes his fur-family.

The couple will bring back the tradition of the "First Pet" in the White House.

President Donald Trump was the first president since President James K. Polk in 1845 to not have a pet in the White House.

The Bidens fostered Major before adopting him from the Delaware Humane Society in 2018. Major will be the first rescue dog to live in the White House, NBC News reported.

President Barack Obama had two dogs during his 8 years in office, Bo and Sunny. President George W. Bush had three dogs, a cat and a Longhorn cow as pets during his time in office. Here are more presidental pets.