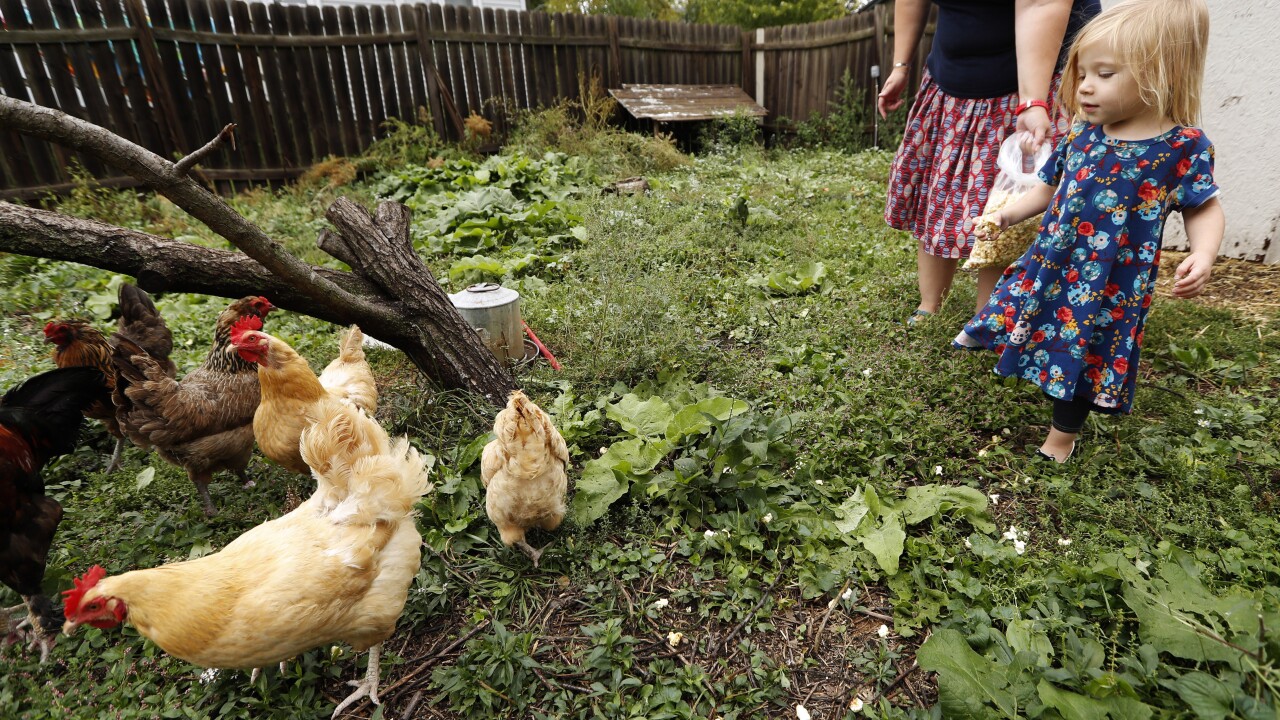 Copyright 2017 The Associated Press. All rights reserved.
Charlie Neibergall/AP
In this Tuesday, Sept. 26, 2017 photo, Iolana Keith, of Des Moines, Iowa, feeds chickens in the backyard with her mom, Tanya Keith, in Des Moines. The trend of raising backyard chickens is causing a soaring number of illnesses from poultry-related diseases. For Tanya Keith, the nine hens and a rooster that she keeps behind her home in Des Moines provide fresh eggs and lessons for her three children about where food comes from. But even as her kids collect eggs and help keep the six nesting boxes tidy, she warns them not get too affectionate. (AP Photo/Charlie Neibergall)

More than 900 people in 48 states have been sickened with salmonella, and at least one person has died, likely caused by backyard poultry like chickens and ducks.

While outbreaks of salmonella from backyard poultry is not uncommon, the number of cases this year is higher than normal, according to the Centers for Disease Control and Prevention. They report 15 multi-state outbreak strains currently being investigated.

Since June 24, 473 more people have gotten sick according to CDC’s data, for a total of 938 people infected with salmonella so far this year. Roughly 33 percent of those who got sick had to be hospitalized. The one reported death was in Oklahoma.

The CDC is reporting 35 cases in California as of July 28.

At the end of July 2019, 768 people in this country had gotten sick from salmonella linked to live poultry.

The CDC was able to interview about 400 patients this year, and of those, 74 percent reported having contact with chicks or ducklings. Testing from backyard poultry environments in Kentucky and Oregon identified three of the outbreak strains.

The CDC recommends frequent handwashing with soap and water whenever a backyard poultry animal is touched or handled, or their eggs or habitat is touched. They also warn against letting backyard poultry inside the house, especially in areas where food is prepared.