Lockdown ends at Tennessee air base; resulted from 'misunderstanding' 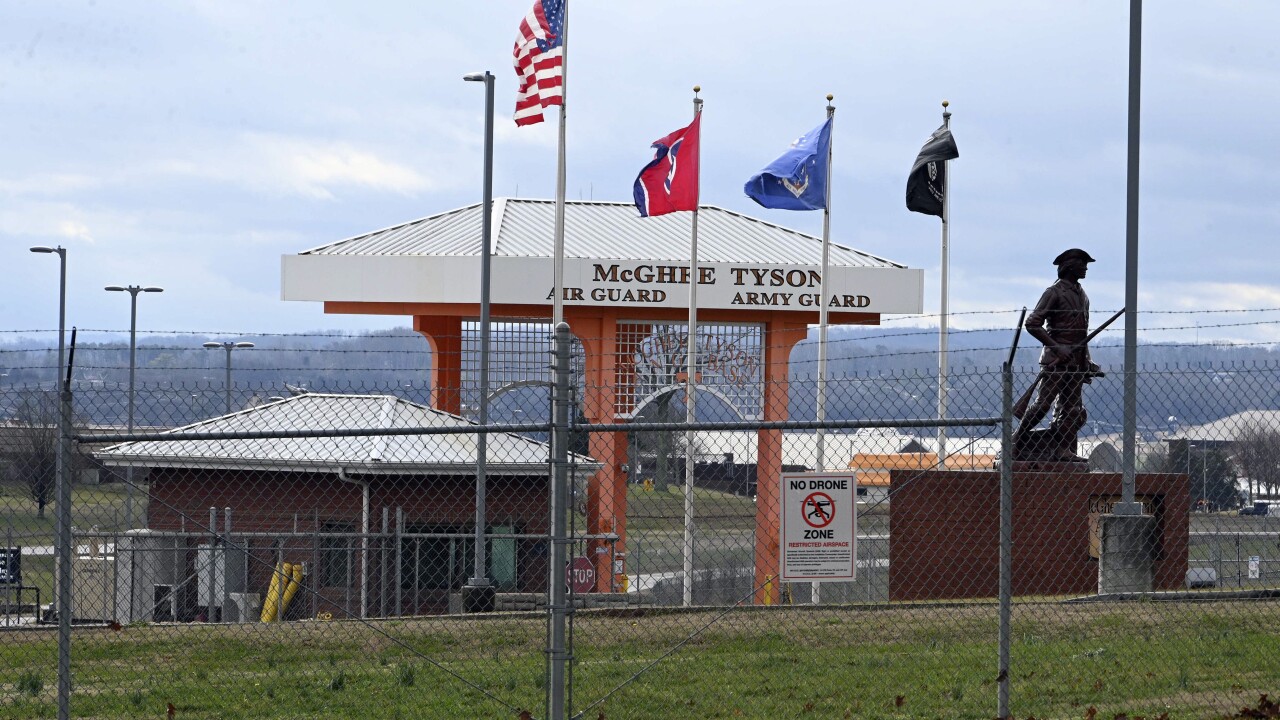 Officials say a lockdown has ended at Tennessee's McGhee Tyson Air National Guard Base and everyone was safe after a report of a suspicious person who appeared to be armed turned out to be a misunderstanding.

A base spokesman says a student reported seeing a suspicious person who appeared to be armed Wednesday morning.

After law enforcement searched the base and re-interviewed the student, the spokesman says they now think the student “didn't see what they thought they saw.”

No shots were fired and no one was injured.

The airbase in Alcoa, a suburb of Knoxville, Tennessee, is home to the 134th Air Refueling Wing.