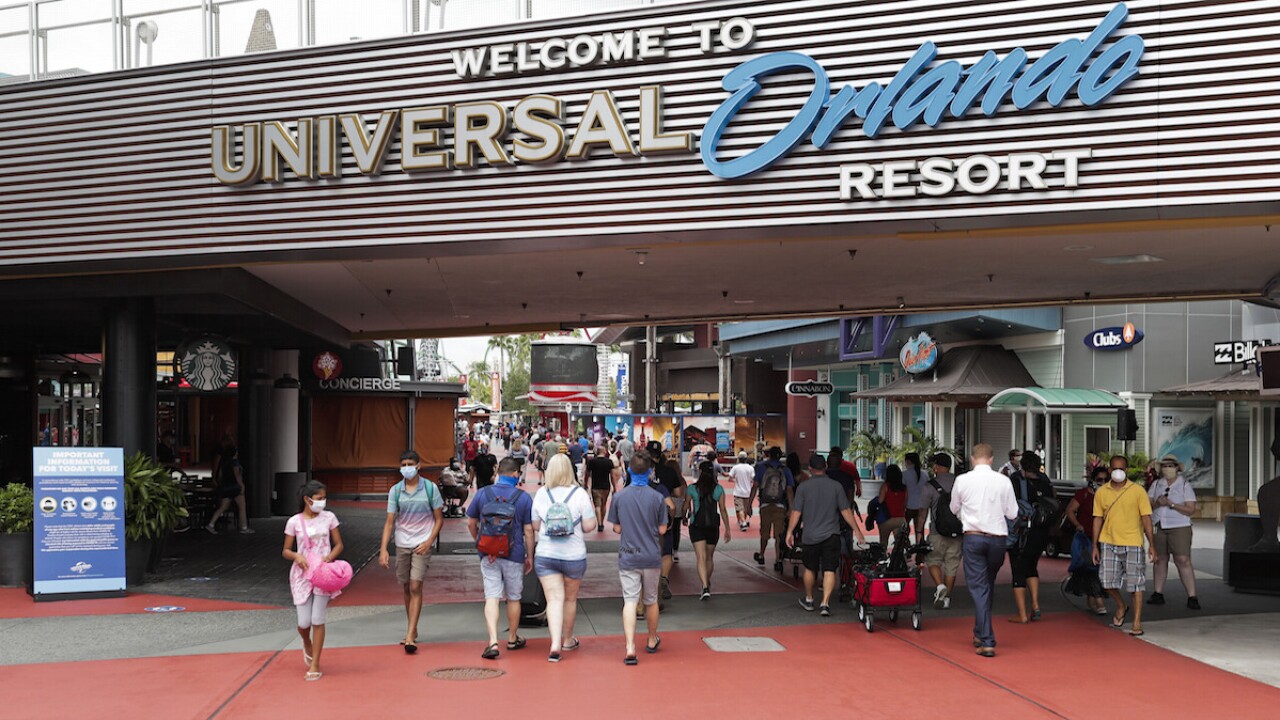 Copyright 2020 The Associated Press. All rights reserved
John Raoux/AP
FILE—In this June 3, 2020 file photo, visitors arrive at Universal Studios, in Orlando, Fla. Amusement parks of all sizes are adjusting everything from selling tickets to serving meals while trying to reassure the public and government leaders that they're safe to visit amid the coronavirus crisis and warnings against large gatherings. (AP Photo/John Raoux, File)

Universal spokesman Tom Schroder said in an email Monday that the Florida theme park resort was reducing its workforce "to reflect current priorities and needs."

Universal has put the construction of a new theme park, Epic Universe, on pause because of the pandemic.

Universal Orlando closed its doors in March as the novel coronavirus started spreading in the U.S.

It was the first of Orlando's major theme park operators to reopen when it welcomed back visitors in early June.