Wildlife officers thought this eagle was hurt. It was actually just ‘too full to fly’ 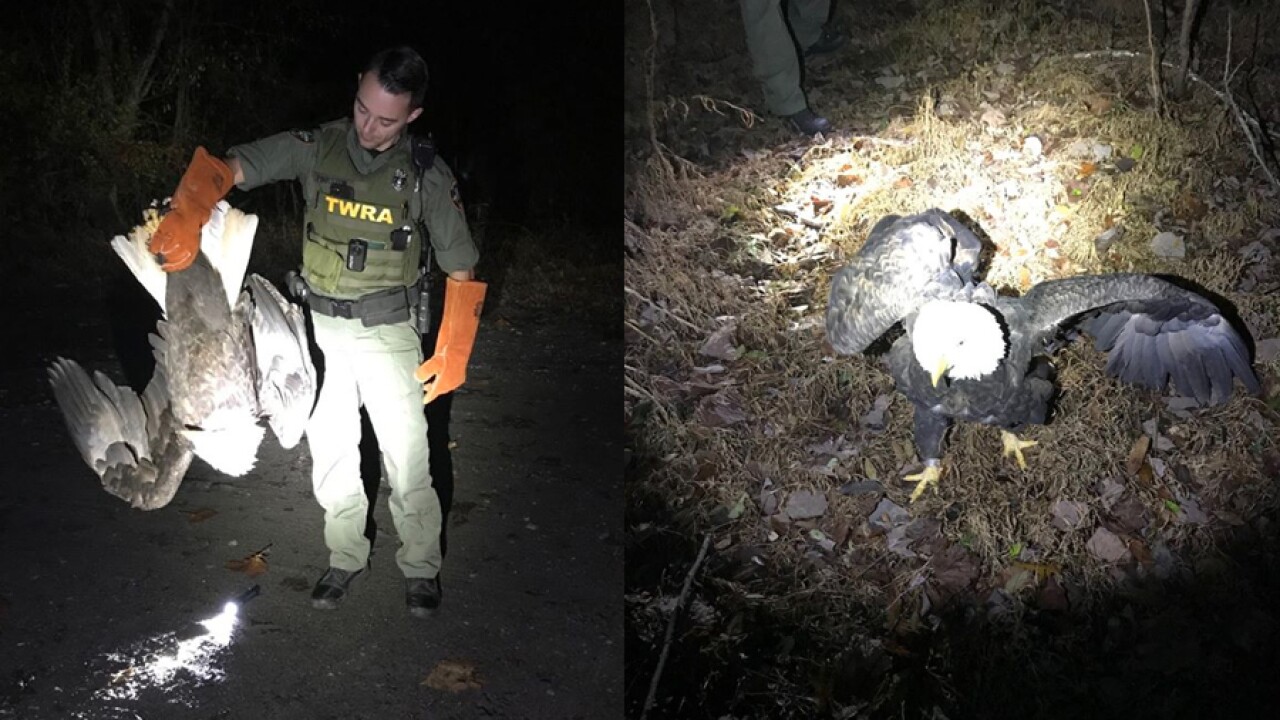 Wildlife officers who responded to a call about an injured bald eagle realized the bird wasn’t hurt – it was just “too full to fly.”

The initial call came in on November 24 in the Bulls Gap area of Hawkins County. The Tennessee Wildlife Resources Agency shared photos of the eagle on Tuesday.

Wildlife officers Nathan Ripley and Justin Pinkston found the eagle in the woods near a road with “no apparent injuries and very mobile.” They soon realized the eagle had “gorged itself on a meal” and couldn’t create enough lift to fly.

The TWRA says this is common among many raptor species. The officers monitored the bird for a while and then relocated it to Douglas Lake.

They later learned it had been banded in Tennessee on August 21, 1995, making it 24-years-old – and ironically about 9 months older than responding officer Pinkston.

This story was originally published by Laken Bowles on https://www.newschannel5.com/.