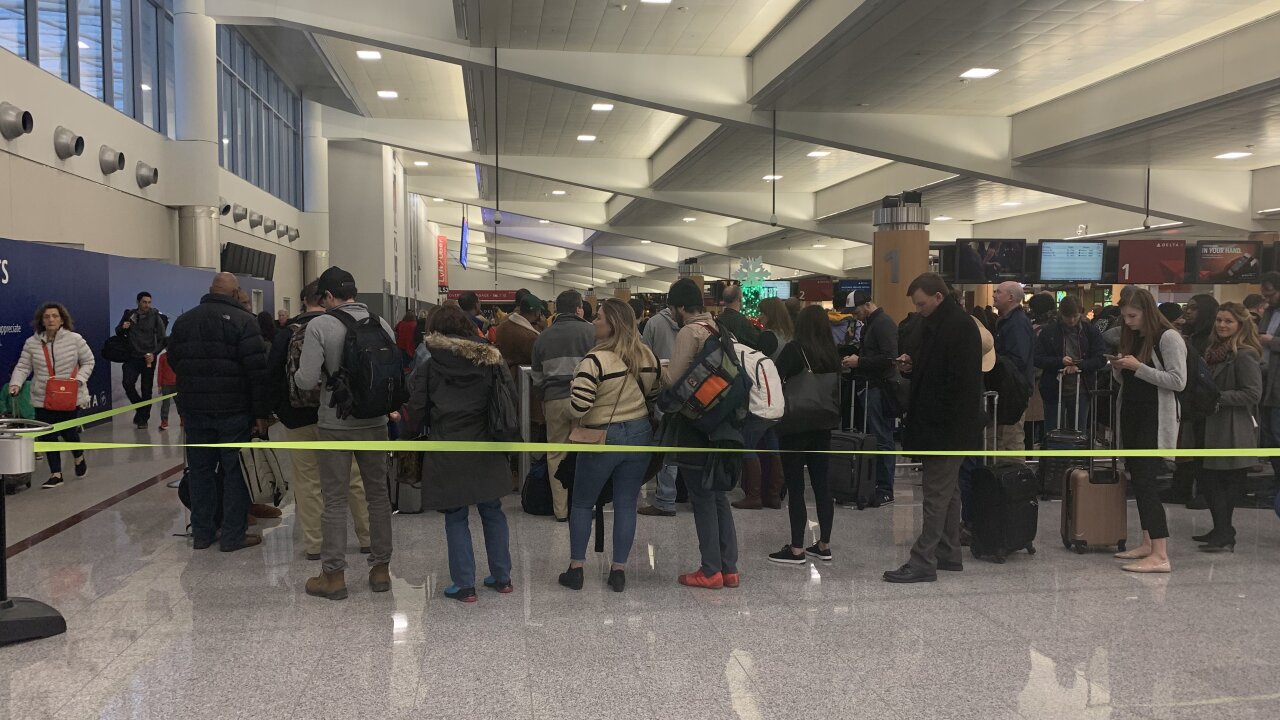 "When we came here to take Delta to Nashville, it got canceled," Cameron Barry, a traveler flying through Boston, told CNN affiliate WHDH . "I have work tomorrow at 4:30 and the flight we got booked for tomorrow is at 4. So I've been trying to call work to say 'I don't know if I can make it tomorrow.'"

Airlines like Delta and American offered waivers for passengers who wanted to change or cancel their flights.

Over a foot of snow in New England

By Tuesday, up to a foot of snow is expected in parts of New England, Shackelford said.

In Massachusetts, crews worked late into Sunday to plow snow-covered roads . State police reduced the speed limit for the entire Massachusetts Turnpike -- a highway running though the state -- all the way from the New York state line to Boston.

Massachusetts Gov. Charlie Baker warned drivers their commutes would be impacted until Tuesday, WHDH reported. More than 350 personnel will be ready to respond to downed trees and other weather-related incidents, the news station said.

Albany, New York --- about 150 miles north of New York City -- also saw heavy snowfall rates into Monday morning, with up to 2 inches an hour coming down, the weather service said.

In the southern parts of the Northeast, including areas of Rhode Island and Connecticut, snow has turned into freezing rain and drizzle Monday, the weather service said.

A lingering storm is still pumping rain in California

Meanwhile, on the other coast, a storm lingering over northern California was dumping rain and leaving mountaintops white.

Parts of the San Francisco Bay Area received more than 7 inches of rain over the weekend, the weather service said. And the rain was forecast to continue through Tuesday, Shackelford said.

"Be prepared for roadway ponding and mountain winter driving conditions into Monday," the weather service in Sacramento said . "Some showers continue mid-week. Another strong, wet system could arrive late in the week, bringing the potential for moderate to heavy rain and mountain snow. "

Major travel delays were in the cards for drivers Monday, the weather service said , because of "near white out conditions" and possible road closures.

By the time the storm system rolls out of the state, mountaintops across the Sierra Nevada could be left with up to 2 feet of snow, Shackelford said.