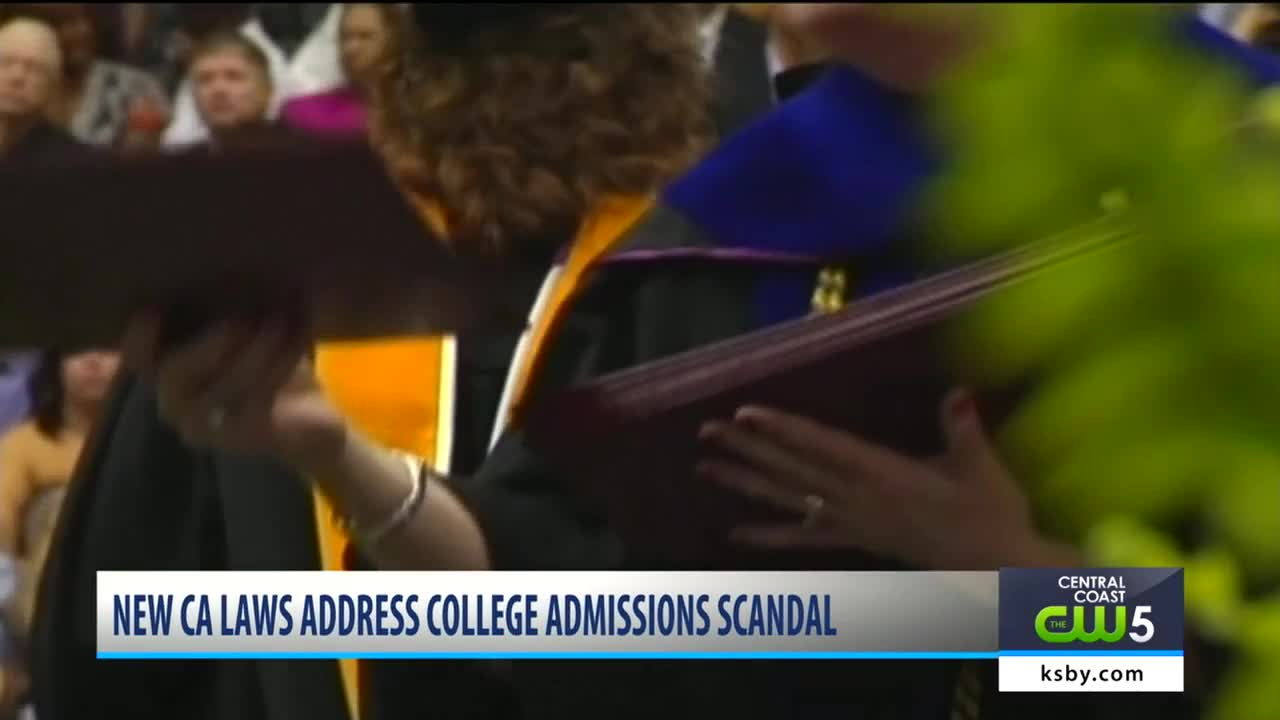 More than 50 people have been either arrested or accused of using bribes to get their children into elite colleges and universities.

"I think laws that are going to help prevent people from, in a sense, cheating their way into college is a good thing," said Cal Poly student Jake Brul.

The goal of the new laws is to focus on integrity and transparency in higher education.

One of the news laws requires schools to report if they gave preferential treatment to applicants.

Another bill establishes stricter regulations for colleges to accept students who do not meet certain eligibility requirements.

The third bill requires three campus administrators to approve admission for applicants being considered for an exemption.

"To put those kinds of laws into effect definitely means they're at least trying to prevent it from happening again," said Cal Poly student Savannah Brown.

No California State Universities, including Cal Poly, were involved in the admissions scandal.

"If anything, this legislation is a way for universities to rebuild the public trust," said California State University Spokesperson Mike Uhlenkamp. "One of our goals at CSU is to ensure students have the opportunity to earn high quality education and, if anything, this would ensure that there are equitable opportunities."

Cal Poly said they comply with CSU admissions and procedures already in place.

CSU said they don't see these new laws being an issue with any of their campuses.

This comes the same day a former Napa Valley winemaker was sentenced to five months in prison for his role in the national college admissions scam.

Four other parents have been sentenced, including actress Felicity Huffman.