Star Wars fans take a trip to "a galaxy far, far away," in Arroyo Grande 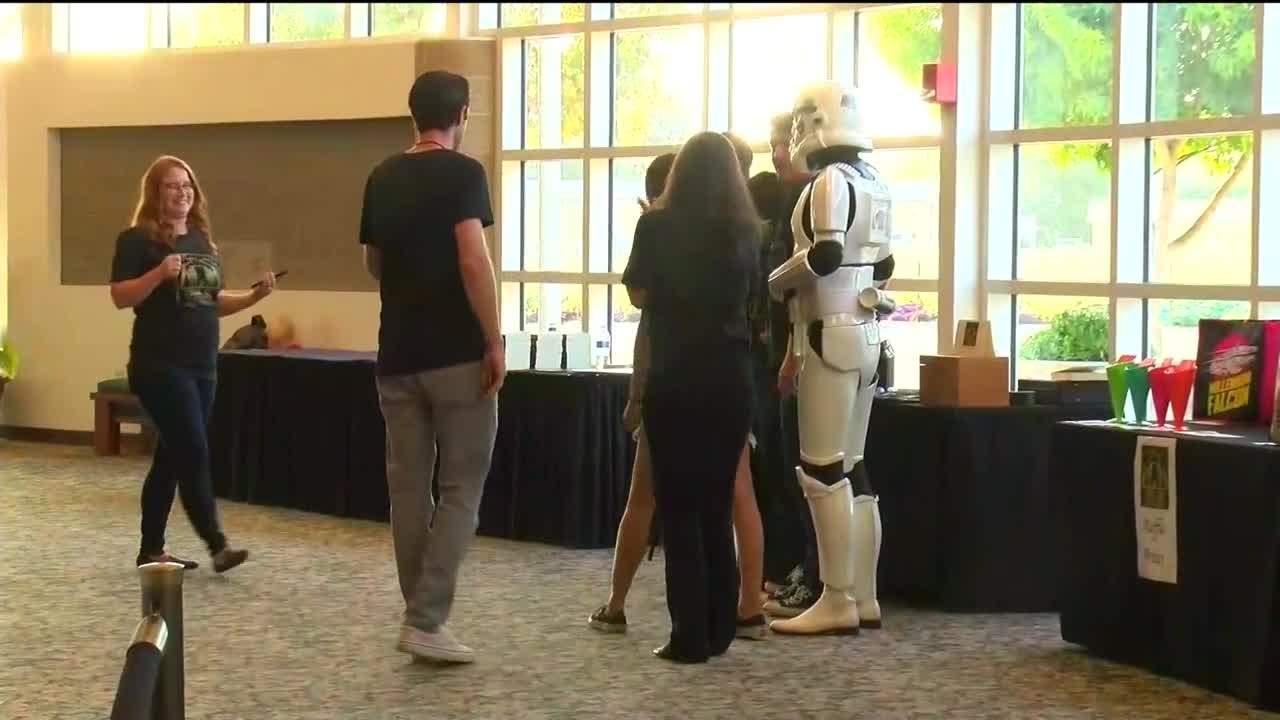 Local Star Wars fans will be transported to a galaxy far, far away Saturday night in Arroyo Grande.

The Central Coast Film Society is hosting a screening of Star Wars IV: A New Hope at the Clark Center.

"What's really special about it is when I was a kid, I only got to experience Star Wars on the VHS tapes, I never got to experience it in theaters for the first time," Daniel Lahr, the Central Coast Film Society's executive director, said. "Now I get to take my kids and this will be the first time they see it on the big screen and at such a great venue."

Guests are invited to dress up in full Star Wars garb for a night of fun both for fans and those seeing the flick for the first time.

Movie enthusiasts will also be able to meet Arroyo Grande native Ken Napzok who will be autographing books.

People can put their cars into hyperspeed to still make it to the movie which starts at 6 p.m tonight.

You can still snag your tickets ($10 for adults and $7 for kids). Early admission is $15 and $35 for a VIP ticket, which includes a meet and greet with Napzok, who can answer all your Star Wars movie questions.

He has nearly 40,000 Twitter followers who are fans of his podcast, The Napzok Files.