Watchdog groups continue to push for transparency over who received PPP

Watchdog groups continue to push for transparency over who received PPP 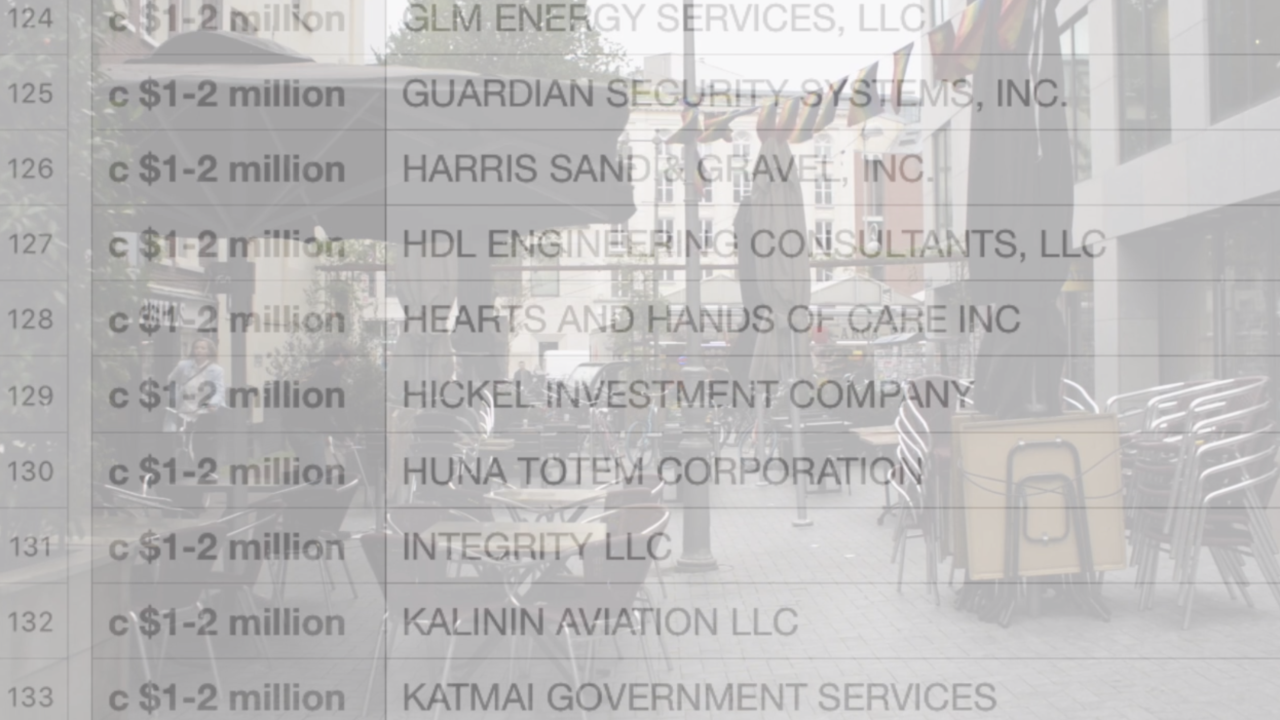 More than half a million businesses received the federal funds the Paycheck Protection Program (PPP). The program was created in March to help small business and their employees survive the financial impact of the pandemic. The program lent businesses money at a low-interest rate, with the potential for the loans to be forgiven or turned into a grant if the company retained and paid their workers for a given time.

Watchdog groups, like U.S. PIRG, were among many groups and elected leaders that called for transparency with PPP. After initially resisting, in May, the U.S. Department of Treasury and the Small Business Administration announced they would release the names of all businesses that received a PPP loan in the amount of $150,000 or more.

Earlier this month, that list was released. What has come to light is that millionaire, billionaires, and even some celebrities received the federal aid intended to help struggling small businesses. For example, rapper and fashion designer Kanye West, with an estimated net worth of $1.3 billion, received a PPP loan for his company Yeezy.

“From the very outset, the public, watchdogs, and elected officials had a very good reason to want data to see where this money was going,” said R.J. Cross with U.S. PIRG. “As we just learned, we had good reason to be questioning is this program going to do what it was intended to do?”

Cross is calling for the federal government to take steps to find out how much money went to small businesses and how much went to larger companies that may have had access to other sources of cash to get them through the financial hardship.

“A big improvement on the program would be true audits on all of the loan amounts,” said Cross. “That, say, if we find that you could’ve probably gotten money somewhere else we are going to take those taxpayers dollars back.”

Currently, only loans over $2 million will be audited, but most of the loans taken out, including some by millionaires and billionaires, were just below that threshold.

“We don’t have any proof to say that they picked that amount strategically, but it certainly raises questions,” Cross added.

Watchdog groups say the only way to answer those questions for the American people is continued transparency and expanded audits.

“Fraud and corruption are a real concern anytime the government is spending and giving money to companies, and especially, the pace in which it is happening right now,” Cross said. “There is reason to keep a very close eye on what is happening next. The biggest bailout in U.S. history deserves the most transparency in U.S. history.”

The SBA and treasury department have not given an indication that they will expand audits. Even if they did, it would take months, and potentially years, to get the results of those audits, followed by a potential hurdle to make the results public.