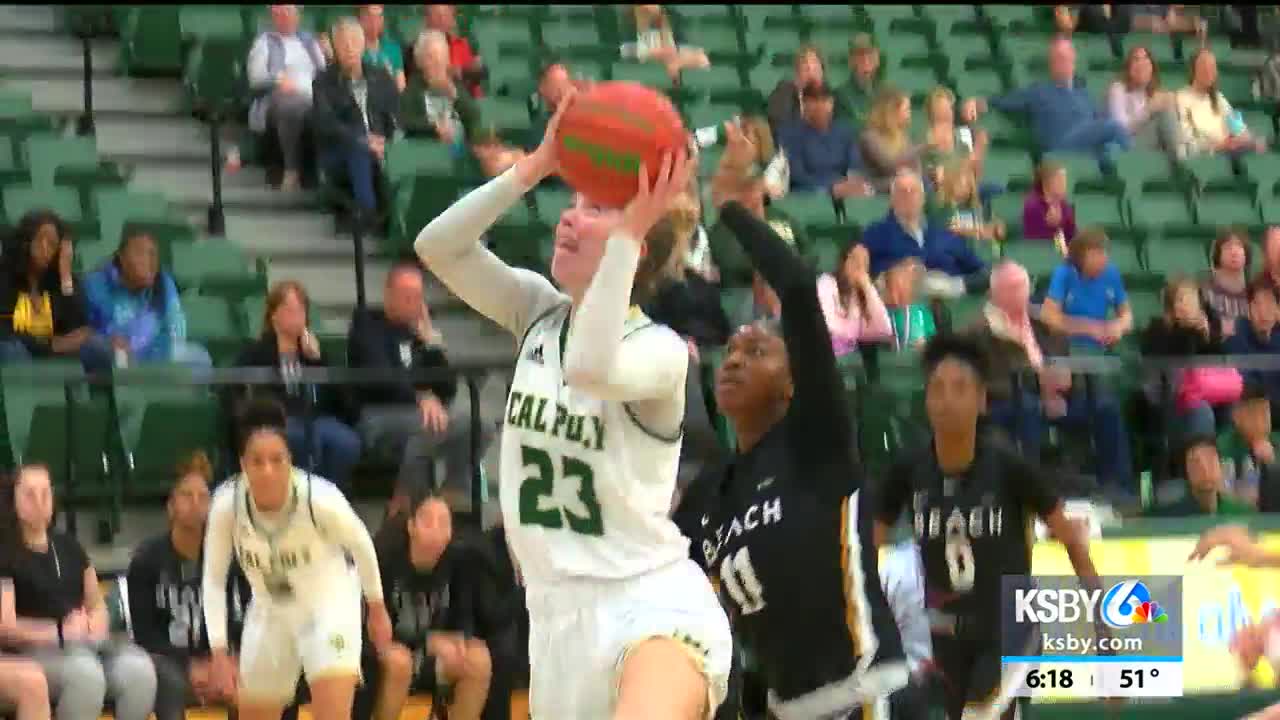 Cal Poly’s Alicia Roufosse tied her career high with 20 points on Saturday and secured 10 rebounds for her sixth double-double of the season, leading the Mustang women’s basketball team to a 61-41 Big West Conference win over Long Beach State at Mott Athletics Center.

Roufosse, a grad forward from Abbotsford, British Columbia, made 10 of her 14 shots in a 35-minute effort.

After starting the second quarter up 14-11, the Mustangs went on a 6-0 run to take a 20-11 lead. They ultimately extended the gap to 29-17 by halftime, as junior forward Sierra Campisano converted a post move 38 seconds before the horn to establish a 12-point advantage.

The 17 points conceded by Cal Poly prior to intermission are the fewest allowed by the Mustangs during an opening half all season, as well as the second-stingiest allowance in any half for the year (behind only the 14 given up to Sacramento State in the second half on Nov. 20).

In the third quarter, the Mustangs ballooned their lead to as many as 20 points, as freshman Abbey Ellis knocked down a pair of free throws almost five minutes into the period to double-up LBSU (5-4 BWC; 10-12), 40-20. Ellis erupted for 13 points in the third quarter alone, including a 3-for-3 stretch from 3-point range as Cal Poly took control, complementing a 36-20 Mustang scoring advantage in the paint for the game.

Ellis finished with 18 points on 6-for-10 shooting, while Campisano added 15 points & six boards. Chantel Govan and Malia Holt each distributed six assists, season-highs for both guards.

Cal Poly heads out on the road to visit UC Davis on Wednesday evening, tipping off inside The Pavilion at 6 p.m. Feb. 12 on BigWestTV.

The Mustangs then return home to host Cal State Fullerton at 2 p.m. Saturday. Feb. 15 is also Play4Kay Day at Mott, as free T-shirts will be given out to the first 200 fans in solidarity with support around the country for the Kay Yow Cancer Fund supporting cancer research.