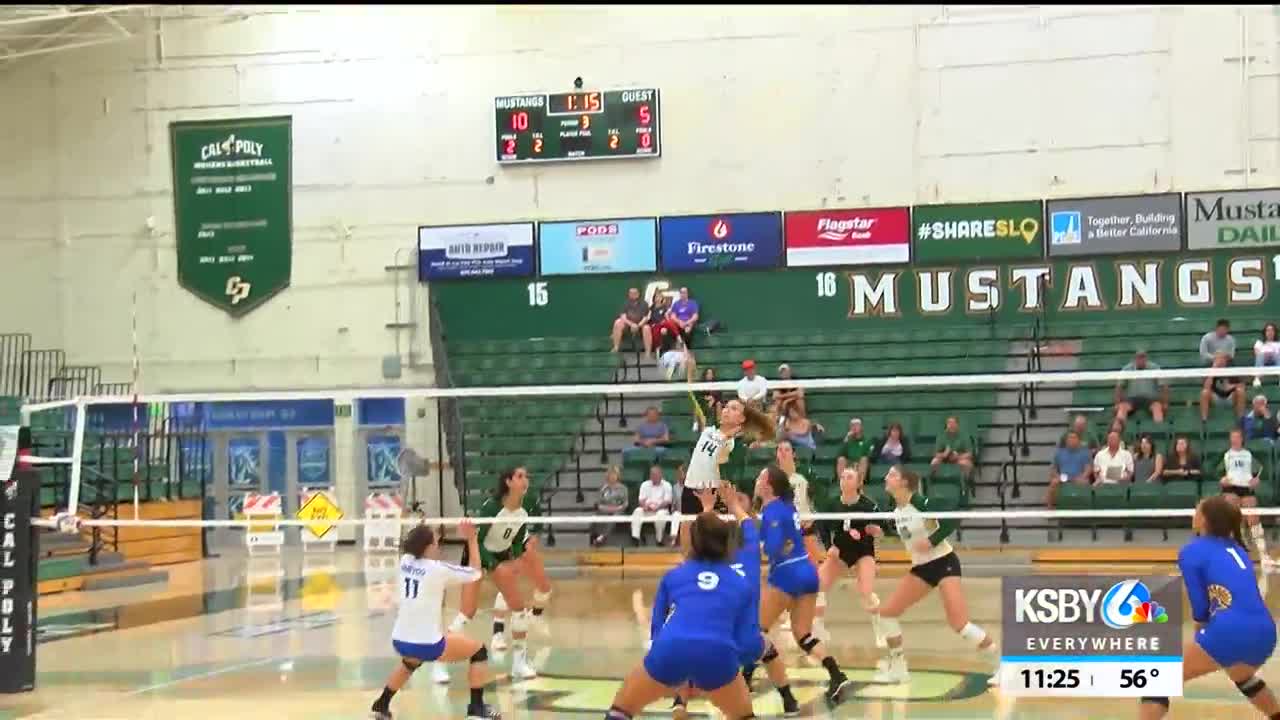 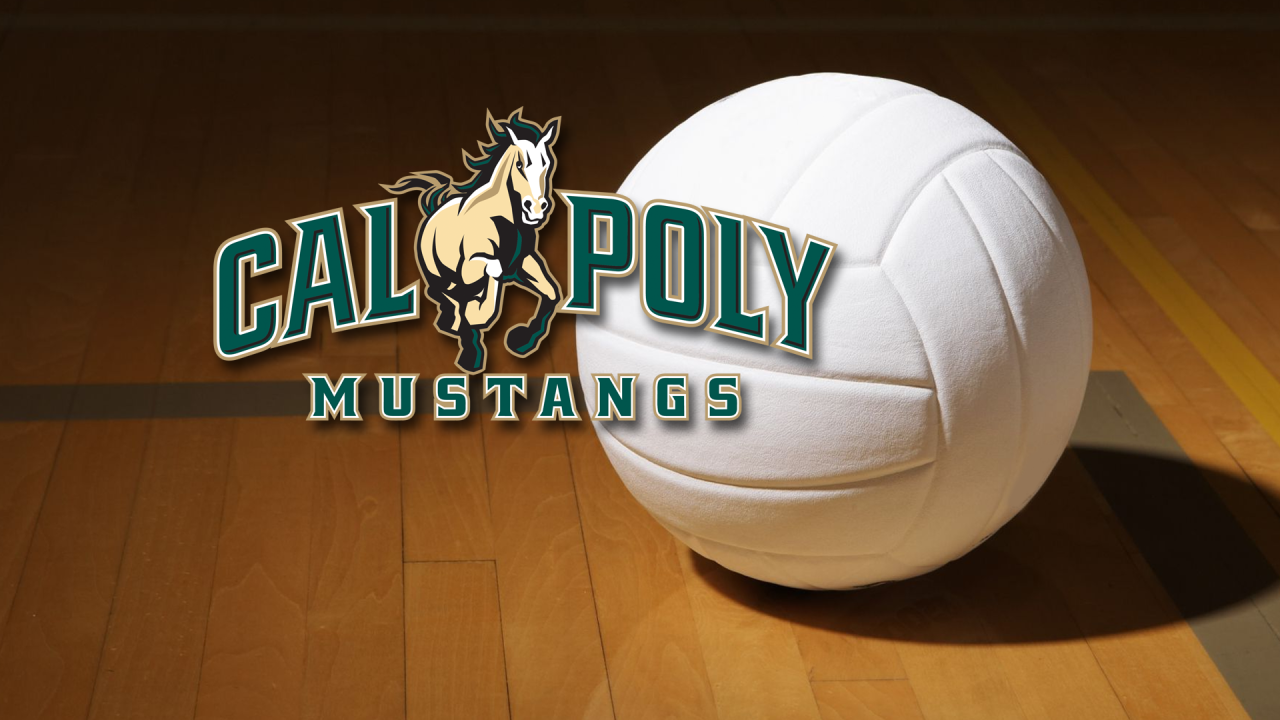 After finishing up a tough non-conference schedule that included four teams ranked inside the AVCA Top 25 and seven matches against 2018 NCAA Tournament teams, the Cal Poly volleyball team will now shift its focus to Big West play as the Mustangs (7-5) host Long Beach State Tuesday before heading to southern California this weekend to face Cal State Fullerton and UC Irvine.

Cal Poly will then travel to play Cal State Fullerton on Friday at 7 p.m. Audio, video, and live stat links are all available for that match. The Mustangs then wrap up the week Saturday against UC Irvine at 7 p.m. That match will be streamed live on ESPN3.com and the WatchESPN app.

The Mustangs are coming off a 2-1 record last week at the Homewood Suites UNC/CSU Volleyball Classic in Colorado. Cal Poly beat Northern Colorado and Oregon State but fell to then No. 22 Colorado State.

Currently with a 7-5 record, Cal Poly has gone 7-2 since dropping the first three matches of the season.

Through non-conference, the Mustangs have been led by junior outside hitter Maia Dvoracek. The first-year starter is averaging a team-best 3.42 kills per set and is third in the nation in service aces with 35.

Senior libero Mika Dickson leads the team in digs at 2.94 per set, sophomore setter Avalon DeNecochea is averaging 8.08 assists per set, and sophomore middle blocker is averaging a team-high 1.15 blocks per set.

The Mustangs will continue to be without senior opposite hitter Torrey Van Winden, who is out due to injury.

Long Beach State (3-9) is coming off an 0-3 week last week that included losses to San Diego State, USC, and San Diego. Earlier this season, they went to five sets with then No. 11 Florida, losing 19-17 in the fifth. While LBSU leads the all-time series record 45-23, Cal Poly has won the last four meetings.

The Titans (8-3) are coming off a 1-1 weekend in which they beat Penn and lost to Seattle University. They finished non-conference with an 8-3 record, the best since 2010. Cal Poly leads the all-time series 56-10 and has won the last 10 matches.

The Anteaters (3-9) went 1-1 last weekend at the Boise State Classic, beating Idaho State and losing to Boise State. They have lost three of their last four matches heading into Tuesday. Cal Poly is 48-18 all-time against UC Irvine and has swept the season series each of the last four seasons.

Mustangs Among Big West and National Leaders: Through the first four weeks of the season, the Mustangs have been one of the toughest teams from the service line. Junior outside hitter Maia Dvoracek is currently third in Division I in service aces with 35. Her 35 aces are also already more than any Mustang player had the entire season in 2018. As a team, Cal Poly ranks 24th in the nation and first in the Big West in aces per set at 1.81.

Cal Poly Picked To Three-Peat As Big West Champion: Coming off its second consecutive Big West championship in 2018, the Mustangs were selected to three-peat in 2019 after receiving five first-place votes and a total of 77 points.

Hawai'i, who finished second last season, was picked to finish second this season. They received four first-place votes and a total of 76 points. UC Santa Barbara (59 points), UC Irvine (52 points), and Long Beach State (46 points) rounded out the rest of the top five.

Strong In Conference: In their last two Big West title winning seasons, the Mustangs have a record of 31-1 against Big West opponents. That included a 16-0 record in 2017 and 15-1 last season.

Reigning Big West Player of the Year and AVCA All-American opposite hitter Torrey Van Winden returns for her senior season. Last year, Van Winden was second in the Big West and third in the nation in kills per set (5.07) and led the conference in hitting percentage (.365). Her 5.07 kills per set was the second-highest single-season average in program history. In addition, she also owns the third-spot in that category for her 2017 average of 4.83.

Junior Madilyn Mercer returns following an All-Big West First Team sophomore season. Mercer led the conference in blocks last season at 1.12 blocks per set. She had a match last season at Hawai'i that saw her total 11 block assists, just two shy of tying a program record. She was also fourth on the team in kills and 10th in the Big West in hitting percentage (.289).

Sophomores Avalon DeNecochea and Meredith Phillips come back looking to continue with the success they had in their rookie campaigns. DeNecochea was named Big West Co-Freshman of the Year (the first Mustang since 2015), All-Conference Honorable Mention and All-Freshman Team after filling the void at the setter position previously held by Taylor Nelson and directing the Cal Poly offense to the best hitting percentage in the Big West and seventh-highest in the nation at .295. DeNecochea was second in the conference in assists per set at 10.32 and was fourth on the team in both blocks and digs.

Phillips, a middle blocker, was named to the Big West All-Freshman Team and All-Conference Honorable Mention after finishing third on the team in kills and second in blocks. She also had the fifth-highest hitting percentage in the Big West at .325.

New(ish) Head Coach: In December, Cal Poly hired Caroline Walters to become the new head volleyball coach. However, Walters is no stranger to Cal Poly. This is now her 11th year with the program, having been both an assistant coach and associate head coach since 2009.

This is also not her first experience as head coach. Three matches into the 2011 season, Walters was named interim head coach for the remainder of the season.