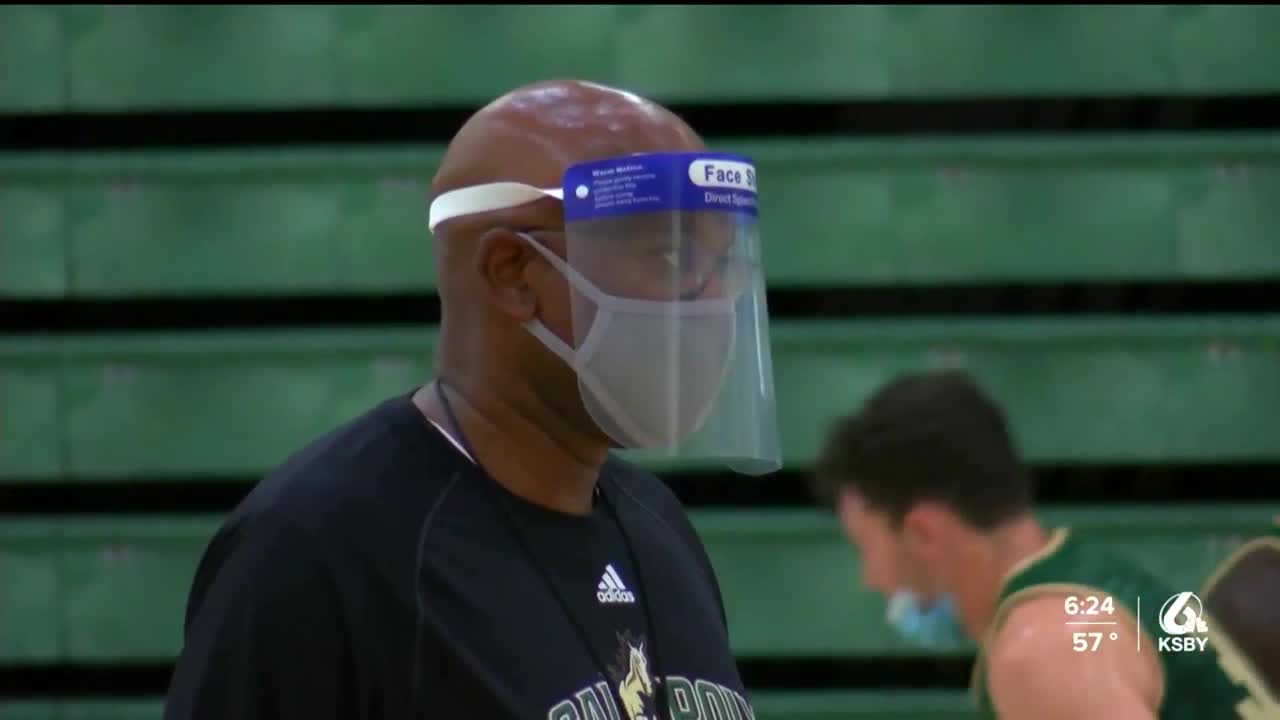 The Cal Poly men’s basketball program added Bethesda College to its regular season schedule on Wednesday with the Mustangs scheduled to host the Flames for their Friday, Nov. 27 regular season opener inside Mott Athletics Center. Tip-off time is 4 p.m.

Per county regulations, no spectators will be allowed.

Cal Poly was scheduled to open its season at the Nov. 25, 27-28 U.S. Bank Pilot Invitational, hosted by Portland. The program, however, opted out with San Luis Obispo County imposing a 14-day quarantine for any travel deemed non-essential.

Bethesda, members of the National Christian College Athletic Association and Pacific Christian Athletic Conference, have visited Mott Athletics Center twice prior, falling to the Mustangs in 2013 (78-39) and 2016 (69-52).

“For us, it’s just trying to get games under out belt because we’re so young. We have seven freshmen, and we’re trying to get them used to playing college basketball before we get into conference play,” said John Smith, Cal Poly men’s basketball head coach. “Whatever game we can pick up, we’re grateful and thankful for. They know it’s going to be different, a different year in terms of how we’re going to operate; sitting courtside, waiting to go into the game with a mask on is something that we never could have imagined, but it is what it is. It’s part of the changing of the times that we have to understand for us to get out of this situation. As a country, we need to adhere to it.”