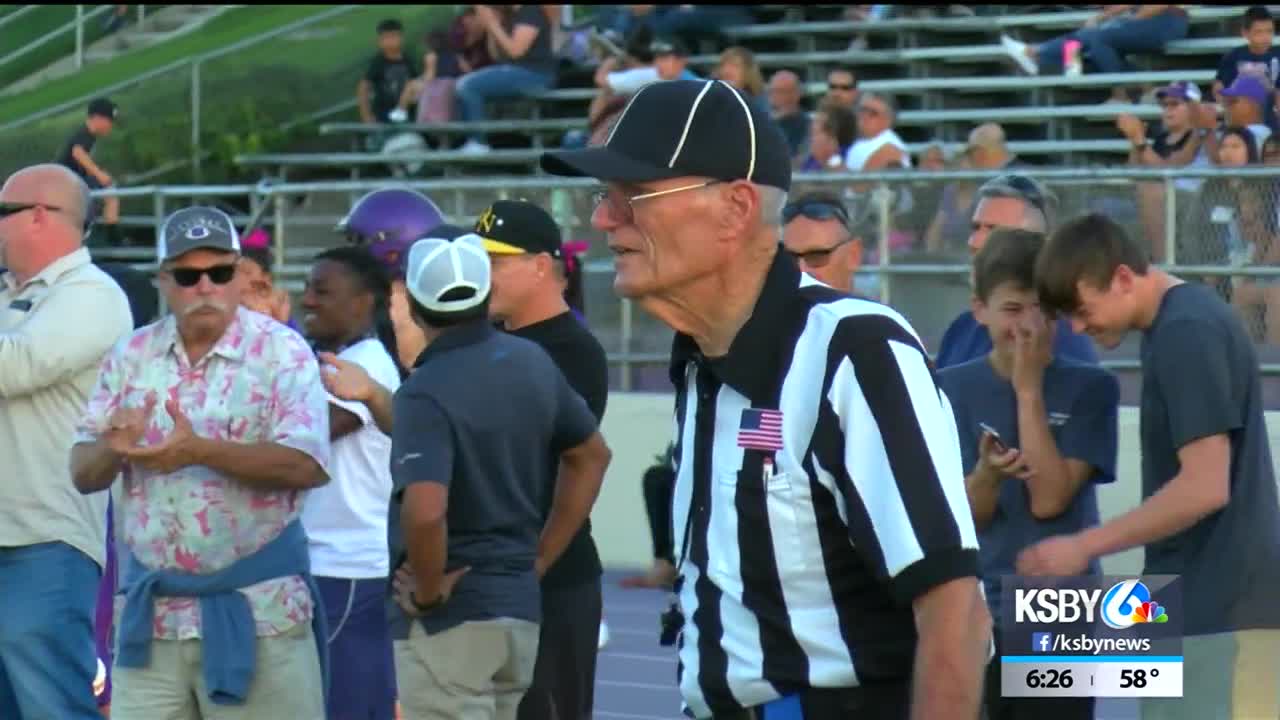 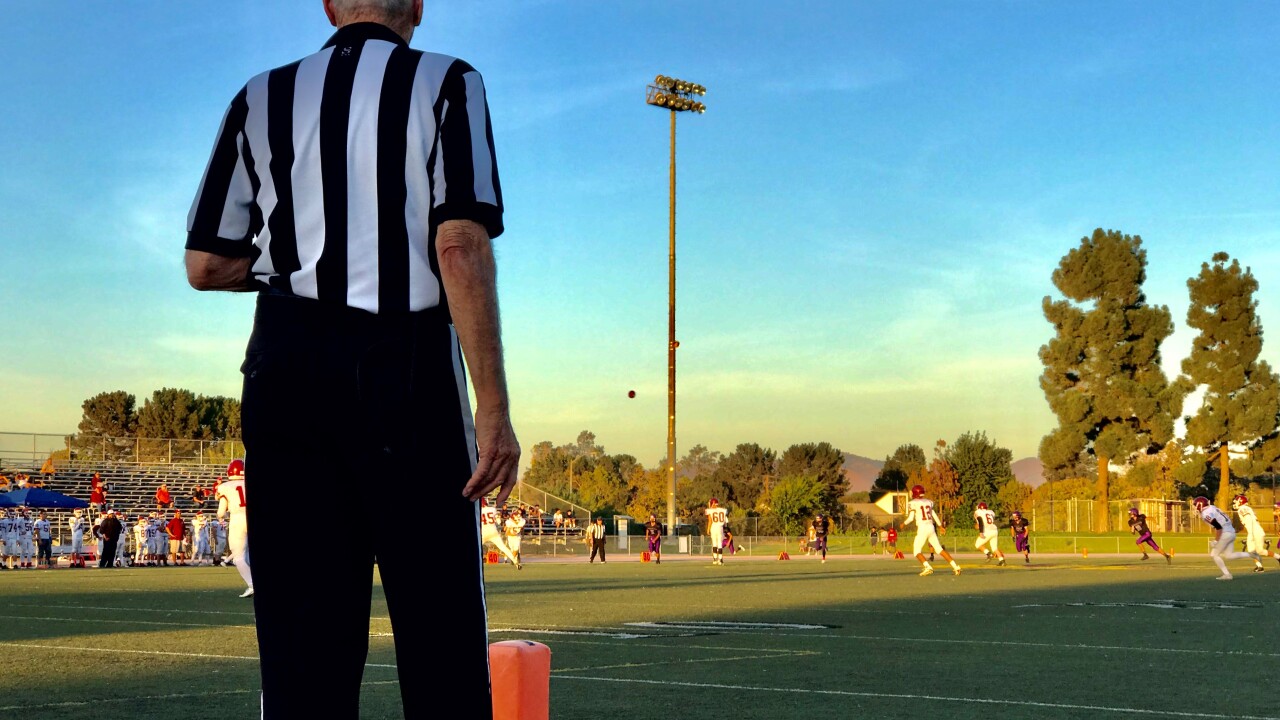 A flip of the coin marked the beginning of what seemed like an ordinary freshman football game between Paso Robles and Righetti last Thursday night.

It was more like a going away party for 80-year-old John Iribarren, who after 59 years of officiating, is finally retiring.

"Once we're in the game and that whistle blows, I'm ready to go to work," Iribarren said.

John took his place in his familiar position as line judge, a role he assumed for 28 years at the NCAA Division 1 level in the Western Athletic Conference. He even had the opportunity to work 15 bowl games; his last coming in 2004.

"I want to be the best I can on every scrimmage down," Iribarren said. "That's how I approached football."

John also umpired baseball and officiated basketball during his 50-year tenure as Dean of Students at Mission Prep. While he had opportunities to advance as an official, he opted to remain local.

"Something told me to stay with kids, be a teacher, coach, officiate on the side, so that's the approach I always took," Iribarren added.

John is just as instrumental off the field as he is on it. He's been mentoring and teaching officials ever since he became one of the leaders of the Los Padres Football Officials Association.

Jerry Mrozek, a 45-year officiating veteran, says John always uses common sense on the field. "He would take everything, work out each situation, follow the rules, and break it down so it was easy to understand."

Jimmy Gin has worked alongside John for 42 years, and he remembers him as his mentor when first starting out. "He just brought new officials like myself, back then, under his wing. It's because of him that I have stayed so long."

"He's just amazing with his integrity," Los Padres Football Officials Association assignor Mike Ostini said. "The guys look up to him, the veterans look up to him and that's the biggest part."

John is known for patrolling a game like a guard at a prison. He can handle any criticism spewed his way, a no nonsense type of reputation.

"You can't take any guff, no. It's not worth it," Iribarren exclaimed. "They know that I'm going to be there and they say, 'Oh gosh, we can't get away with any crap today.'"

He earned the respect of many, including longtime San Luis Obispo head football coach Vic Ecklund.

"Anytime we saw John we knew it was going to be fair," Ecklund said. "He was professional about everything he did. If you asked him a question, you knew he was going to be able to answer it thoroughly for you. You knew that he knew the rules."

It didn't take long for Ostini to find help for John's last hurrah. Mrozek, Lake, and Gin all agreed, as well as two others. There was over 250 years of football officiating experience on the field.

"It wasn't hard to get six other guys to work with John," Ostini said. "When he's at the very end of his career, it's pretty special."

"You know, athletics has been my life," Iribarren said. "Would I do it again? Yes I would."

Now that his on-field career is all but done, John says one of the greatest highlights of his 59 years was being able to officiate a game at Notre Dame Stadium, home of the Irish, his favorite college football team.