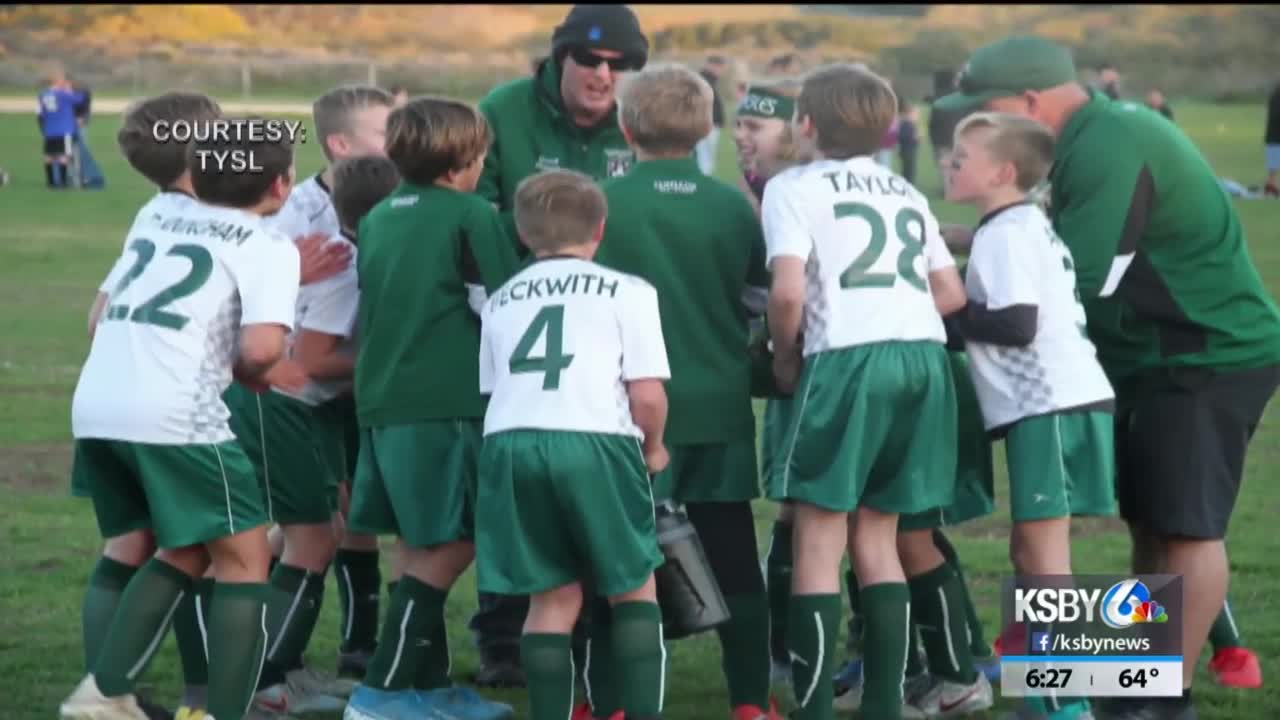 It's a word you hear a lot around Templeton, "community." And for a town that prides itself on togetherness, it's been pretty easy to rally around the youth soccer program.

"It's amazing," Girls U14 coach Randy Schad added. "It all starts with hard work and dedication. After that, it's time to play soccer."

The Templeton Youth Soccer League, led by recreation supervisor Melissa Johnson, is made up of 750 kids, ages five to 18. On top of that, there are six all-star teams; boys' and girls' U10, U12, and U14. Together, they operate like one big family.

"It's actually been super fun, so far. I love playing with everyone I've played with," Boys U14 member River Waltmire said. "I love the coaches, and I love the support from the parents."

"It has been a really great experience," Boys U12 member Tyler Cunningham added. "I love playing with all my teammates that I've played with. The coaches are great with helping the development of the players."

This season, the six all-star teams combined for a record of 90 wins, six ties, and just 13 losses. They also captured 18 tournament titles. Those totals have impressed all the coaches.

"We've got a bunch of good young athletes. They work really hard," Boys U12 coach Jordan Cunningham said. "We always make it our focus to never get beat in the second half. We're always going to be better conditioned than the other team."

Rubin added, "Everybody wants to succeed. If you couple that with kids that want to work hard, commit to the program, and be better adults, you're going to experience success as a result of that."

And while the kids do all the scoring, running, passing, and defending, they still understand what it means to have great coaching.

I'm really glad that they've all gotten to coach me because they've help me grow. They're really good coaches," Girls U14 member Azalea Reynoso explained.

Ricky Hoffman, who's new to the Boys U14 program, has enjoyed his experience so far. "It's been great. Everybody has been getting a lot better, especially the defenders, midfielders, and some of the forwards have changed throughout the year."

The coaches have a lot of respect for one another. "I think we all have the same heartbeat, same vision when it comes to making our program successful," Schad added.

It's no doubt that soccer has helped put small-town Templeton on the map.

"It's really cool that, now, everyone knows us," Reynoso said.

"Templeton is such a small town, but yet, we can win all these tournaments and make Templeton a known place," Waltmire added.

Cunningham loves that the program is turning from underdog to powerhouse before everyone's eyes. "Nobody knows where Templeton is and that's pretty fun. But I tell you what, they know now after a couple years of us doing that."