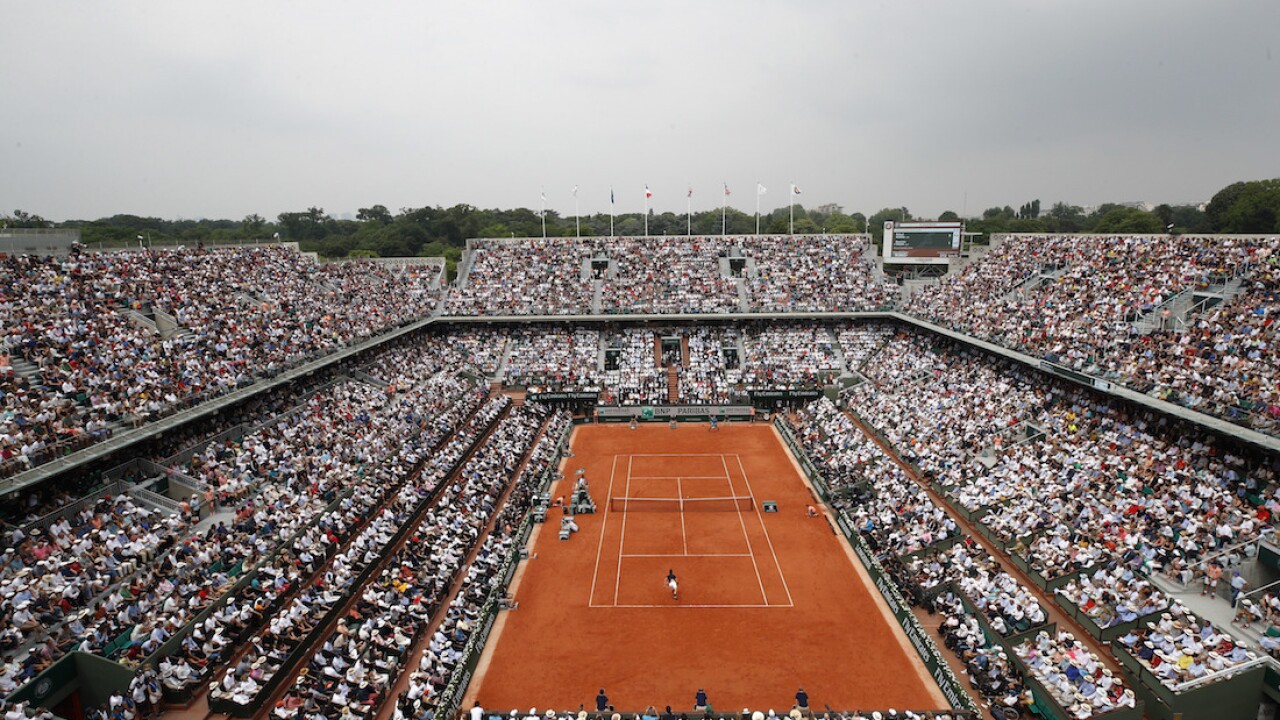 Copyright 2018 The Associated Press. All rights reserved.
Christophe Ena/AP
FILE - In this June 10, 2018 file photo, the crowd watch Austria's Dominic Thiem serving to Spain's Rafael Nadal during the men's final match of the French Open tennis tournament at the Roland Garros stadium,in Paris. Spectators will be allowed at the French Open later this month despite the growing number of coronavirus cases in the country, organizers said on Monday as they unveiled the health protocols for the clay-court Grand Slam tournament. The event will take place at Roland Garros stadium in western Paris from Sept. 27 after being postponed from its May date due to the pandemic. (AP Photo/Christophe Ena, File)

PARIS (AP) — Spectators will be allowed at the French Open this month despite the growing number of coronavirus cases in the country.

Organizers unveiled the health protocols for the clay-court grand slam, which will take place at Roland Garros from Sept. 21 after being postponed from its May start due to the pandemic.

The qualifying rounds later in September will be played behind closed doors.

Roland Garros will be divided into three zones based on the three main courts, with a limited capacity of 5,000 people each for the Philippe Chatrier and Suzanne Lenglen courts.

The zone surrounding the third biggest court will host a maximum of 1,500 spectators a day.

Spectators in the stands will be allocated under strict protocols, the organizers stated.

Anyone over the age of 11 will be required to wear a mask.

Players will be tested on arriving in Paris and be regularly tested.

They'll also have a choice of two hotels to stay in.