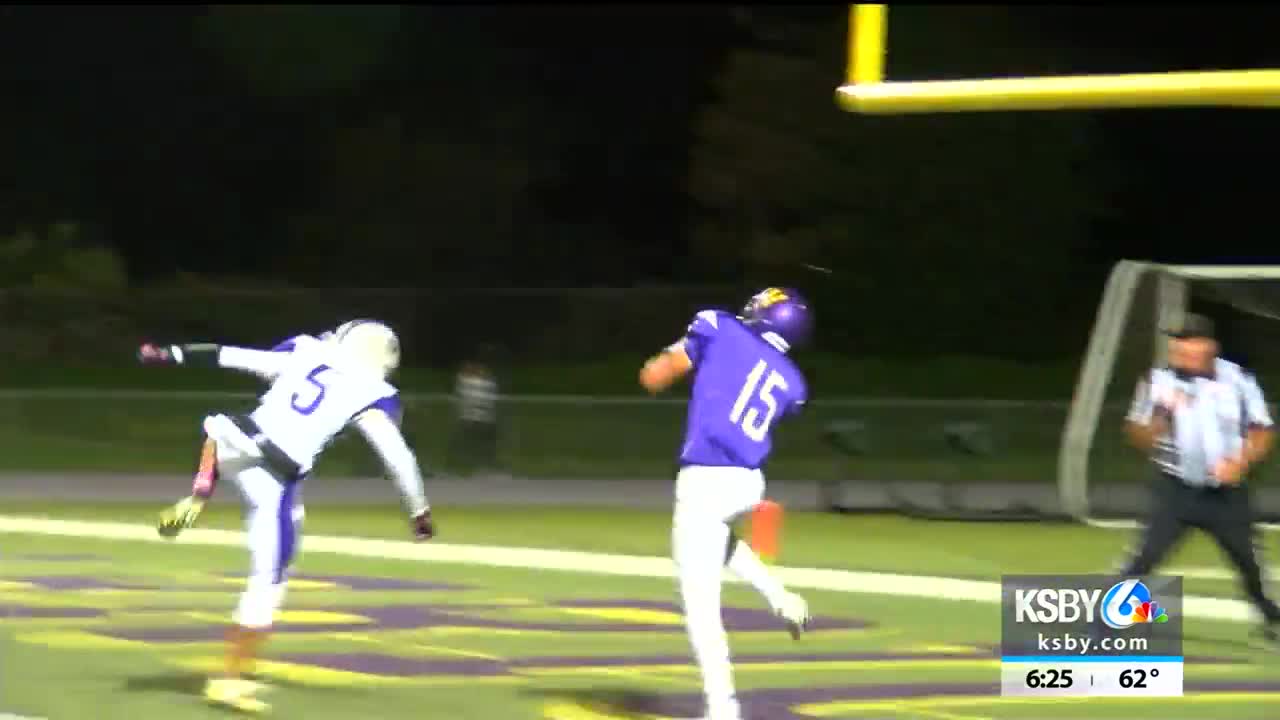 It's rivalry week and the regular season finale for high school football on the Central Coast, and in our Game of the Week, St. Joseph will host Righetti in the Battle for the Shield.

The Knights have controlled this rivalry with four-straight victories but Righetti is looking to change that around Friday night.

It's been a great season so far for the Warriors. They were the top team in our power rankings for most of the season, and it all began with a huge comeback win over Lompoc in Week 2.

Righetti started the season 6-0 but has now lost two of its last three games. Head coach Tony Payne says those losses have helped shape his football team, and they got back on track last week with a 28-14 win over Paso Robles.

The stage is set for the shield and at least a piece of the Mountain League title.

"They've been playing against these kids, and with these kids, at St. Joe's since they were little boys. They've grown up thinking about this game, dreaming about this game, and it's coming on Friday," Payne said. "I don't have to say or do anything. You know, if you beat a quality program like St. Joe's, you've got a good chance of going really far in the playoffs. "

"We really just think, if we focus on the details and we execute, then it shouldn't be that big of a deal," junior running back Kidasi Nepa added. "We also have to be alert, because this is a really talented team. "

"This week for us, obviously more focused, more preparation, you know, league championship is on the line," senior wide receiver Chase Reynoso said. "Playing against St. Joe's, they've got a great squad over there, so we just have to come in, stay focused, and do our thing on Friday night. "

"That would mean everything to us," senior lineman Henry Aguilar added. "We haven't had the shield in a while, so just to bring that back to our community, to our school, it would be a great feeling."

Kickoff at Jay Will Stadium is scheduled for 7 P.M.