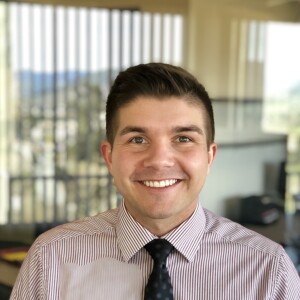 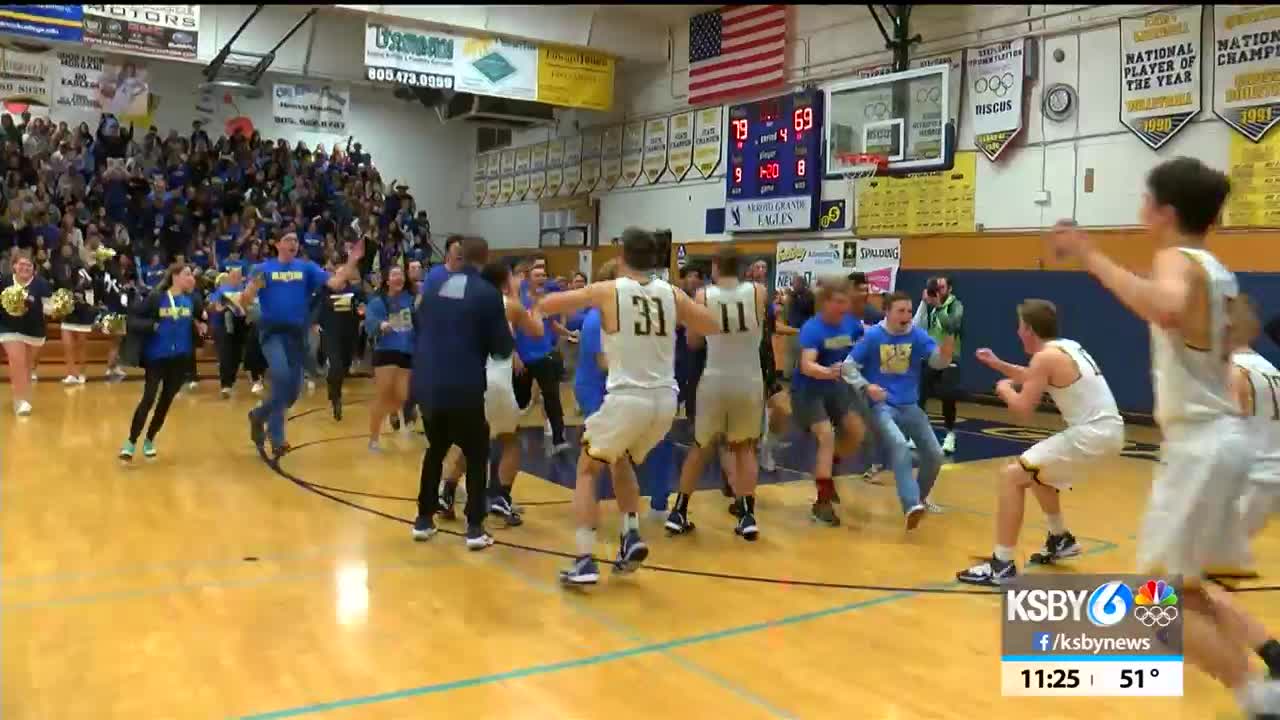 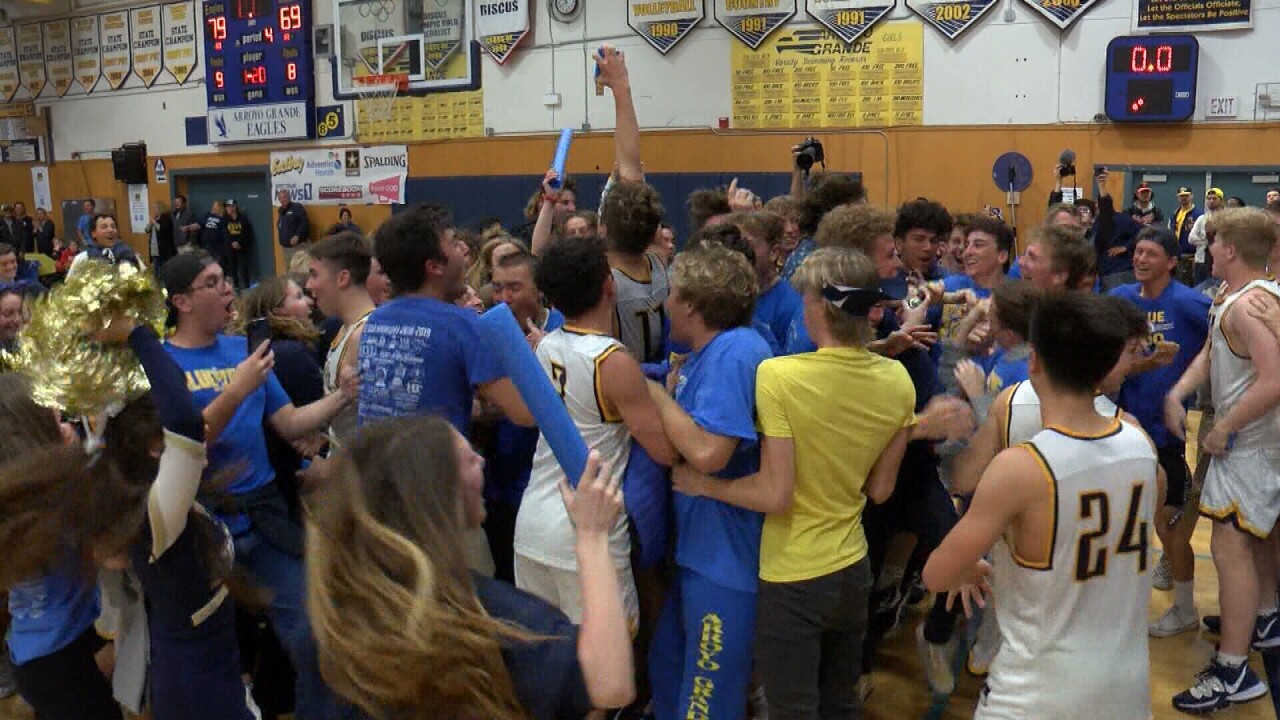 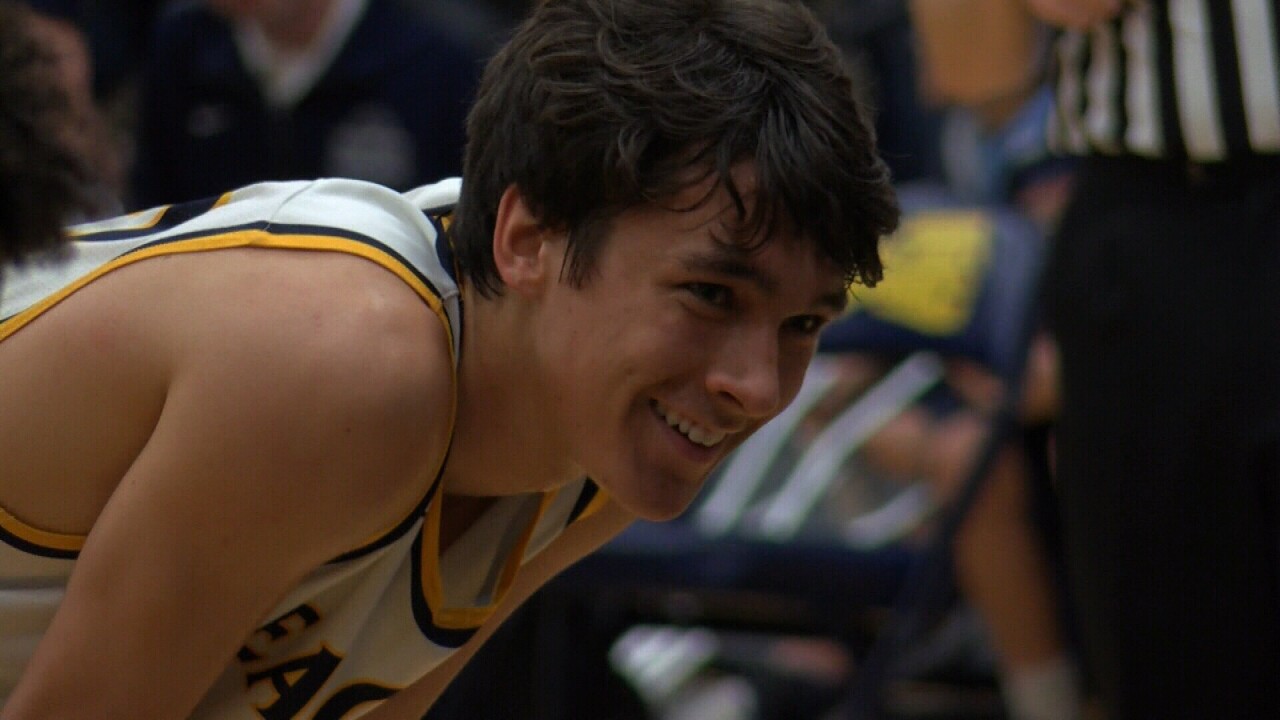 The (5) Arroyo Grande boys basketball team is heading to the CIF Division III State Championship for the 1st time in school history with a 79-69 win over (11) Providence in the Regional Final.

Led by seniors Robert Hutchens (27 points), Gage Gomez (21 points), and Connor Angle (17 points), the Eagles went off for 23 points in the 2nd quarter to take an 11-point lead into the half.

Arroyo Grande shot a scorching 13-26 from downtown, including 11 threes between Hutchens (7) and Gomez (4).

The Eagles tallied 20 assists on the night compared to the Pioneers' 12. AG had 15 turnovers, but their 51% shooting helped push them past Providence in a dominating win.

Arroyo Grande will head to Sacramento for the Division III State Championship to face (4) Saint Mary's at 4pm at the Golden 1 Center.

"This is a group of kids, local kids, that have been playing together since about the 4th grade. We love them," Ryan Glanville, head coach of the Eagles, said. "They represent the school really well, not only on the court, but in the classroom. Couldn't be prouder and more pleased for them at this moment."

"I'm just super excited, man. Those are the only words I have," Gage Gomez, a senior guard for AG, said. "We worked really hard to get here and with the support of these guys (fans), we couldn't have done it without them. We love every one of them."

"We're just happy to be here. This is fun," Connor Angle, a senior guard for the Eagles, said. "It's been one heck of a ride. I wouldn't want anyone else to play with. I mean, we've been thinking this is our last game, but the next one is actually going to be our last game, so we're just going to soak in being there."

"I cried of happiness after the game. I don't know if I've ever been this happy. All of us are so happy," Robert Hutchens, a senior forward for the Eagles, said. "On to Sacramento, let's get another one. Let's go!"