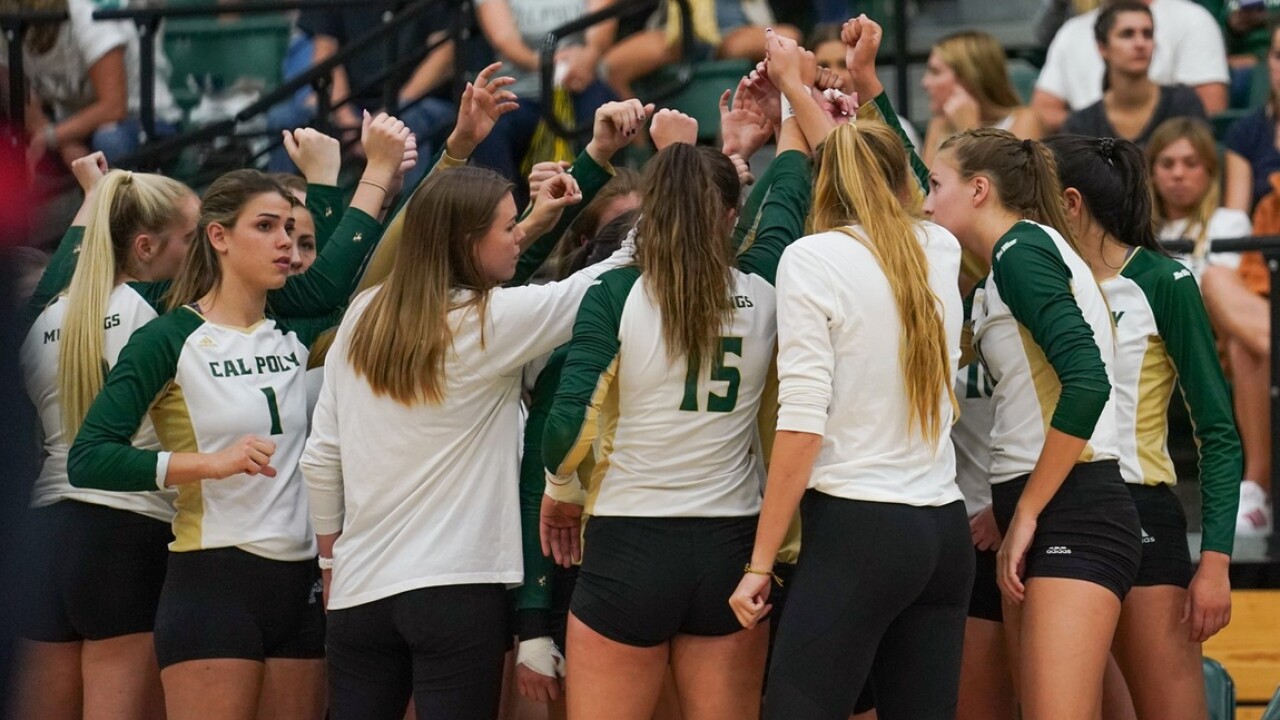 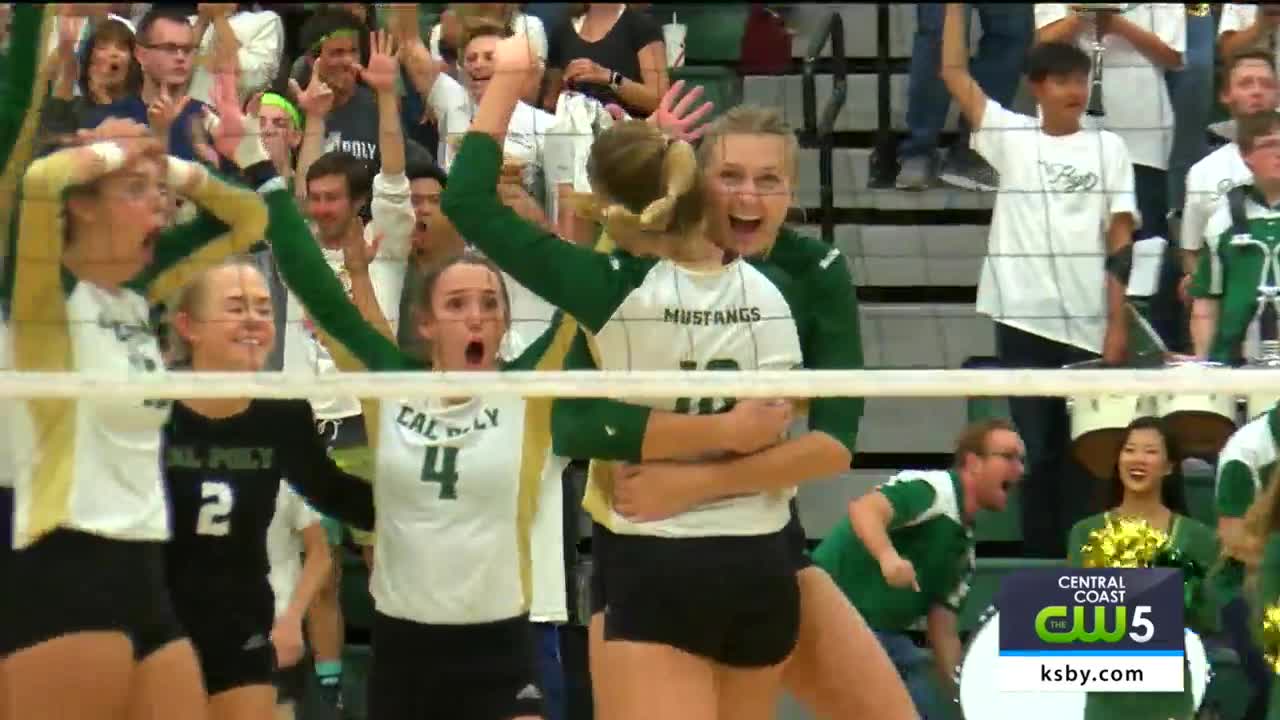 Coming off its third consecutive win Tuesday night with a sweep at home over CSUN, the Cal Poly volleyball team goes back on the road for a pivotal match this weekend when it travels to Honolulu to take on No. 21 Hawaii.

First serve from the Stan Sheriff Center on Sunday is set for 7 p.m. PT. Links for live streaming video, audio, and live stats can be found above or on the schedule page.

The win extended Cal Poly's home winning streak to a nation's-best 29 straight matches. So far this season, the Mustangs are 8-0 at home. It also keeps them tied atop the Big West standings with UC Santa Barbara, who is also 9-1.

For the Rainbow Wahine (18-3, 8-2), they are currently riding a five-match win streak, which began after the loss to Cal Poly on Oct. 11., and sit in third place in the Big West heading into their match against the Gauchos on Friday. They are coming off back-to-back sweeps last weekend on the road against Cal State Fullerton and UC Irvine.

The Mustangs swept Hawaii when the two squared off a few weeks ago at Mott Athletics Center. It was the first time Cal Poly has ever swept the Rainbow Wahine in a match. The Mustangs have also won four of the last five meetings with Hawaii. However, the Rainbow Wahine won in five sets last season when the teams played in Honolulu. Prior to 2017, Cal Poly had not defeated Hawaii since 2006. They will also be looking to sweep the season series for just the second time. The Rainbow Wahine lead the all-time series 40-8.