Mustangs fall on the road to No. 21 Hawaii in four sets 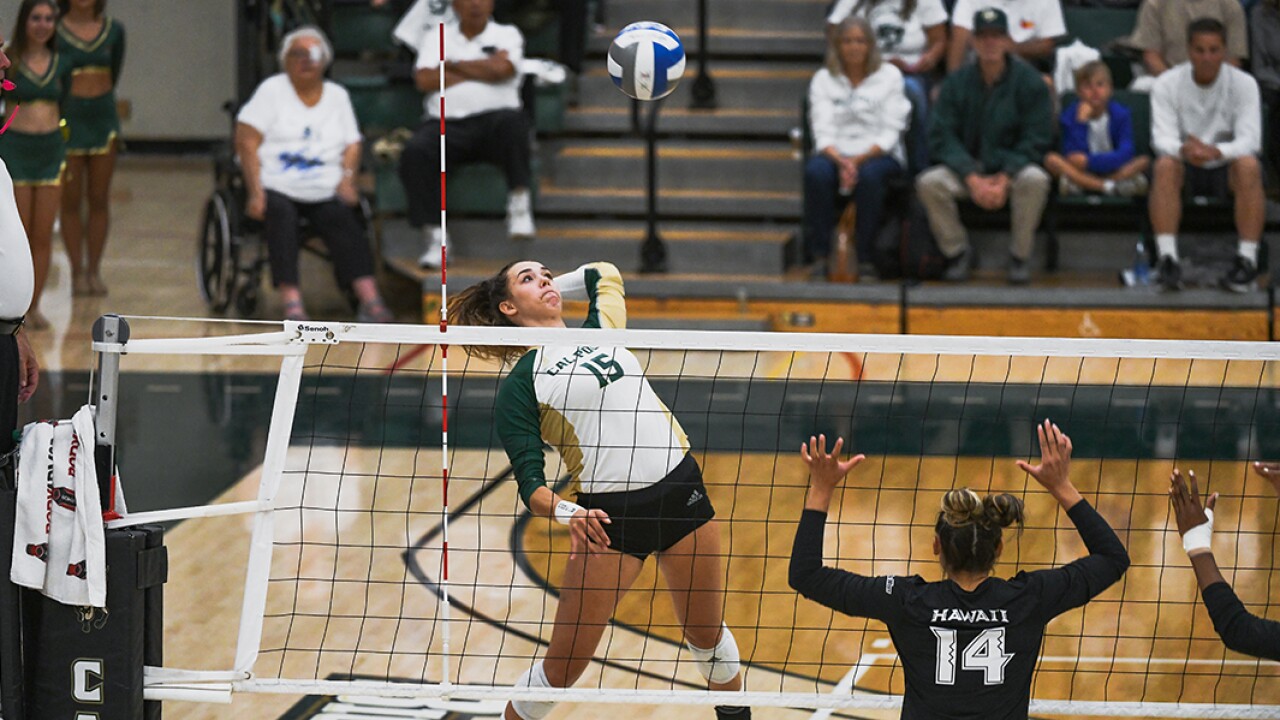 Despite match-high 29 kills on a .254 hitting percentage and 13 digs for her sixth double-double of the season from junior outside hitter Maia Dvoracek, the Cal Poly volleyball team fell on the road to the University of Hawaii in four sets on the road Sunday inside the Stan Sheriff Center in front of nearly 7,000 fans by set scores of 25-15, 22-25, 20-25, 23-25.

Dvoracek’s stellar performance was just one kill shy of her career-high as she has now recorded double-digit kills in 13 consecutive matches. The Mustangs’ (16-7, 9-2 BW) also got six kills each from junior middle blocker Madilyn Mercer and sophomore middle blocker Meredith Phillips. Mercer also had a team-high three blocks on the night. Sophomore setter Avalon DeNecochea dished out a match-high 45 assists and senior libero Mika Dickson added 13 digs for Cal Poly.

Cal Poly opened the first set by getting out to an early 4-1 lead. Hawaii then responded with a 6-1 run to go up 7-5. Leading 9-8, the Rainbow Wahine scored six straight points to push their lead to 15-8. The Mustangs were able to cut the lead to as little as five at 12-17 but from there, Hawai’i finished the set on an 8-3 run to win the opening set 25-15.

It was back-and-forth to start the second set. Tied at 7-7, Cal Poly scored three consecutive points to take a 10-7 lead. The Mustangs held a lead by as many as five at 19-14 before the Rainbow Wahine scored three straight points to cut it to 19-17 before Cal Poly responded with back-to-back kills by Madilyn Mercer to push the lead to 21-17. Hawaii then scored three consecutive points to cut the Cal Poly lead to 21-20. Up 22-21, the Mustangs finished the set with a 3-1 run to win it 25-22. In the set, Cal Poly hit .297 while committing just four attack errors.

Cal Poly will now return home for a pivotal match against UC Santa Barbara next Saturday, Nov. 9 at 7 p.m. from Mott Athletics Center.