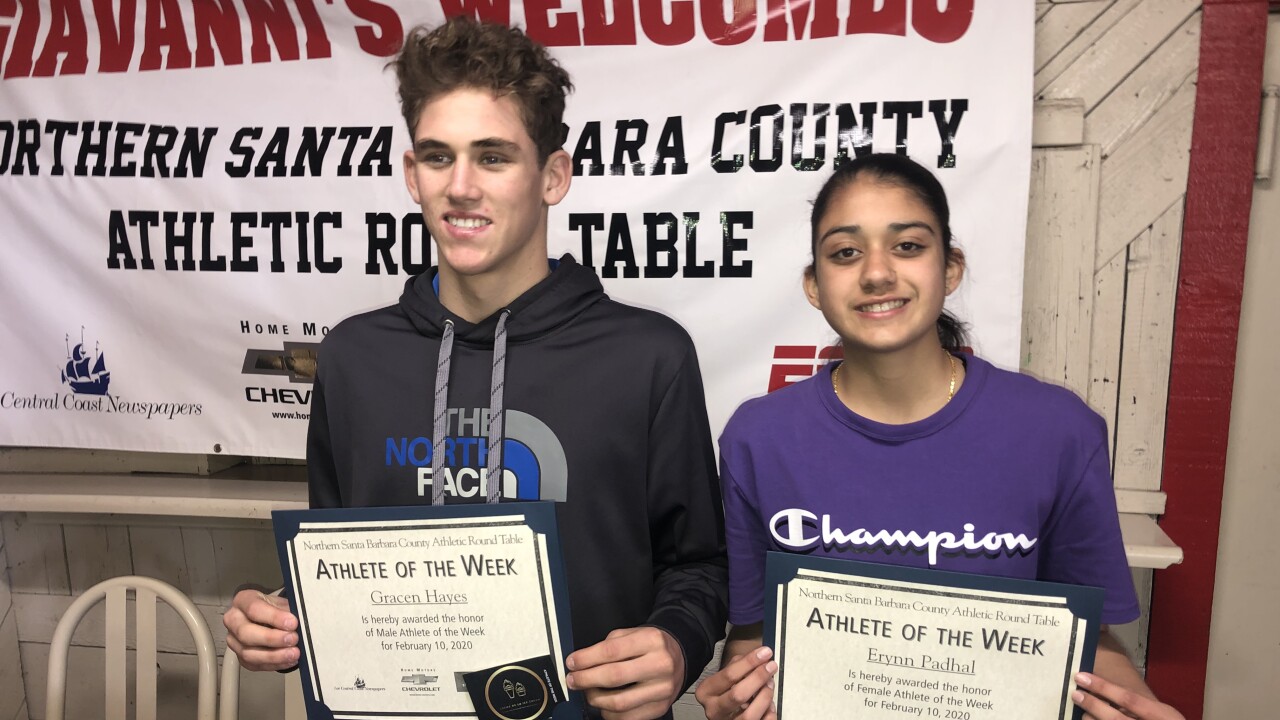 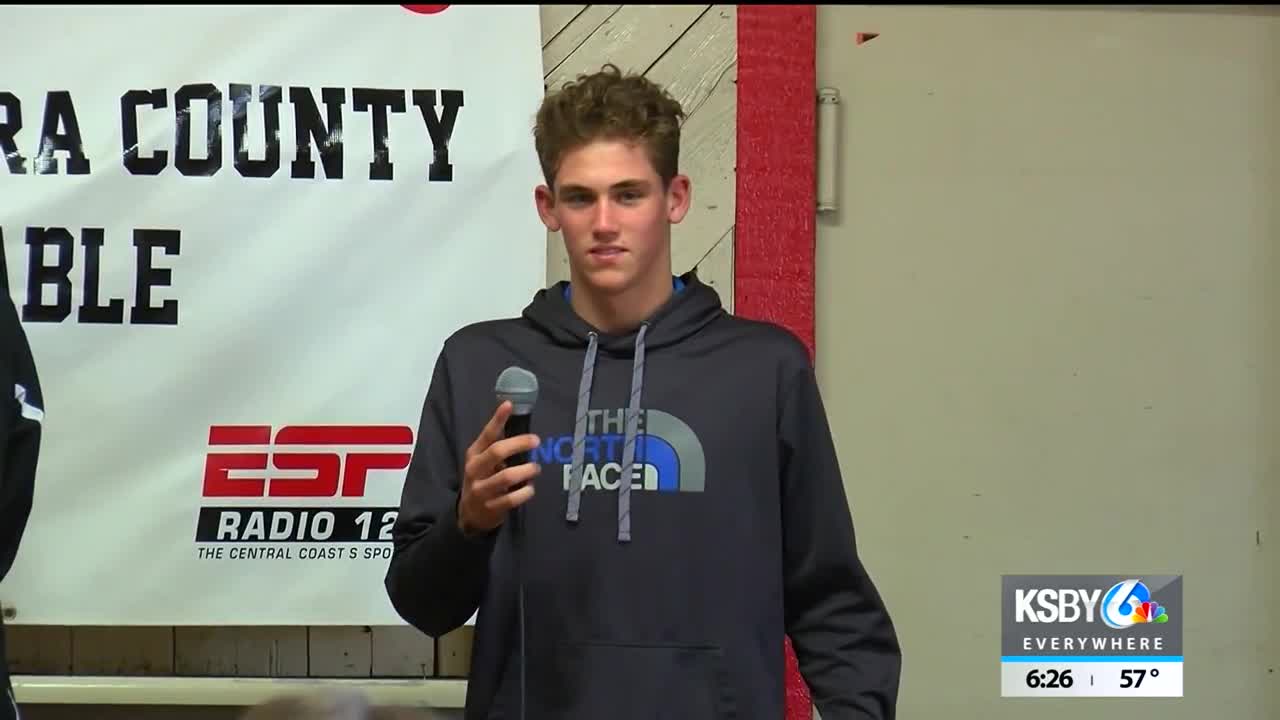 Padhal, the female athlete of the week, is a member of the Orcutt Academy girls basketball team. Padhal helped lead the Lady Spartans to their first-ever Ocean League title, and first basketball league championship in school history. Padhal combined for 36 points, 11 rebounds, and four steals in those two victories last week.

"The season was good. It was tough at some points, especially during preseason when we played all the teams we haven't really played before," Padhal said. "It was good because we got the practice we needed to come in and work on our defense and offense. We got everything we had to do and got it done."

Hayes, the male athlete of the week, wrestles for Lompoc High School. Hayes captured the Channel League title at 145lbs and capped off his regular season undefeated.

"I'm glad I'm competing with my brother and everyone else around here. I'm just glad to win it," Hayes said. "It went good so far. We just won league and going onto CIF. I just have to work harder and be the best one in the room."