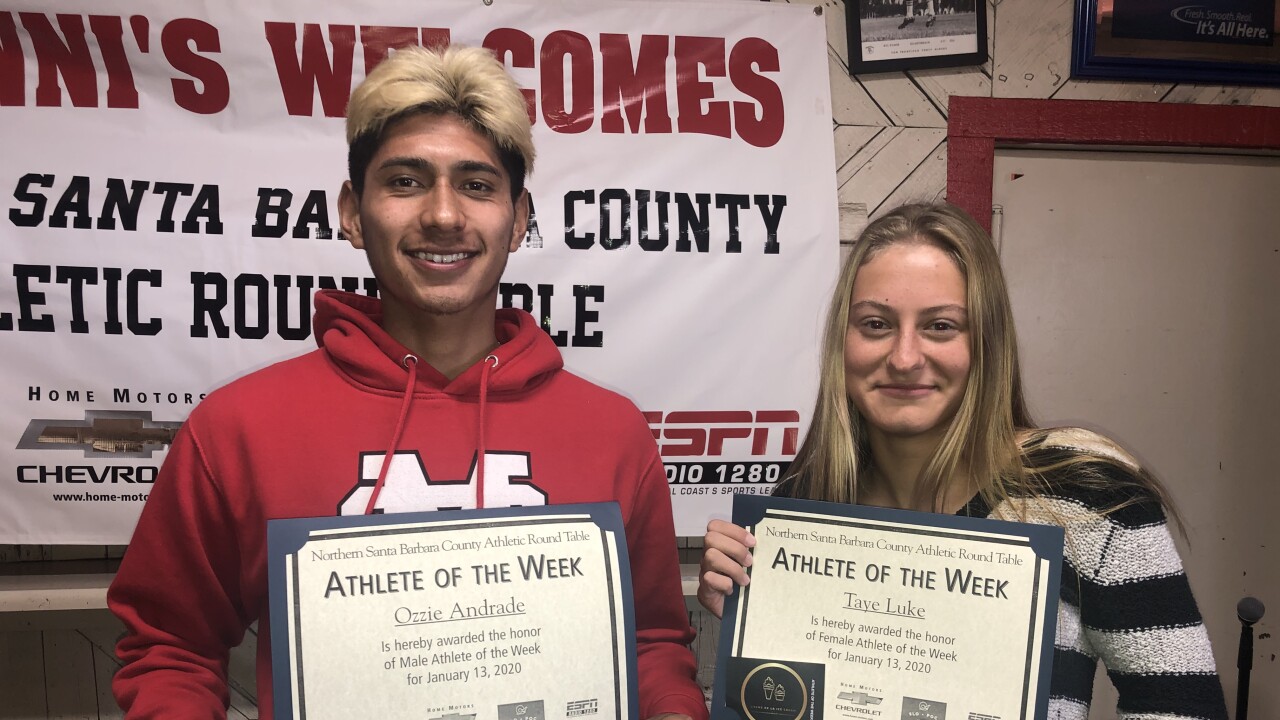 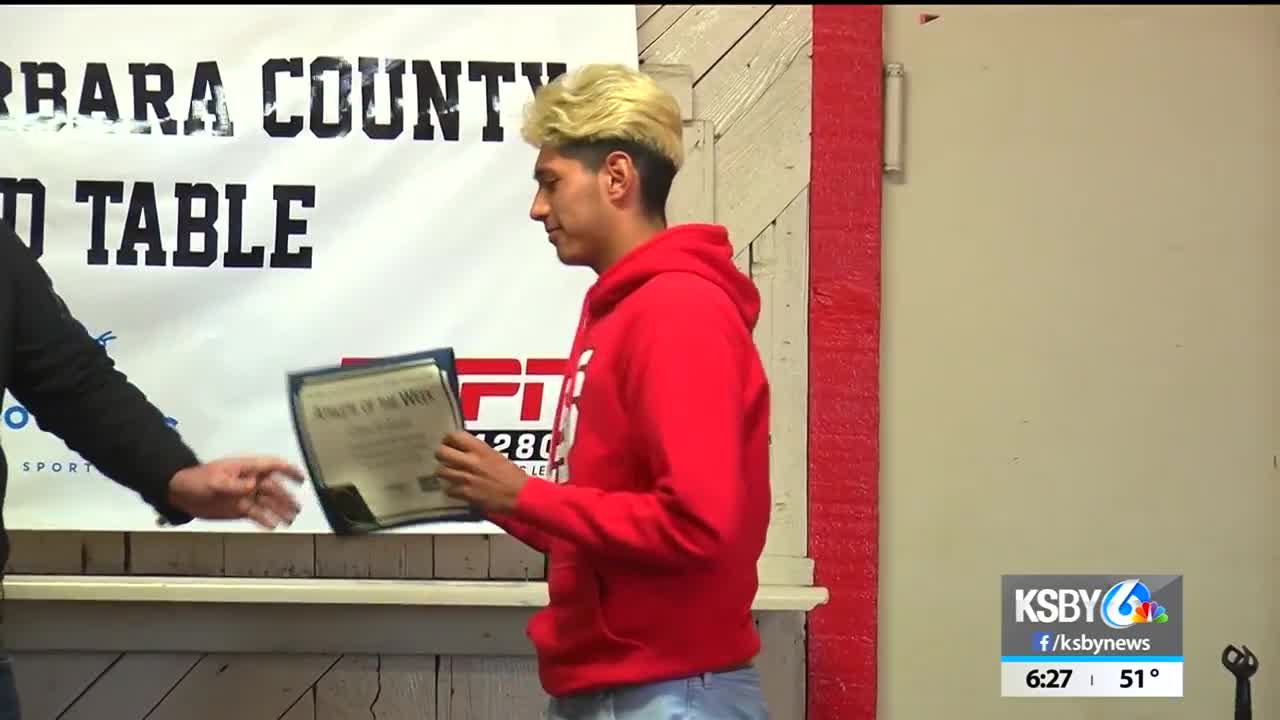 Andrade, the male athlete of the week, is a member of the Santa Maria boys soccer team. In three Mountain League games so far this season, Andrade has 20 saves and hasn't allowed a goal.

Luke, the female athlete of the week, is a member of the Santa Ynez girls water polo team. In wins over Buena and Cabrillo last week, Luke scored 14 goals, seven in each game, while collecting three assists and six steals.

"We just worked together as a team this week," Luke said. "I was able to drive and get some shots in because of my team passed me the ball. I got open and it really helped. It was a really great week."