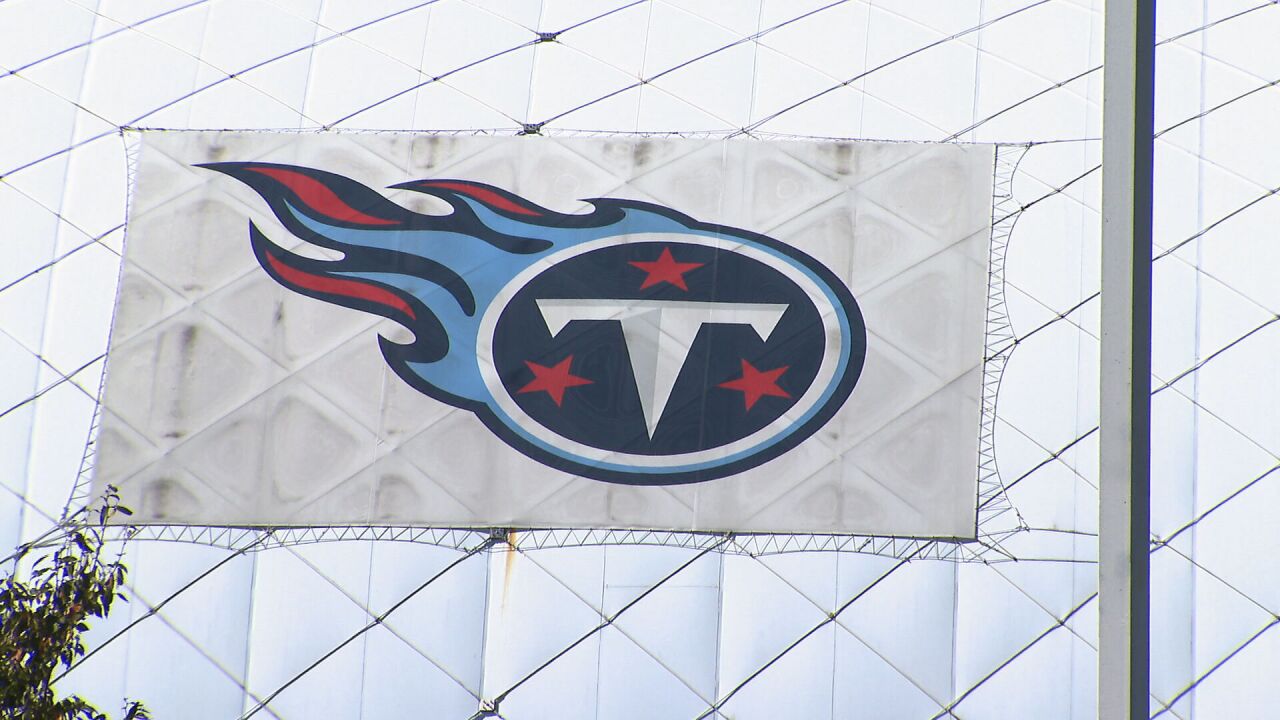 NASHVILLE, Tenn. — Two additional Tennessee Titans players have tested positive for COVID-19, according to reports from ESPN and the NFL Network.

The latest positive cases come one day after the NFL announced the team would not play the Pittsburgh Steelers in Week 4. That game is being rescheduled for later in the season.

With these two new cases, 13 members of the Titans have contracted the virus: seven players and six personnel members.

On Tuesday, the Titans said they were shutting down facilities until Saturday in response to an initial outbreak of confirmed cases.

The Titans' outbreak marks the biggest COVID-19 scare the NFL has experienced to date. Because the team traveled to Minnesota over the weekend for a game against the Vikings, both teams suspended in-person operations starting Tuesday.

Sunday's game against the Steelers was supposed to be the first game the Titans planned to allow fans in attendance at Nissan Stadium. Dr. Alex Diamond, with Vanderbilt Sports Medicine, agreed with the NFL's decision to postpone the Steelers game.

"Certainly, it's disheartening and difficult to cancel games and reschedule, but certainly, I agree it's the right move to make," Diamond said.

While the Titans are the first NFL team to deal with a COVID-19 outbreak in the 2020 season, Diamond predicts they won't be the last. He says all NFL teams should be prepared to shut down operations for two weeks, in order to ensure the virus doesn't continue to spread.

This story was originally published by Laken Bowles on WTVF in Nashville.

Copyright 2020 Scripps Media, Inc. The Associated Press contributed to this report. All rights reserved. This material may not be published, broadcast, rewritten, or redistributed.