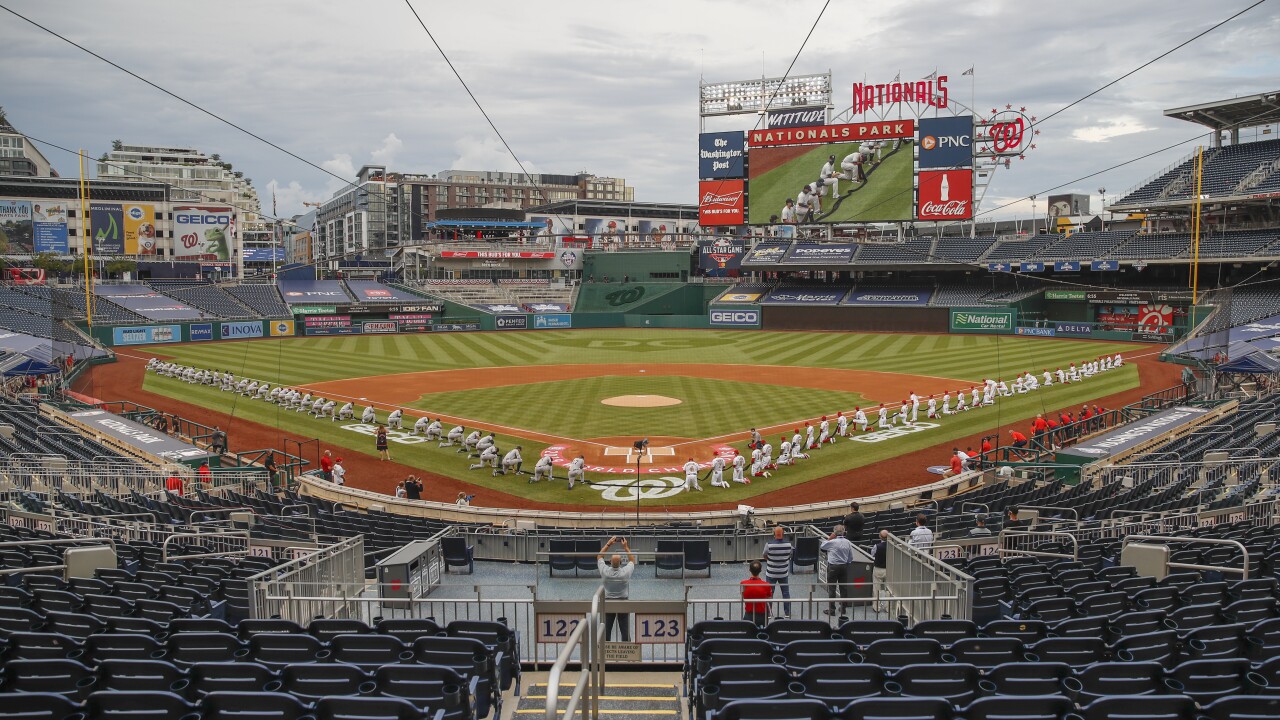 Copyright 2020 The Associated Press. All rights reserved.
Alex Brandon/AP
Members of the New York Yankees and Washington Nationals kneel before the start of the first inning of an opening day baseball game at Nationals Park, Thursday, July 23, 2020, in Washington. (AP Photo/Alex Brandon)

The pregame ceremony at Nationals Park on Thursday to start the 2020 MLB season was a reminder of several crises facing America in recent months.

The pregame ceremonies started with leading infectious disease expert Dr. Anthony Fauci throwing the ceremonial first pitch in an empty Nationals Stadium, an indication that the 2020 season was disrupted by the coronavirus, which has claimed over 144,000 US lives. The MLB season started on Thursday, nearly 15 weeks later than scheduled.

Fauci’s throw, which to his credit came from the stadium’s mound, bounced well wide of the plate.

And then members of both the Yankees and Nationals took a knee in honor of the Black Lives Matter movement. The teams knelt while an audio clip was played by actor Morgan Freeman about social justice, a nod to the recent unrest in the wake of the death of George Floyd while in police custody.

The game was the first official one played since last fall, when the Nationals won the 2019 World Series.

As part of the pregame ceremony, the Nationals celebrated their World Series victory.