A cold storm system will bring a threat of snow showers to Southwest California Wednesday through Thursday evening. This storm system will likely bring the lowest snow levels we have seen so far this season, with snow levels locally falling to 1500 feet or lower on Thursday. While the highest probability of snow accumulations will be in the areas covered under the winter weather advisory, there is the potential for brief snow showers in some areas that rarely see snow. 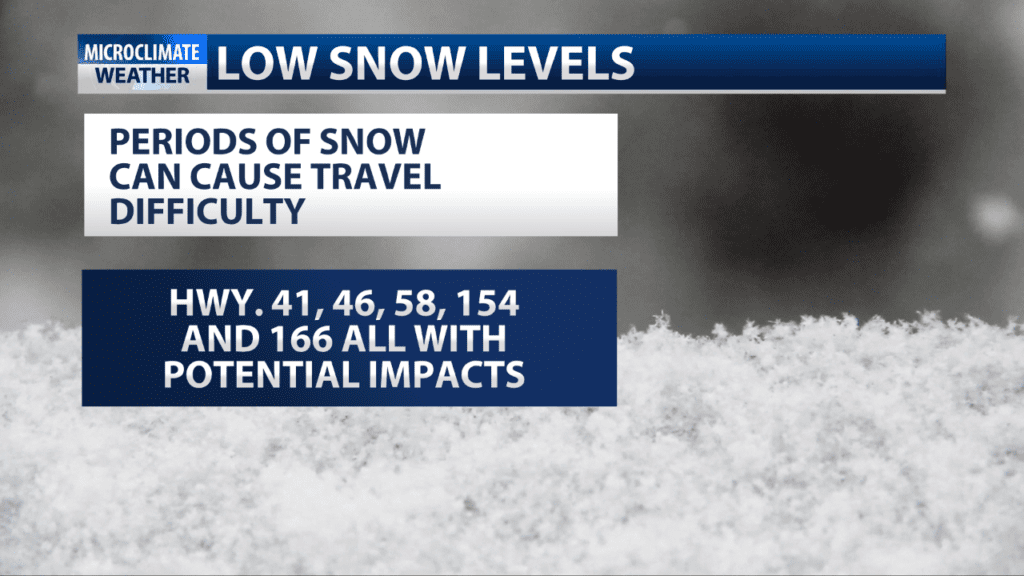 Could snow even hit the valley floors? Yes, it could but the best chance of it sticking is at elevations above 1500ft. For instance Paso Robles is 732ft. in elevation but the Cuesta Grade is 1522ft.

This potential for low level snow means Highways: 41, 46, 58, 154 and even perhaps the 101 could see snow at higher elevations. The winter weather advisory is mostly for the tricky and slippery travel conditions.