A trough of low pressure continues to stay put over California, which will bring a chance of drizzle through the morning commute and mostly cloudy skies for the rest of the day. 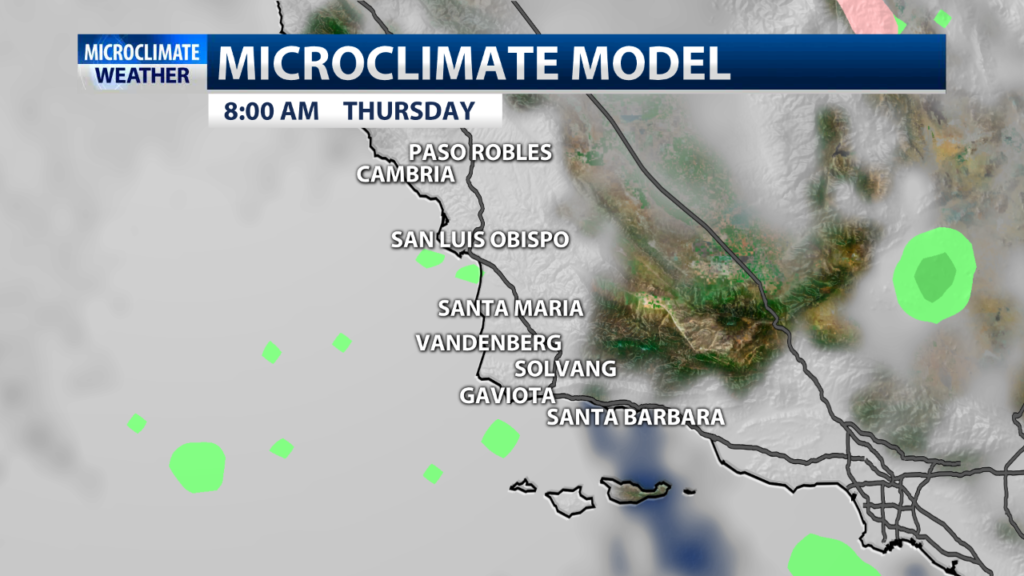 Daytime highs are cooling down by a few degrees Thursday. Temperatures for the beaches and coastal valleys will generally range from the low to mid-60s and the interior valleys will sit right around the upper 60s.

Weather models are indicating that each day leading up to Monday there are chances for isolated showers, mainly over the mountains and foothills. Sunday is an exception to this as much of the area could see light showers at some point during the day Sunday. Rainfall totals are expected to be light again and under .20’’.

Memorial Day will be mostly clear with slightly warmer temperatures. The rest of next week looks good with warmer daytime highs that could reach the 80s for the interior valleys, and so far, no rain chances.