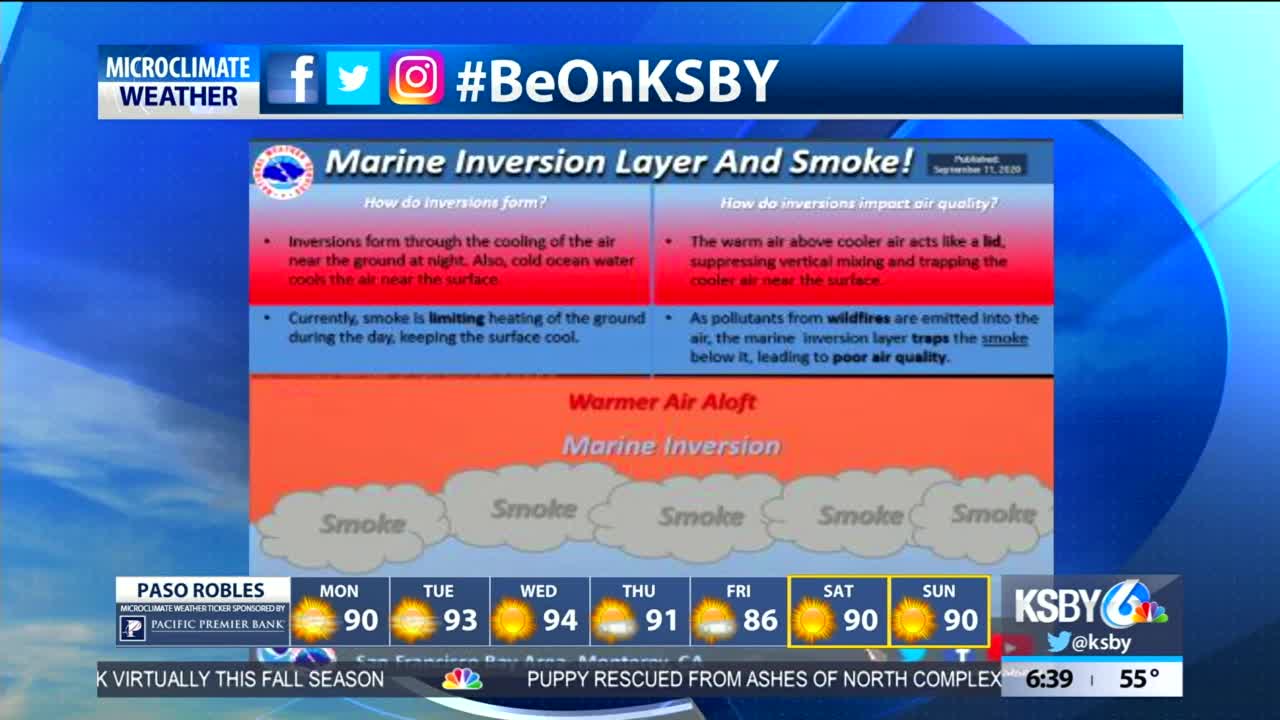 Dense fog is blanket the Central Coast Monday morning. A dense fog advisory will remain in place through the 9 o'clock hour for San Luis Obispo and Santa Barbara Counties.

Dense Fog Advisories will be in effect for the Central Coast, Santa Ynez Valley, and the Salinas River Valley around Paso Robles thru 9 AM this morning. Motorists should slow down and not use high beams. Fog should lift by mid morning. #cawx #CentralCoast pic.twitter.com/Ov3CpHG6Xq

Besides the fog, the smoke from nearby wildfires continues to remain in the forecast. These conditions will also continue to influence daytime highs as the smoke is limiting the heating of the ground during the day, which in turn is keeping surface temperatures cooler. However, as conditions improve, the daytime highs will gradually begin to increase. Temperatures for the inland valleys will be in the 80s and 90s and the coastal valleys will be in the 70s and 80s. As for the coast, the marine layer could keep temperatures on the cooler side and from the mid to upper 60s.

According to the San Luis Obispo Air Pollution Control District, moderate to unhealthy air quality levels remain in the forecast for Monday. The air pollution control district for Santa Barbara County is forecasting similar conditions. Between the two counties, it is being advised that those with sensitivities or pre-existing health conditions limit time outdoors.