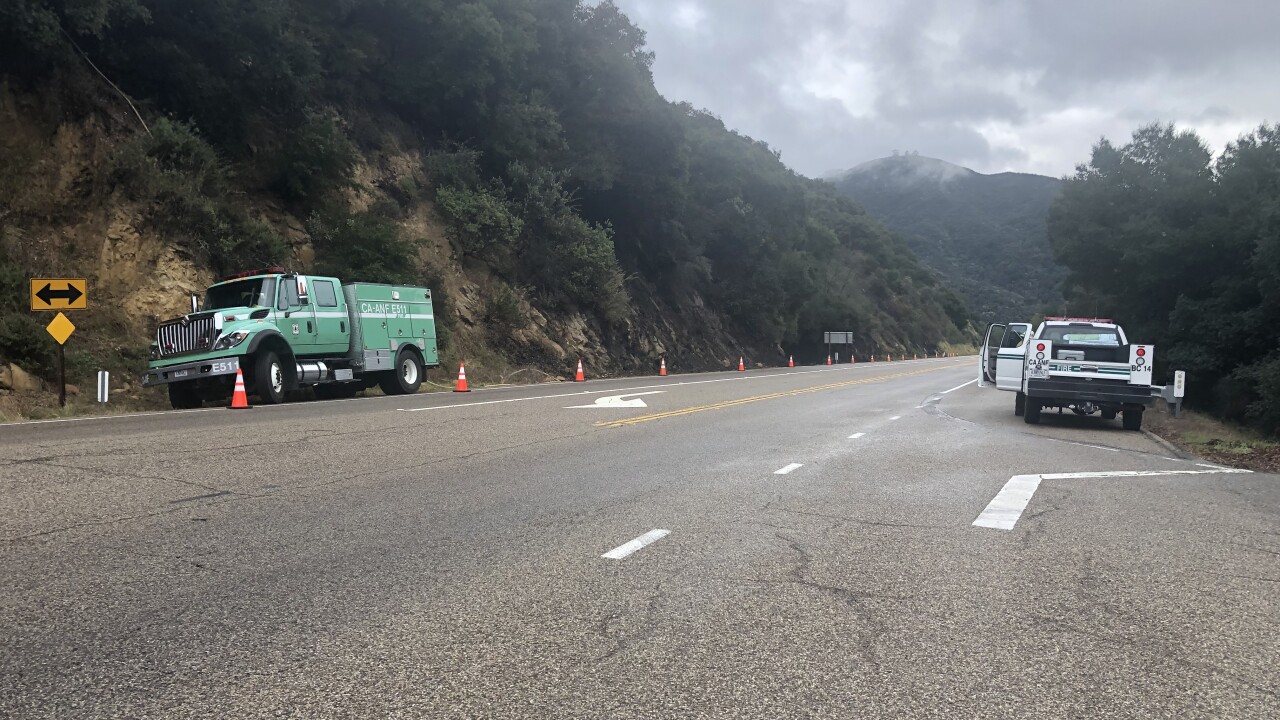 Copyright 2020 Scripps Media, Inc. All rights reserved. This material may not be published, broadcast, rewritten, or redistributed.
KSBY
Highway 154 was reopened Tuesday after a brush fire late Monday afternoon. 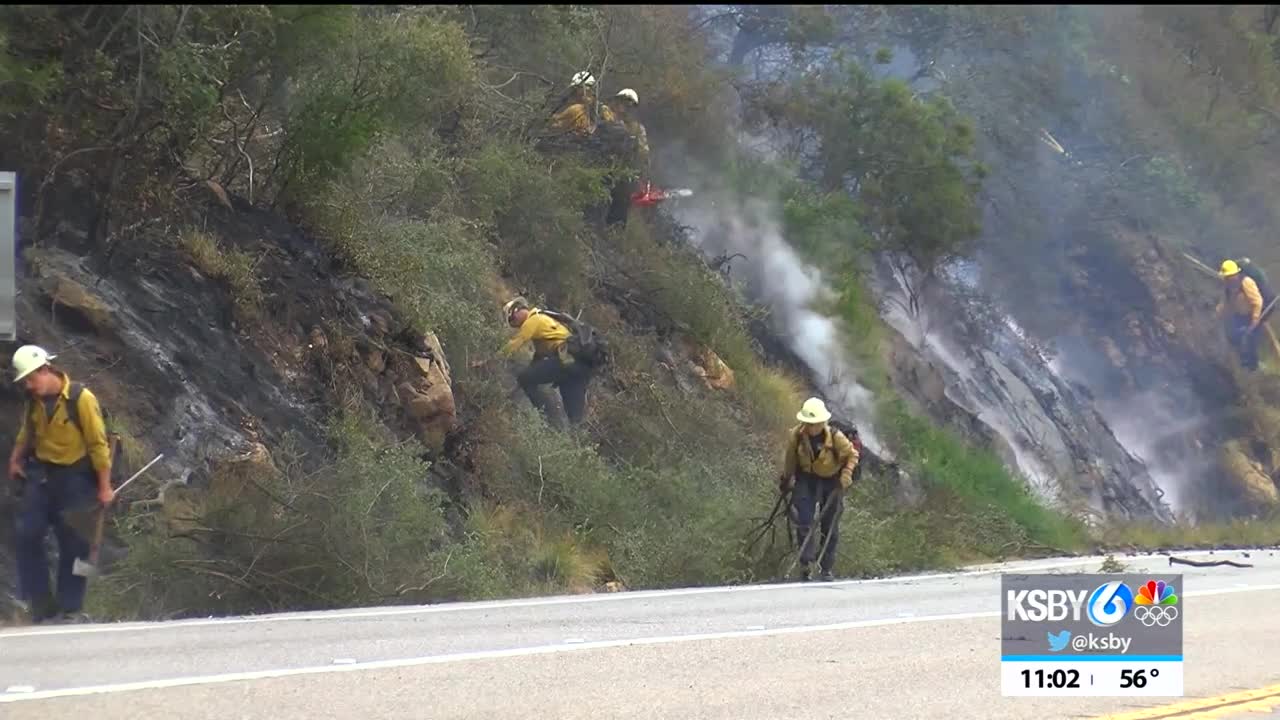 UPDATE (11:55 p.m.) - Highway 154 remains closed, with the CHP only allowing local residents through.

The cause of the fire is still unknown at this time.

Bertucelli says 5-6 acres burned along the 154 and West Camino Cielo, just a few miles away from where cave fire scorched over 4,000 acres last November.

"We have had significant fires in this stretch of roadway over the years. We had the Whittier Fire burned just down the road here, the Cave Fire, the Painted Cave Fire back in the 1990's - so fires aren't unlikely in this area," Captain Bertucelli explained.

The fire Monday showed just how dry our area has become.

"A lot of people wonder how a fire like this can happen in the winter time, but the reality is we haven't had rain in 10 weeks. Our last significant rain was in late December," Captain Bertucelli said.

Captain Berrtucelli says they are staying vigilant with staffing, having helicopters, dozers and engines ready at a moments notice year round.
___

UPDATE (6:10 p.m.) - Santa Barbara County Fire officials say the Camino Fire is not as big as originally thought and is no longer growing significantly.

"We're making really good progress," Bertucelli said, adding that forward progress has been slowed and the fire is not expected to grow in size.

The fire started at about 4;30 p.m. along Highway 154 near West Camino Cielo and burned up-slope on the north side of the highway.

The Santa Barbara County Sheriff's Office issued an evacuation warning for the residences along Camino Cielo and in the Painted Cave community.

Bertucelli says the warning is currently being reassessed but has not yet been officially lifted. He anticipates it being lifted later Monday night.

"We were able to knock this fire down with ground crews as well as with help from the helicopter," Bertucelli said.

The Camino Fire is burning in the vicinity of the Cave Fire from November.
___

CalTrans officials say the San Marcos Pass is closed from Highway 192 to the Highway 154/246 roundabout near Santa Ynez.

Drivers are asked to detour from Highway 154 to Highway 101.

Firefighters are battling a brush fire along Highway 154 near Santa Barbara.

The Santa Barbara County Sheriff's Office has issued an evacuation warning for the immediate area of Highway 154 and Camino Cielo.

Highway 154 is closed in both directions from Painted Cave Rd. to East Camino Cielo.

Authorities are diverting traffic away from the San Marcos Pass and are asking drivers to take alternate routes.

Santa Barbara County Fire Captain Daniel Bertucelli says the fire has burned about 15 acres as of 5:15 p.m. and is burning uphill on the north slope.

Officials are referring to the fire as the Camino Fire. It is burning near where the Cave Fire burned in November.

A helicopter has been called to the scene to help fight the flames, according to fire officials.

Copter 308 making a drop on the Camino Incident. pic.twitter.com/U8B8hOWv4q