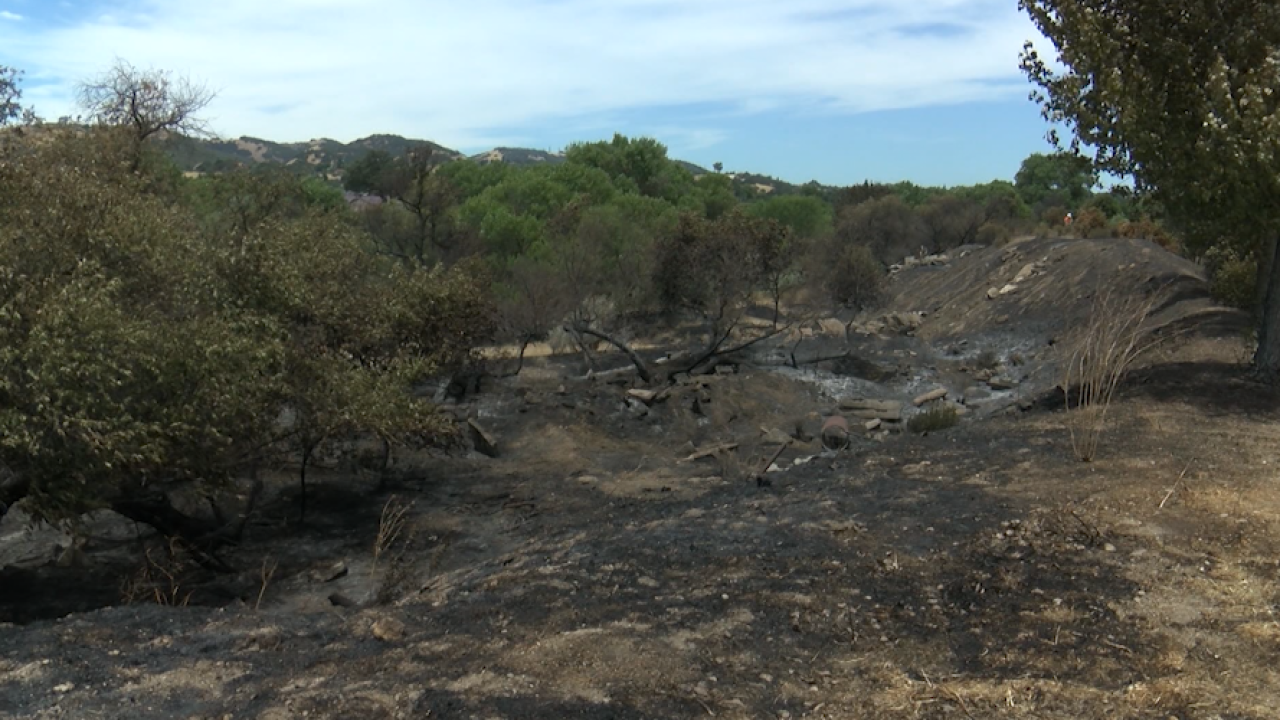 A heated letter was penned to the state's EPA by local leaders Wednesday, accusing the Central Coast Regional Water Board of refusing to take seriously the threat of people's lives and property due to the overgrowth conditions in the Salinas Riverbed.

"We're really wanting them to understand that we have a severe problem and this is just the start," Supervisor Peschong said. "The fact we lost two homes and many people were displaced -- we have five or six homes that have a lot of heavy damage to them and it's going to take them a while to get back together, [following the River Fire]. This could have been so much worse; this could've been like Paradise, California."

The water board says they're "blindsided" by this approach and argues they had been in communication with the city a few weeks prior to Monday's fire.

"I think a more effective and collaborative approach would've been for Mayor Martin, Supervisor Peschong, and Assemblyman Cunningham to reach out to me and my management team to express their concerns and discuss an agreeable path forward," said Matthew Keeling, the Executive Officer of the Central Coast Regional Water Board.

"Our intent was to work with them -- have a plan developed prior to this Spring and Summer, and we have yet to receive that plan from the city," Keeling said. "Our hope that was that plan would have been in place so that they could do some of the fire mitigation work prior to this fire season."

This back and forth has neighbors that live nearby the riverbed feeling "forgotten." Trees from the riverbed are now intertwined with power lines, and the brush behind people's homes on Ferro Lane continues to dry out.

"They don't come over here and they don't clean it up -- that's the thing," said neighbor Eduardo Ramos. "They gotta come here, bring the city, bring everyone that needs to come over here and chop all those trees down because that's gonna cause a problem next time -- I'll bet you anything."

The city estimates there were more than 90 fires started in the riverbed in 2019.