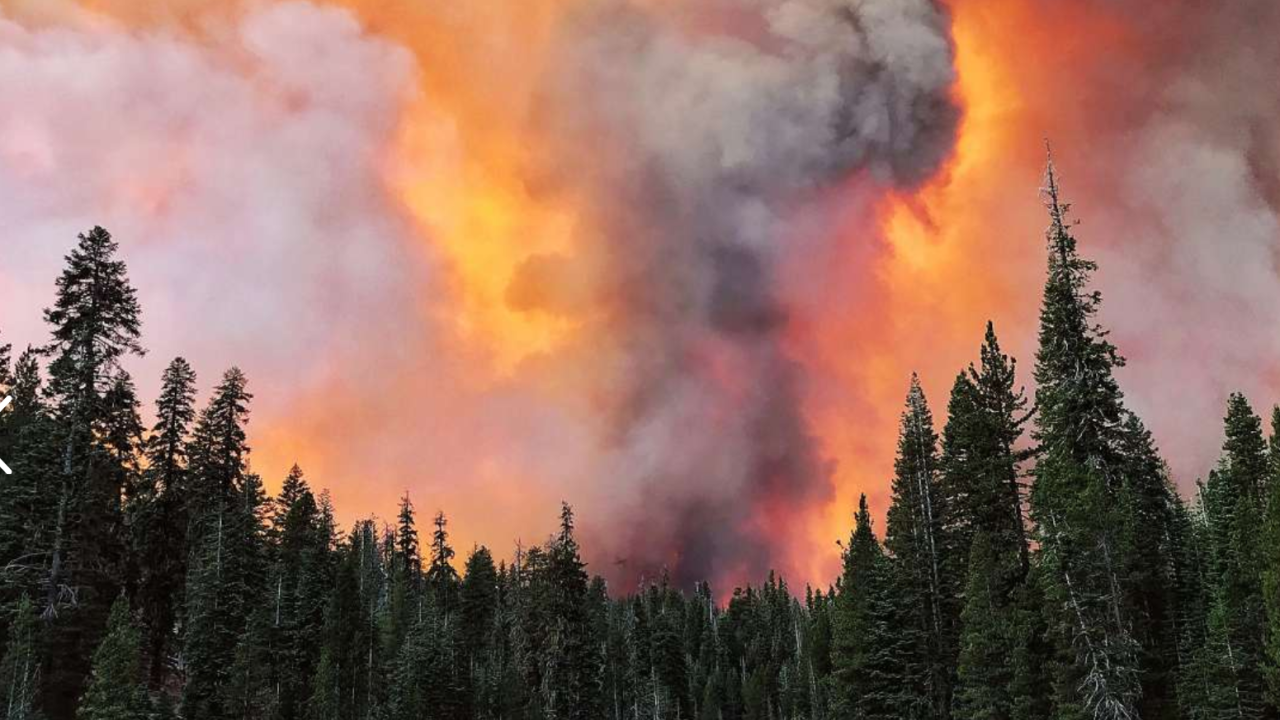 Smoke from the Creek Fire billows beyond a ridge as seen from Huntington Lake on Saturday, Sept. 5, 2020, at Huntington Lake, Calif. (Eric Paul Zamora/The Fresno Bee via AP)

Multiple fire agencies, including the Fresno City Fire Department, are responding to the Creek Fire burning northeast of Shaver Lake in Fresno County.

The Creek Fire is currently is 36,000 acres and zero percent contained.

The fire is being considered a multi-casualty incident, as several people have now been injured by the flames.

Fresno Fire is on scene of a multi-casualty incident receiving patients injured by the Creek Fire, information is incomplete at this time regarding how many patients and severity of injuries. Several aircraft are transporting victims to FYI airport, National Guard assisting.

According to the Fresno City Fire Department, 63 people were rescued Saturday night.

Updated information for MCI incident: So far, 63 people rescued by military helicopters and delivered to FYI, 2 severely injured patients, 10 moderately injured and 51 others with minor or no injuries. Aircraft are returning to continue rescue operations. Unknown how many more.

Around 7:30 p.m., the Madera County Sheriff Office said in a Facebook post that 150 people were unable to evacuate from the Mammoth Pool Reserve in the Sierra National Forest.