Evacuation orders lifted for many Californians who fled fire 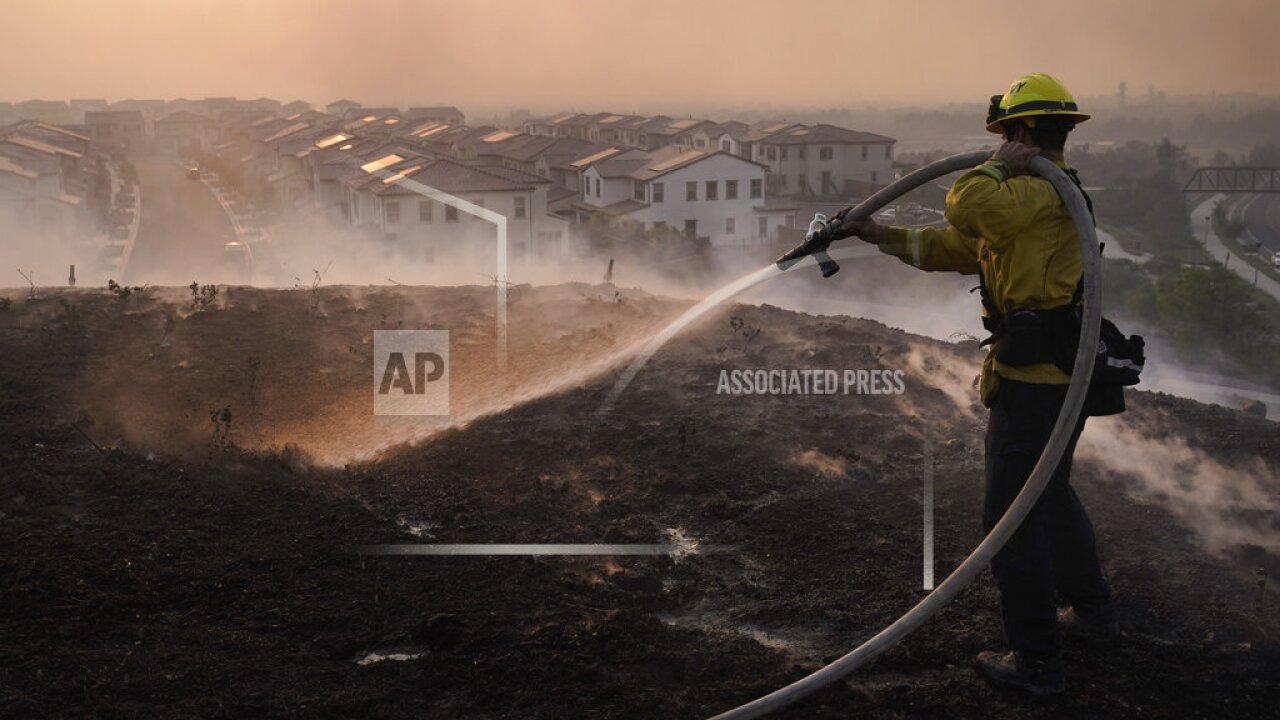 LOS ANGELES (AP) - Thousands of Californians have been allowed to return to their homes as calmer winds helped firefighters beat back two wind-driven wildfires that had spurred widespread evacuations.

Roughly 100,000 people were ordered to evacuate Monday after the wildfires broke out in brushy hills above cities in Southern California's Orange County.

On Wednesday, evacuation orders were lifted for all residents in the city of Irvine but remained in place for some other areas.

Firefighters were trying to contain the two blazes as the fierce winds subsided.

The cause of the Silverado Fire near Irvine is under investigation. The Southern California Edison utility reported to state officials that it was investigating whether its equipment might have sparked one of the fires.