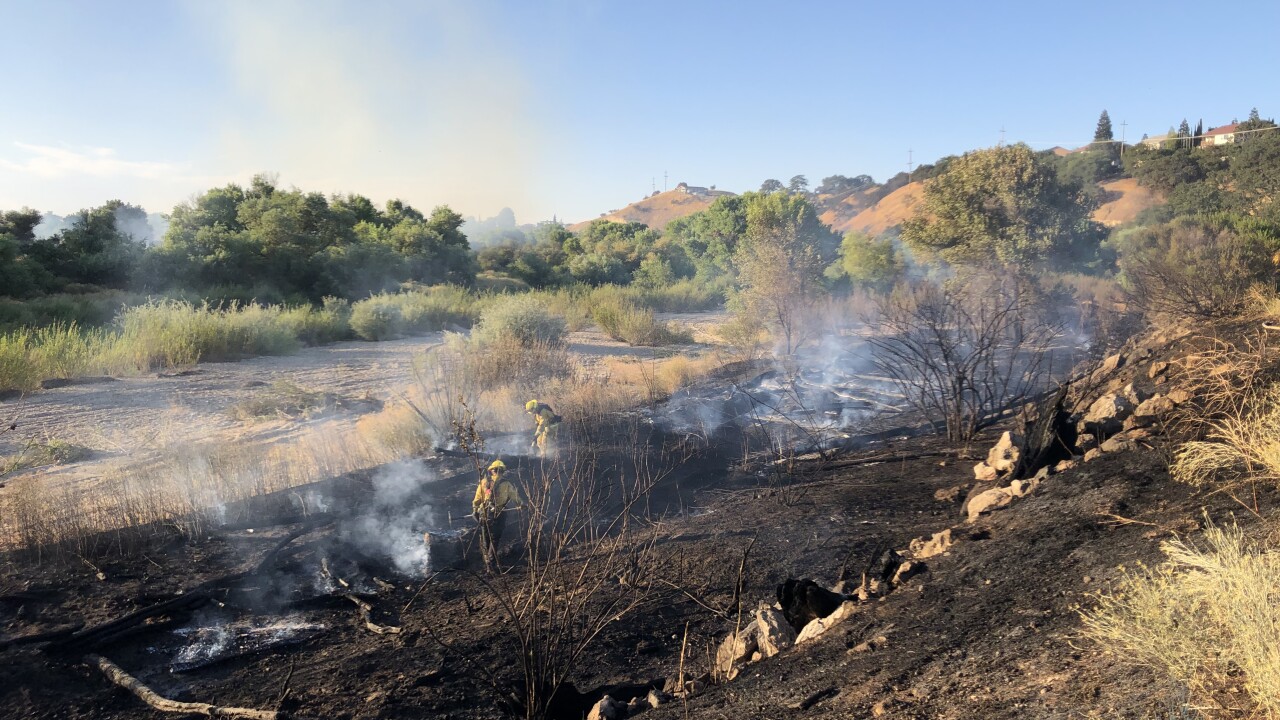 Fire officials say no air drops ended up being made on the flames.

The fire reportedly sparked near the Navajo Avenue river walk trail. The cause is under investigation.

Thursday, a half-acre fire broke out near a homeless encampment near Niblick Road, officials say.

There have been no reports of any injuries or structural damaged.


ORIGINAL STORY: Firefighters were battling another fire that broke out Friday evening in the Salinas Riverbed in Paso Robles.

Paso Robles police say the fire is burning between 13th and Navajo and traffic is blocked on S. River Road in that area.

Many people in the area are reporting seeing smoke from the fire.