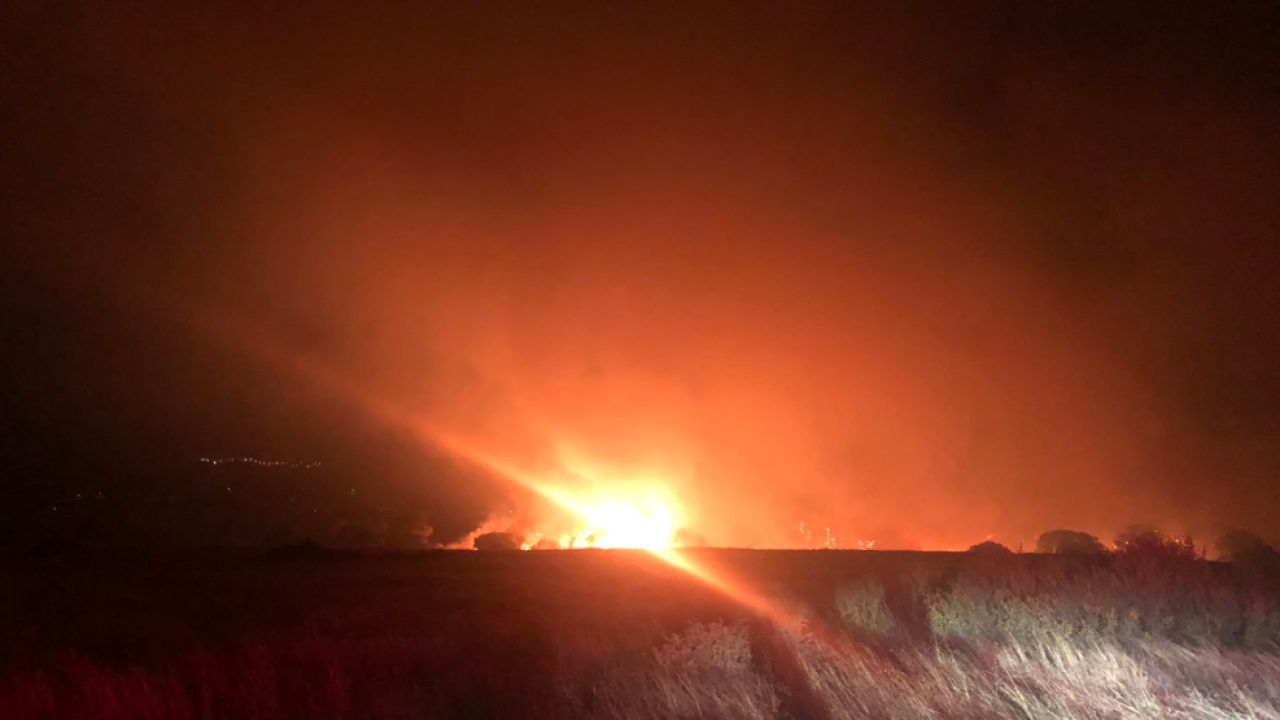 UPDATE (3:44 p.m.) - CAL FIRE reports that the Cross Fire, which broke out Tuesday night near Camp Roberts burned 275 acres and is 80 percent contained.
__

(8:02 a.m.) - Firefighters are continuing work to contain a grass fire that broke out near Camp Roberts Tuesday night.

As of early Wednesday morning, Cal Fire officials say the fire had burned 289 acres and crews had contained 30 percent of the burn area.

Firefighters will focus on improving containment lines and continue mop up work throughout the day Wednesday, according to Cal Fire.

Fire officials warn smoke will be visible from Highway 101 near Camp Roberts.

[UPDATE] #CrossIC Firefighters made good progress overnight. Crews will continue to improve control lines and mop up today. Smoke will be visible from HWY 101 near Camp Roberts. Fire is holding at 289 acres and 30 % contained. pic.twitter.com/1NilfxR6BV