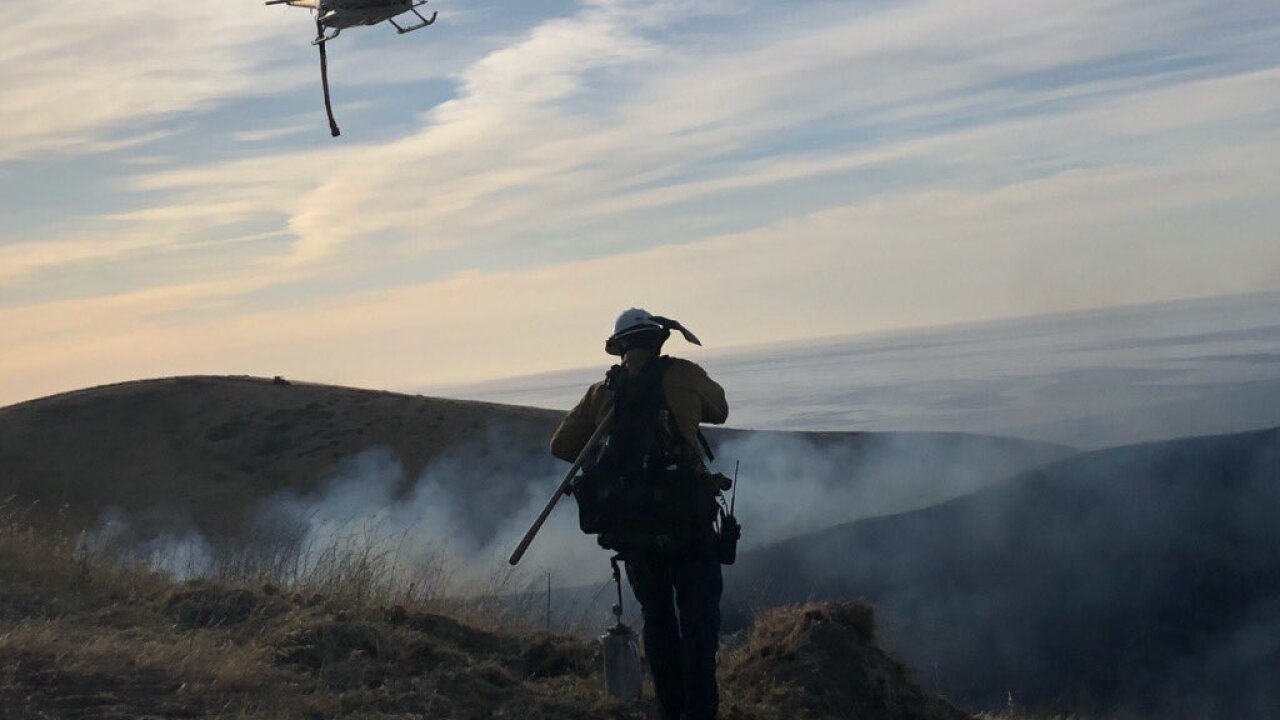 Bertucelli says as of 6 p.m. Saturday full containment was reached and all firefighters were released from the incident.
___
UPDATE (05-09-2020): Fire officials say the Hollister Fire is now 95 percent contained.

25 firefighters are remaining on scene. All evacuation warnings have been lifted.

The fire started at about 2:00 a.m. Thursday on Hollister Ranch Rd. north of Gaviota.

The fire quickly burned 156 acres but forward-progress was stopped by the afternoon.

The cause of the fire in under investigation. No injuries were reported and no structures were threatened.