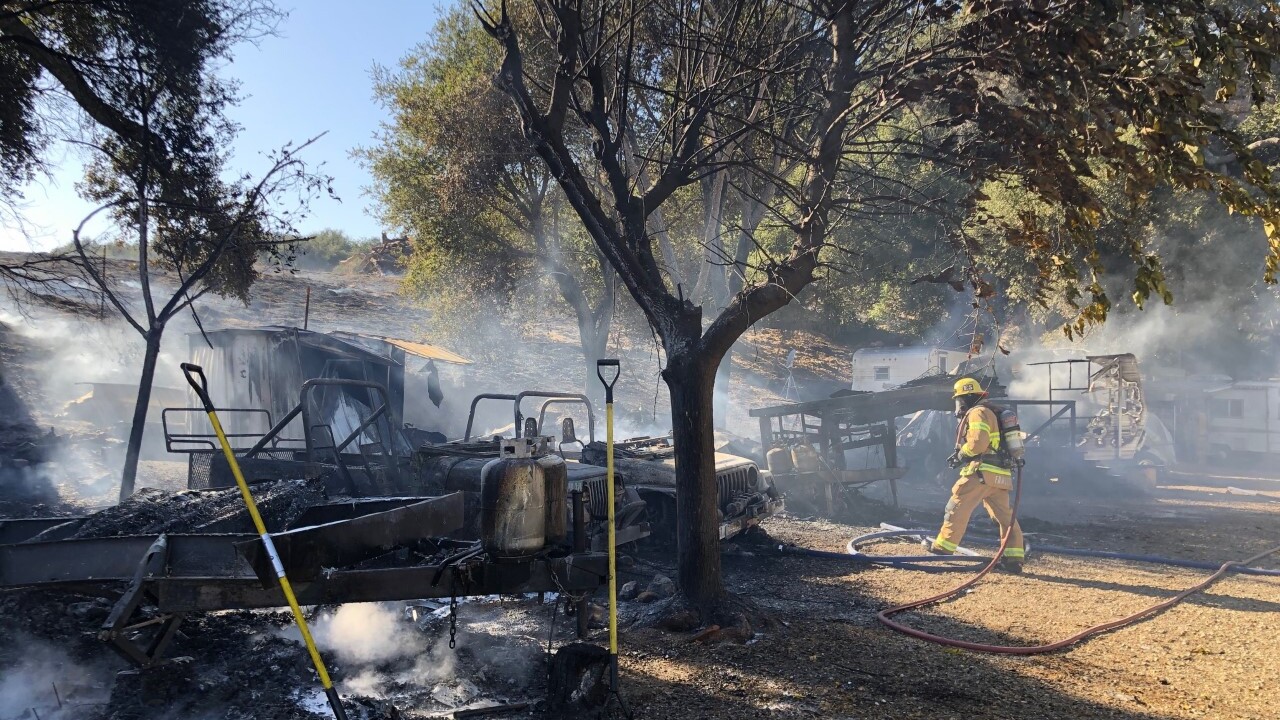 Upon arrival, fire crews did not see any people inside of the trailers, according to Craig.

The vegetation fire was threatening other structures, but crews were able to stop forward progress of the fire when it was approximately half an acre before it could reach those structures, said Craig.

Crews will continue to mop up any remaining hot spots from the incident.

According to a CAL FIRE SLO spokesperson, crews received initial reports of several trailers on fire on Alamo Creek Road at approximately 11:30 a.m.

CAL FIRE SLO officials said multiple trailers were destroyed, but it is not yet known how many.

Fire officials said the fire from the trailers spread half an acre into vegetation.

CAL FIRE SLO crews first responders, including an aircraft, to extinguish the trailer and vegetation fires, said the spokesperson. Units are still arriving at the scene.

It is not known if there were any injuries in the incident.

Fire crews are investigating the cause of the fire.

KSBY is sending a crew to the scene to obtain more information.

This story is developing. Please check back later as updates become available.