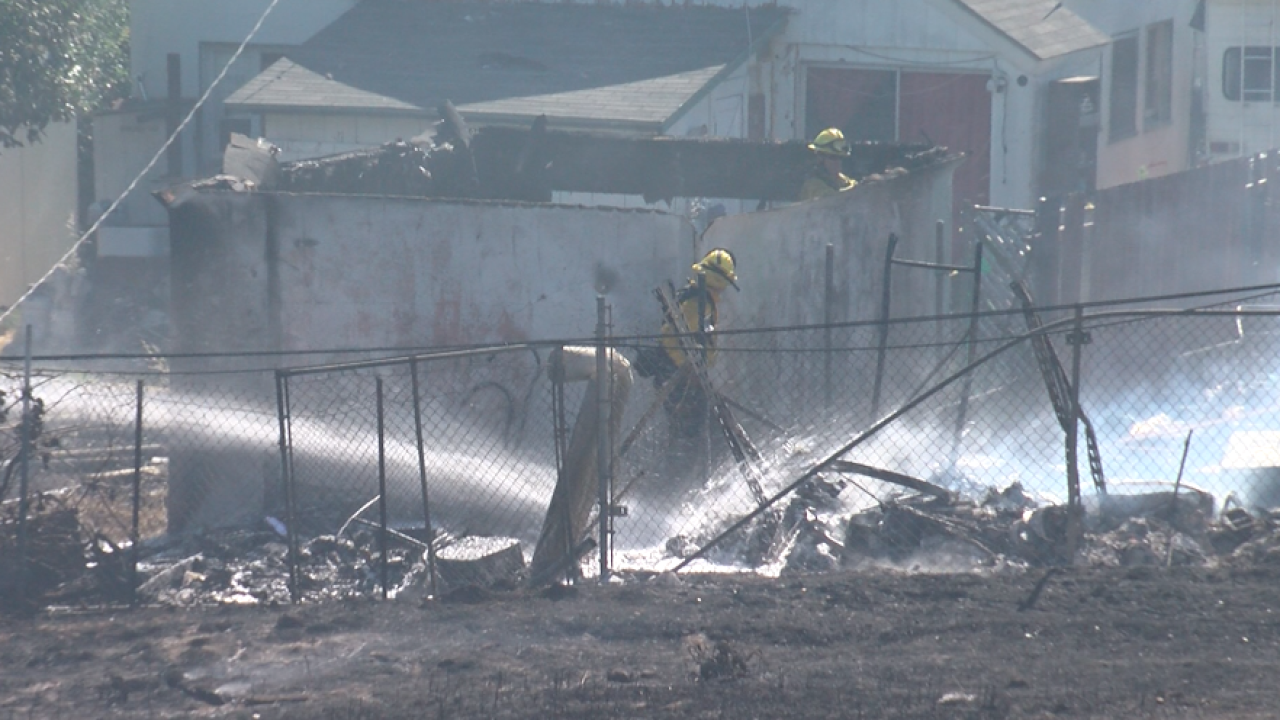 Fire crews were put to the test again Monday, after a fire quickly moved from the Salinas Riverbed into several Paso Robles neighborhoods.

Despite evacuation orders, some decided to stay behind and try to save the homes of their friends and family.

"I was scared but there so much adrenaline at the same time... I've never been in any sort of firefight like this. Some other guys drove up with a silver car and a shovel and said "You want some help?" So we were fighting fire right on this front. It was really scary actually," said Waterfield.

Once the smoke cleared, some neighbors were able to breathe a sigh of relief over their homes being saved.

"It's just so frightening when you see what the fire can do when it blazes through," said Gretchen Clark, a Paso Robles resident. "When we came around the corner, we saw the shards of a house and immediately thought it was ours, but once we got in further, we saw that our house was still standing."

Others weren't as lucky. The Paso Robles Fire Department says two homes were burned and four others were severely damaged.

"You always think it can't happen to me, but guess what -- it can," Clark said.

Fire crews are expected to stay on scene Monday night mopping up.